What exactly is child abuse? Child abuse is any maltreatment of a child by any means that may cause a child emotional or physical harm. A child abuser doesn’t necessarily have to be a stranger, often we find them in our own families, neighbors, and inner circles.

The worst kind of child abuse that I’ve heard of is sexual child abuse. We’ve read countless news stories, and people narrating their personal experiences where children as young as a few months old become victims of child sex abuse. Whether in the form of touching, or actual rape, it’s still Earth shattering to know that kids have to go through such agonizing experiences.

I’ve recently been reading up a lot on child sex abuse cases and in most cases, I found that children mostly to never, tell their parents about their abuse or abusers. I’m about to become a mom in a few months, and it worries me to the core when I think about something happening to my child.

In our society, teaching a child anything about their bodies is such a taboo, that parents would rather turn a blind eye than discuss something like sex, or physical contact with their children. Mothers are hesitant in talking to their fully grown daughters about sex right before their weddings, then how on Earth are they going to muster up the courage to talk to a 3 or 4-year-old about whats right and whats wrong with people touching them.

It’s not just the girls that need to be educated, in fact, young boys need to be taught too. Any child can become a victim, and in order to prevent any cases, we need to create a bond with our children that they are able to come up to us and tell us when someone even says something to them about “keeping a secret”. 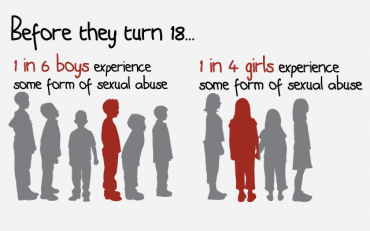 Here are a few ways we can talk to our children and create awareness in them about abuse, without actually having to “corrupt their innocent minds”:

You don’t have to tell them about what sex is, nor do you have to scare them in order to make them understand. Children at a very young age can comprehend what they’re being told provided it’s in a simple language. You can tell them the difference between appropriate and inappropriate touching.

From a very young age, we instill the concept of ‘private parts’ in our children. “No, don’t raise your dress”, we tell our little girls. “No, don’t put your hand in your pants”, we tell our boys. So if we can tell them that, we can also tell them not to let anyone else do that to them either.

We can also tell them just to clarify, that the only time it is actually okay for anyone to touch their private parts is when they’re being cleaned by mom, dad or whoever is the primary caregiver (that the parents specify). 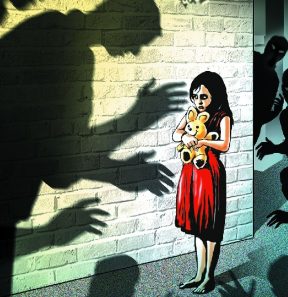 Children instinctively have a concept of ‘stranger danger’. For instance, upon seeing an unfamiliar face, children refuse to go near or even talk to them. But along with strangers, we need to make them aware of people in their immediate circles too.

As often the closest to the child can turn out to be the abuser; older cousins, uncles/aunts, drivers/maids/helpers/guards, older kids from school or the neighborhood.

Before anyone tells them they need to keep their ‘secret’, you should tell your child that mommies and their kids don’t keep secrets from each other. 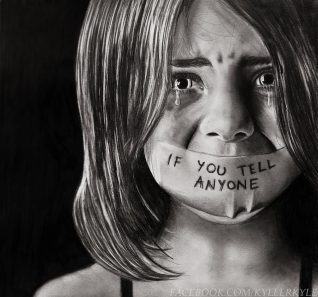 4. LISTEN to Your Child

Always, always, always listen to your child. They might not even know how to tell you properly in the case if an incident takes place, but still, listen to them and believe them.

If they tell you they don’t like a particular person, or they don’t want to meet them or go to their place, LISTEN AND BELIEVE the child. Try to get to the bottom of it as to why the child is saying this. If a child thinks you don’t believe something they say, anything at all, they will be hesitant in talking to you about abuse.

Don’t make your child feel as though they can’t talk to you. It doesn’t matter if they’re 2 or 20 years old. Your child should be able to talk to you and feel you will believe them. 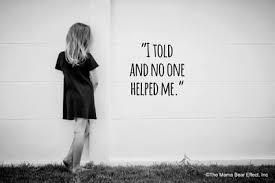 Teach your child to never go anywhere alone with someone, especially without asking you first. When at school, or anyone else’s house if someone asks them to go with them somewhere, teach your child to say no and to go to a more populated area as soon as possible. Offending someone else is better than having your child scarred for life.

Don’t leave them alone with hired help either. A lot of people keep nannies and babysitters. Please, if you’re doing so, don’t leave your child alone with them.

If they seem out of place when you ask them questions, give them an example like “when I was little, something happened that I thought would upset my parents and that they’ll be mad at me, and I didn’t want to tell them, but then I did and everything got okay. Has something like that happened with you?” or however you think you can reach your child, but please do talk to them.

There are certain giveaways and signs that are common in abused children. Here are some of the signs that you can keep an eye out for:

If you notice any of these signs, talk to your child and don’t be afraid to seek the aid of a professional (child psychologist).

Please don’t ever be afraid to take your child’s side. They are vulnerable and helpless. They don’t have anyone to turn to except you. Keep a close eye on their activities, who they interact with, and what they do when they think no one is looking. Safety and precaution come first.