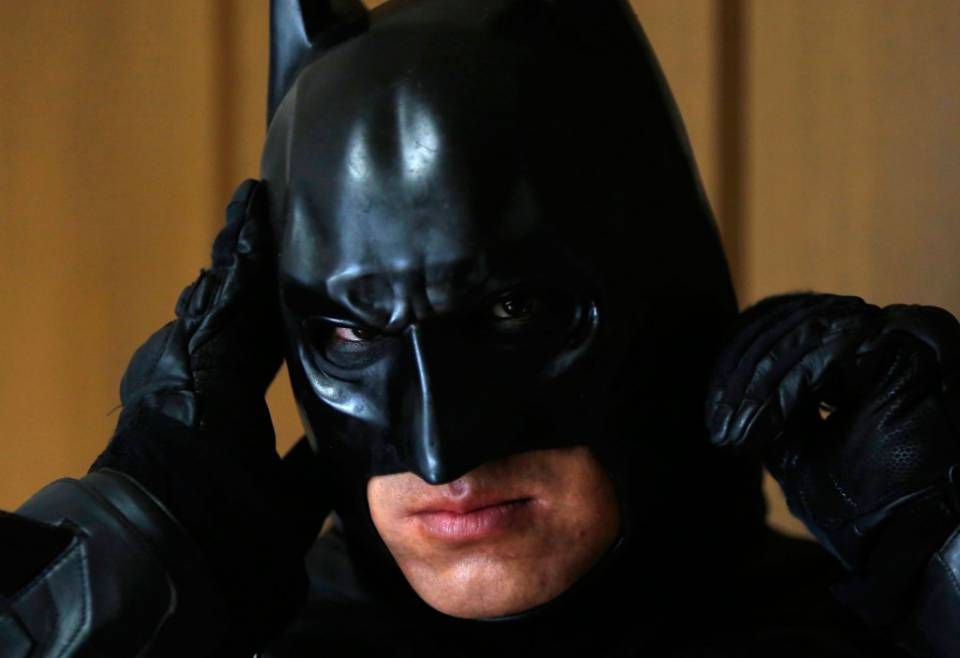 While thousands of people in Japan (emotionally affected by catastrophic earthquakes) see no hope to find their happiness back, Chibatman tries to bring along a new ray of hope.

Chibatman is a super hero of a totally different genre. Instead of fighting crimes he prefers bringing smiles to othersâ€™ faces. He works on the mission to spread laughter and happiness all around Chiba, Japan.

The Japanese version of Batman, Chibatman moves around the city of Chiba in his custom made vehicle. It took him around 4 months to build his ultra modified three-wheeled motorcycle, named â€˜Chibatpodâ€™ (based on the motorcycle (â€˜Batpodâ€™) used by Batman in the blockbuster movie, The Dark Knight).

He has been practicing this exercise for almost three years now, but he became a hero on the internet recently, after a video of him riding on a highway in Japan in complete Batman attire went viral.

Chibatman has made home in the hearts of hundreds of children in the city and has earned the status of a local superstar. Children love his presence and adore how he roams around the streets, all dressed up like Batman without feeling ashamed or embarrassed about it.

In addition to all this, Chibatman also dresses up as a Star Wars storm trooper and drives around the city in a truck to delight people. Chibatman promises to keep bringing happiness to the people of Chiba and plans to continue this hobby.

Moreover, he announced that he has no plans to build a â€˜Batmobileâ€™. Chibatmanâ€™s true identity has been kept secret. Nobody knows who the person behind the mask is.

The only available information about him is that he is a 41 year old welder.

India, the second most mentioned country on Forbe’s Fabulous 50!
Adam Rainer – A Man Who Was Born A Dwarf Died As A Giant
To Top