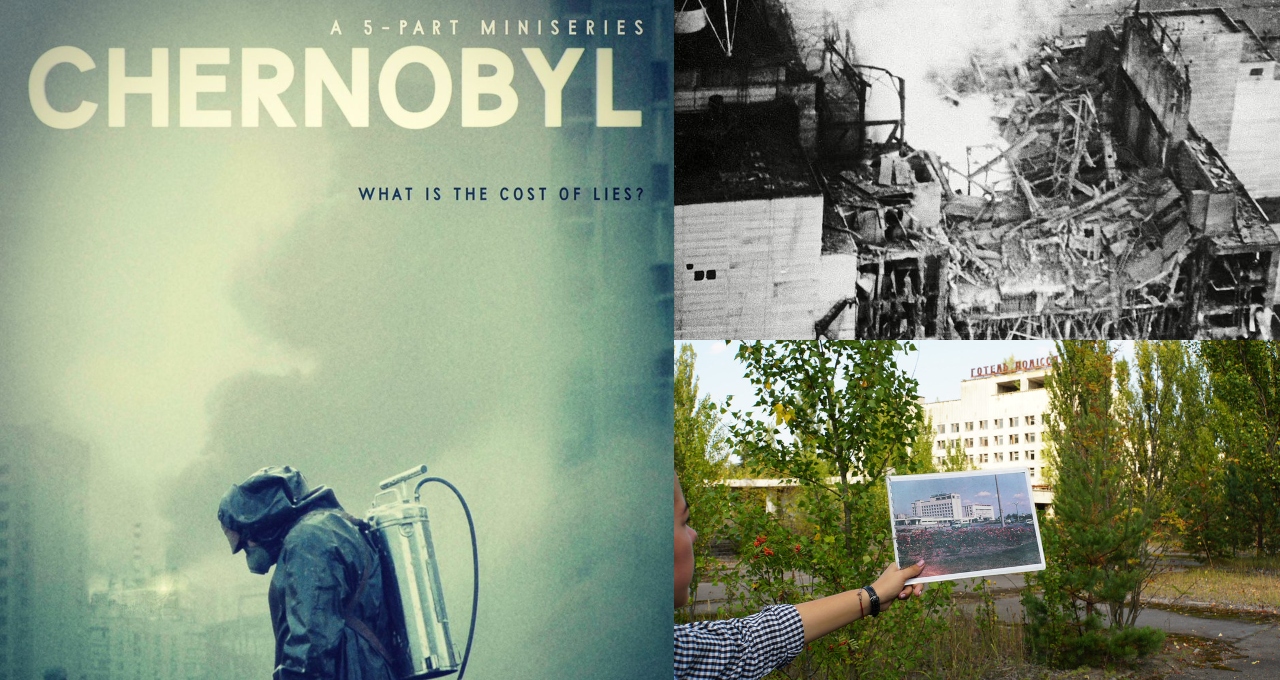 Chernobyl has diverted its way from being a national disaster to being a star setting for pop culture. Be it games, movies or T.V shows, there is always some kind of reference to Chernobyl.

Chernobyl is like a celebrity who had a very bad PR breakout. But then their PR team handled it so well that they are being cast in every new movie.

Odds are the first time you heard of Chernobyl was because of a video game or a movie. Or the recent HBO show called Chernobyl. Before I discuss the involvement of the catastrophe in our media, let me first tell you a little bit about the Chernobyl disaster. 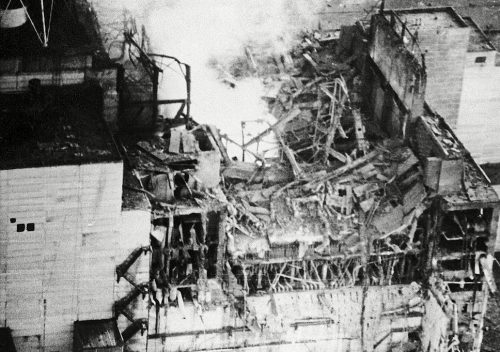 In the power station, there were 4 RBMK Nuclear Reactors. With each of them being able to produce 1000MegaWatts of electric power.

The Chernobyl nuclear disaster happened on the night of the 25th of April 1986. In the night a handful of sleep-deprived scientists began to run a series of tests on the reactor 4. The tests were simple, the scientist wanted to see if the reactor could still be cooled if the plant were to lost its power. That is exactly what the scientist did. But, they made one major mistake. They ignored safety protocols. Their ignorance proved fatal to not only the workers but also the people of Chernobyl. Their violation of safety protocols resulted in several power surges throughout the reactor which caused several explosions. These explosions were large enough to blow off the concrete and steel cover and exposed the core of the reactor. With the reactor’s core exposed radioactive material spewed into the environment.

Almost 50 workers died during the initial plant explosion. During this time the cold war was still going on and this would have looked bad for Russia. So, they tried their best to cover-up their mistakes. 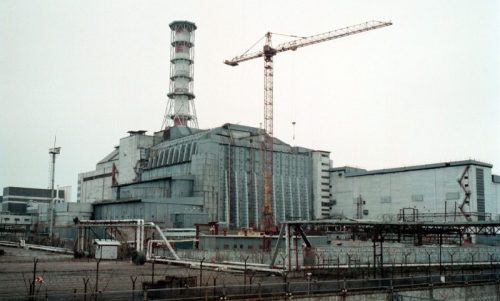 The Soviet Union did all it could to not let the disaster get international attention. They tried to contain the situation without even telling the folks of the nearby towns to evacuate. A lot of the people soaked in radiation and were sent to hospitals with rashes, bloodshot eyes and excessive vomiting. After 36 hours the nearby town of Pripyat was finally alerted of the disaster and the people were asked to evacuate.

Pripyat was made for the plant workers and their families. In a day everything was abandoned, apartments, parks, schools, and restaurants. There was no sign of human life left, except the debris left behind. This is how Pripyat got its title of the Ghost-Town.

No one can live in Pripyat because some parts of it are still highly radioactive. It is estimated that the neighboring area of the Nuclear Reactor cannot be inhabited for another 20,000 years; that is a long long time.

Well, the Soviet Union was not able to cover this up for long. As the airborne radioactivity was being picked up by Swedish monitoring stations. They made a brief announcement on April 28th a full three days after the disaster had happened.

The next process was to contain the disaster and not let it spread anymore. 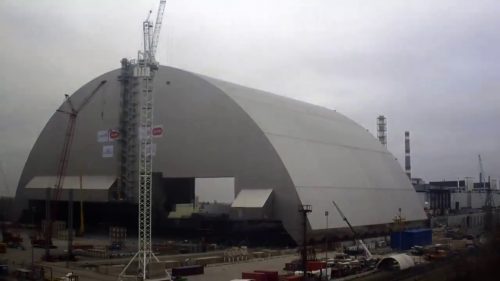 The containment dome built after 2016 to properly contain the radiation

The Soviet Union used helicopters to spray sand, boron clay and lead on the blazing fire that was set on the exposed core. After the flame was simmered down the Soviet tried clearing the debris with unmanned remote-controlled robots. This didn’t work as the radioactivity jammed and rusted the machinery. Afterward, groups of men were brought in to clear 100 tons of radioactive material from the area.

Later in the same year, a steel sarcophagus was made to contain the plant’s reactor. Despite not being design structurally the best it was placed over the reactor up until 2016. In 2016 a new container was built which was much better than its predecessor. 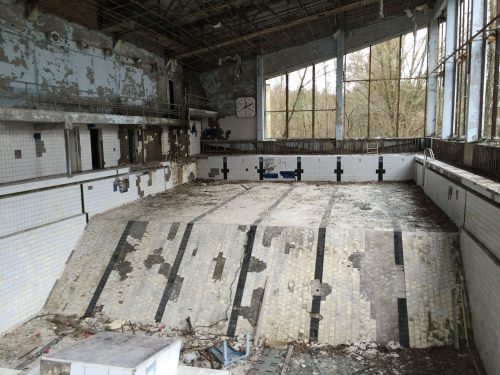 The soviet union finally established a 19-mile exclusion around the reactor and uprooted 335,000 citizens. A UN report posted that around 6000 children and adolescents developed thyroid cancer. Due to the cover-up attempts which increased the exposure of civilians to radioactivity.

The disaster caused $235 Billion in damaged and contaminated more than a quarter of agricultural land in Belarus. The Chernobyl Disaster is also said to be the driving factor in the collapse of the Soviet Union.

After reading all of the things I mentioned above, I think you would agree it is not something to joke about. Chernobyl is a dark twist of events and it brings the popular Fallout videogame series to life. It is very interesting, scary and fascinating to say the least. I myself enjoy movies, documentaries and video games based on dark twisted events. This is a simple human psyche, we find all of this fascinating because nothing of the closest would ever happen to any one of us. This is why there are so many things in our culture nowadays that points to Chernobyl. Not only that but it has become a business as well. 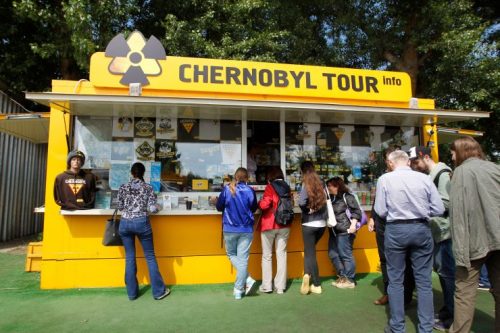 In conclusion, Chernobyl has become a thriller movie come to life and not cashing in on that would be stupid. Furthermore, there are full fledge Chernobyl tours set up, where a tour bus would take you around the town of Pripyat. The tour will tell you about the day it happened and described stories heard from the survivors and residents of Pripyat.

The biggest part Chernobyl has played is in video games. I personally enjoy playing games set in dystopian environments and there are a lot of other people too like me.

Games based on or having referenced Chernobyl.

For T.V shows there is an HBO show called Chernobyl which is a documentary style miniseries created by Craig Mazin and directed by Johan Renck.

4 ways to tell a girl you like her & 4 ways not to!
This Brave Girl Confronted A Man Who Flashed And Masturbated At Girls In A Park In Islamabad!
To Top