In recent years, Syria has become the hallmark of terror and chaos. Civilians continue to flock outside the premises of the country to seek refuge from the mayhem happening in their country. Innocent lives are being killed, children are brought down and hope is disappearing. There have been many attacks in Syria. The condition of Aleppo is surely evident of the war-struck conditions and just recently, we learned of another attack.

On the 4th of April, a chemical attack was launched in the opposition area of the northern town of Syria-Khan Sheikhoun located in the province of Idlib. It is officially reported that almost 58 people were killed, including 11 children, according to a local health worker it is estimated that the death toll can rise up to 100 and more than 300 people were injured and suffocated due to this chemical attack. 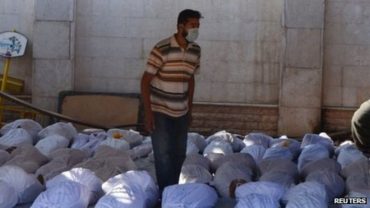 Another doctor in Idlib said that this incident is reported as being worse than the incident that happened back in 2013.  This is the third chemical attack in Syria within a week, the previous two were reported in the Hama province of Syria.

Speculations behind the attack:

An opposition group in Syria, the Syrian national coalition, accused the government of carrying out this chemical attack through the use of their jets. As a response to it, Syrian military denied this accusation by saying that they will never use any toxic object anywhere. 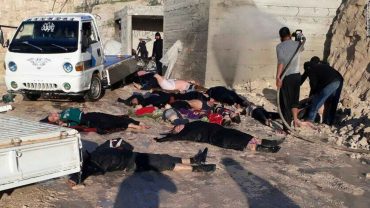 One of the Syrian activists claimed that the suspicious chemical attack was carried out through air strikes, either by the warplanes of Syrian or the Russian government.

The intensity of the attack:

A photographer of Idlib Media center reported that he heard the sound of a blast at 06:30 am, when he arrived at the scene there was no smell but the bodies were piled in heaps and were unable to move. 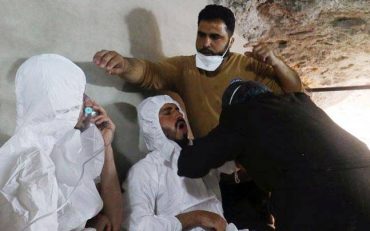 Many doctors while treating the patients claimed that more than one gas was used for the attack as many of the patients they saw were not just unconscious, but after their contact with the oxygen, they had started bleeding from their nose and mouth, which is rare to see in the cases of chlorine gas attacks.

United Nations spokesperson Stephane Dujarric told the press back on Tuesday that any sort of chemical attack is extremely alarming and a serious violation of international law. 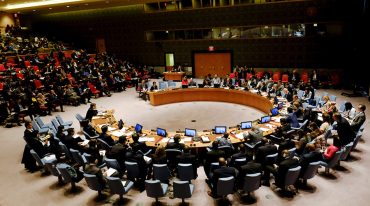 An emergency Security Council meeting was scheduled in which the United States, France, and Britain most probably proposed a Security Council resolution, besides this, the International community also started pressurizing the Syrian government to conduct an international investigation.

Chronicles of Chemical attacks in Syria:

23 January 2015: Islamic militant state actors attack the location between Mosul, Iraq and Syrian Borders through a truck bomb filled with chlorine against the troops. As a result of it more than 30 people were injured.

27 March to 22 April 2014: It was suspected that the Syrian government attacked the Syrian states Damascus, Hamas, and Idlib with chlorine bombs because of which 104 people were killed and more than 200 people were injured. 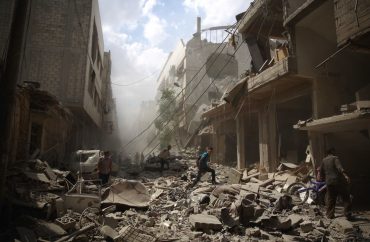 21 August 2013: Syrian Military launched chemical-filled rockets over the areas of Damascus by targeting their rebel areas. In this attack, 1,429 people were killed, including 426 children and more than 2,200 people got injured.

19 March to 13 April 2013: It was suspected that Syrian Military targeted many Syrian rebel areas with multiple chemical agents as a result of which 44 were killed and more than 76 were injured.

On Wednesday, ISIS killed 33 people in execution fashion in East of Syria reportedly. The Syrian Observatory for Human Rights reported the terror incident that ISIS conducted. They further report that the mass killings were carried out in the Al-Mayadin desert near the strategic city of Deir Ezzor on Wednesday morning.

Pray for humanity. Pray for Syria. Your own people are being brought down. Lives are being diminished. We must never fall against oppression. We must vouch for humanity.

What This Beggar Did For His Daughter Proves How Pure A Father’s Love Is
You Need To See Why Azad Kashmir Is A Heaven On The Face Of This Earth!
To Top