The name “french toast” was first used in 17th century England. The recipe and name were brought to America by early settlers. In France, the dish is called “pain perdu” meaning “lost bread” but why lost bread? Originally, people made French toast from stale bread in order to make use of bread that would otherwise have been thrown away.

To make french toast, you dip slices of bread in a mixture of beaten eggs, milk, cinnamon and vanilla. Then fry the egg-coated bread in a pan until browned. Restaurants usually serve french toast with butter, maple syrup, and powdered sugar, but the possibilities are endless.

And here is one more possibility. For the cheese lovers, here comes a recipe which could make you love your morning breakfast. 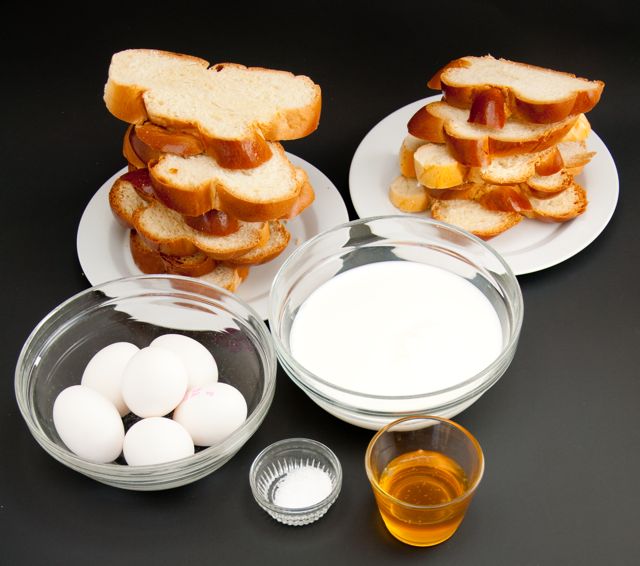 salt and pepper as per taste 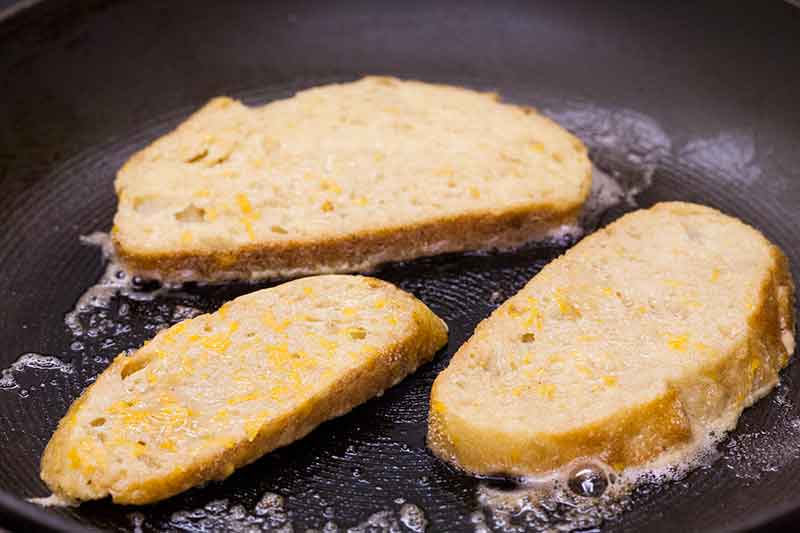 In a bowl, add one whole egg and just the white of the other egg, add 1/4 cup of milk and add a pinch of salt and pepper and then mix them well.

In a pan heat up the oil, dip the bread slices in the egg mixture and put the both slices on the pan at the medium heat. Cook them until the one side is light golden brown, pour the mixture with the spoon on the uncooked side of the one slice and flip that side on the pan.

While the other side is cooking, in another pan heat up the oil and cook up the leftover yolk of the egg which was been separated. Its on your wish if you want a runny yolk or a fully cooked one.

Now it’s time for plating put on the sandwich on the plate, put the cooked egg yolk on the cheesy side. Sprinkle salt and pepper and to enhance the beauty add the finely chopped green onions.

Say hello to the breakfast!