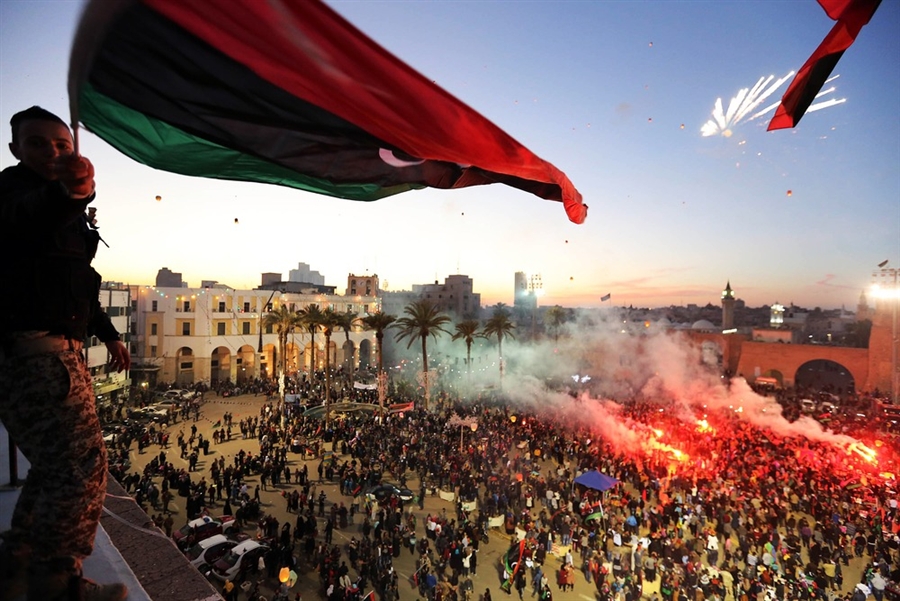 An overview of the Middle East reveals a very discomforting, even an alarming picture. It looks like every thing is falling apart and is in disarray. Most of these countries from Morocco in the West to Brunei in the Far East have long been governed by feudal, autocratic and dictatorial regimes. Many of the Middle Eastern countries have outright Monarchy. Such systems of governance are not conducive to working for common good, creating a healthy economy, providing education to its citizens and creating a vibrant intellectual community. The poor does not have a chance to make a decent living, much less a chance of moving up the economic ladder. Such regimes are self aggrandizing and seek to perpetuate the interest of the ruling class. 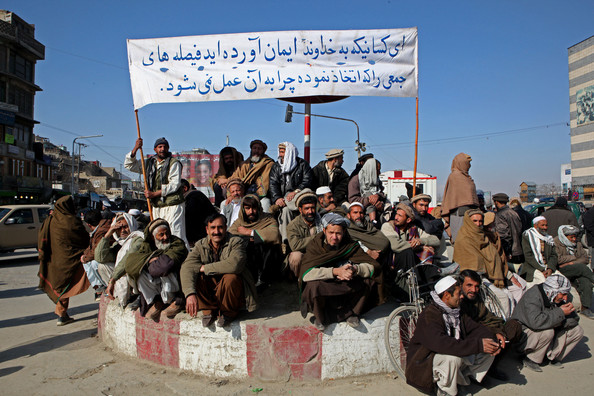 The Soviet occupation of Afghanistan during 1978-1979 left the country in shambles and resulted in some ugly consequences. Approximately 3 million refugees had moved into Pakistan, mostly going to Karachi in search of jobs. They brought with them a large amount of arms and ammunitions as well. This changed the demography and peaceful nature of the city. Soviet adventures in Afghanistan lead to the rise of Mujahedin (Freedom Fighters) who held strong Islamic beliefs and fought passionately against the atheist Soviet forces. America, which had fought a proxy war in the region, had supplied arms and ammunitions to the Mujahedin through Pakistan, while Pakistan supported the struggle by providing training and logistic support. When the Soviet forces left Afghanistan, America turned a blind eye to the devastated country. The Afghans were left with their devastated country to fend for themselves. The Mujahidin in Afghanistan regrouped and morphed into what came to be known as Taliban and later Al-Qaeda. 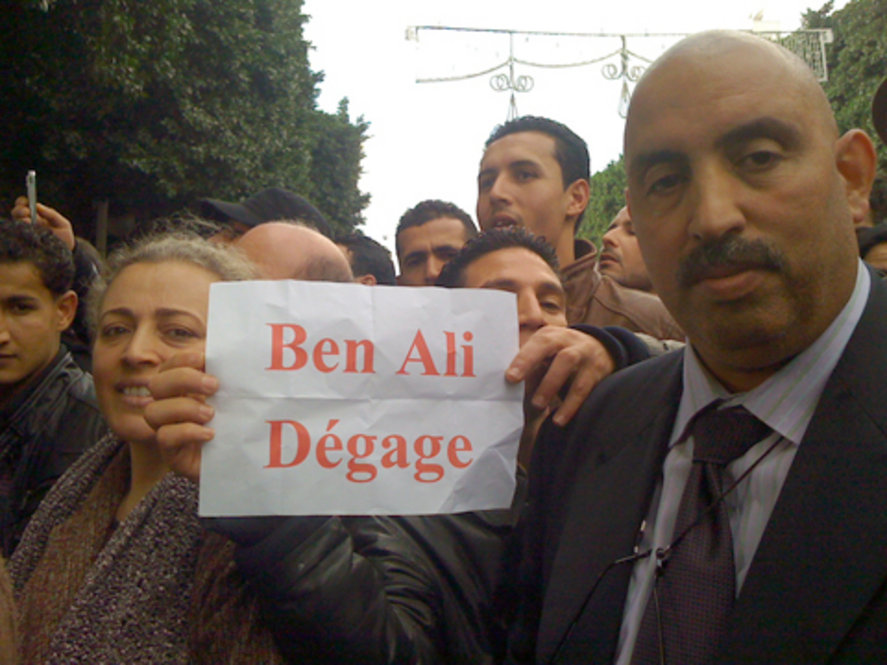 The movement, Arab Spring as it was called, started in the aftermath of the death of a street vendor Mohammed Bouazizi in Tunisia, offered a flicker of hope for a change in the status quo across the Middle East and hopefully beyond. Bouazizi was a poor street vendor, who under the repressive government of Zine el-Abedin Ben Ali found himself pushed against the wall, and in a state of hopelessness, decided to take his own life by setting himself on fire on December 17, 2011. This created an uproar, and the country soon got engulfed in a major political and social crisis. In spite of all the repressive techniques used to suppress the crisis, Ben Ali had to leave the country and found refuge in Saudi Arabia. It was a significant event because this was the first time that a repressive government was over thrown by mass movement. It was truly a revolution leading to a general election and establishing an elected government.

The Arab Spring in the air caught up with the already tense social and political situation in Libya. Libya, an oil rich country under the autocratic rule of the self proclaimed Philosopher-Statesman Muammar Gaddafi for some thirty years, was ripe for revolution. The first protest began in 2009 in a town called Zawia followed by a more intense protest in January 2011 on political corruption and delays in building housing projects. These protests gained strength and spread all over the country which soon took the dimension of a mass movement which continued for over a long period of time ending in involvement of foreign countries. Ultimately, Gaddafi lost power and went into hiding and finally met an ignominious death in October 2012. 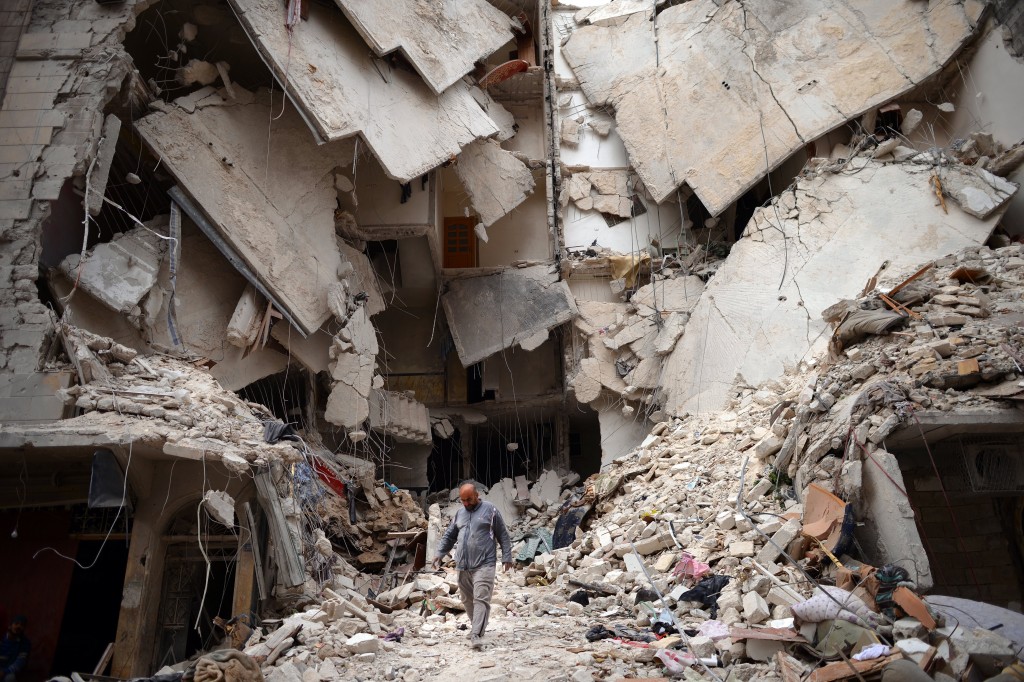 The country, under the dictatorial regime of Hafiz Assad and currently his son Bashar Assad, was seething with frustration and anger. The uprising in Tunisia and Libya provided moral strength to a group of democratic minded people who wanted change. Demonstrations started with the slogan of ‘Go Bashar Go’. The autocratic regime of Bashar Assad was not about to hear any dissenting voice, and therefore responded with force. The movement Syrian Spring as it was called turned into a chilly winter and lead into an ugly armed conflict between the sympathizers of democratic movement and the Al-Assad regime which wanted to maintain the status quo. He was not ready to relinquish his seat of power and privileges. The conflict continues till today and has taken a toll of more than 200,000 lives, and more than 7 million people displaced from their homes and approximately 3 million have crossed borders into neighboring countries like Turkey, Lebanon and Iraq. The conflict has taken a sectarian divide between Shia and Sunni. This conflict has given rise to a Sunni coalition force called ISIS (Islamic State of Syria and Iraq), and is playing havoc in the name of Islam, in fact discrediting Islamic values. 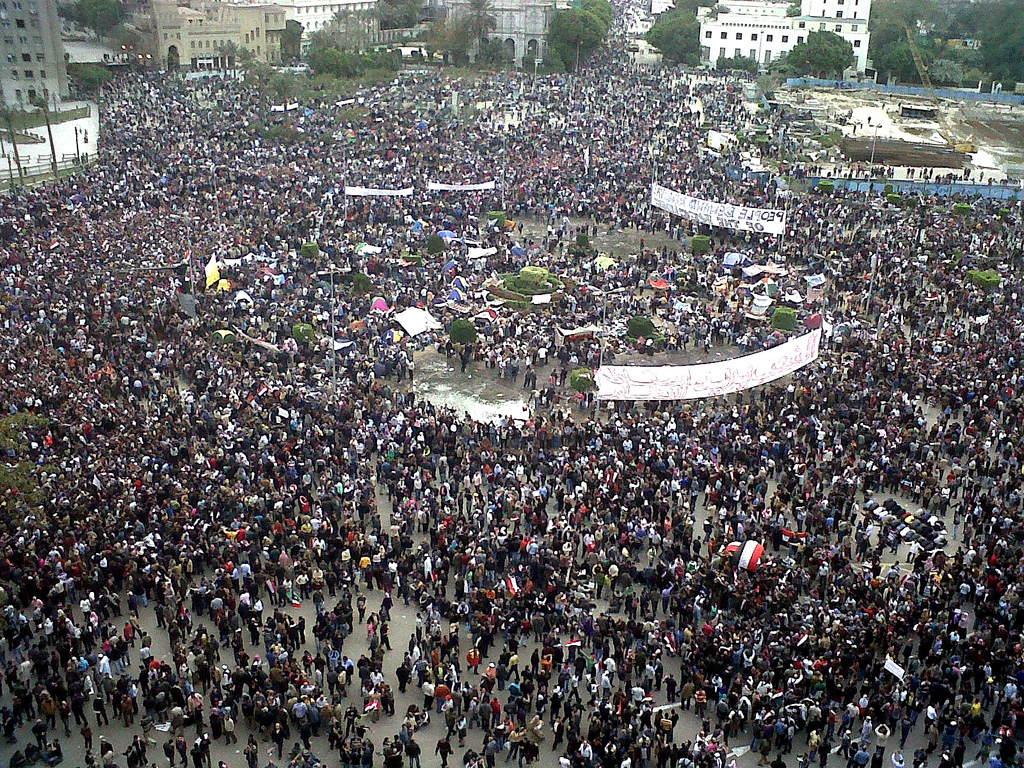 The wind of Arab Spring originating in Tunisia, passing through Libya soon caught up with Egypt. Protests erupted in Egypt on Jan 25, 2011, Tehrir square remained the centre of demonstration and violence for several weeks. The movement eventually succeeded in taking down the totalitarian government of Hosni Mubarak who had ruled the country for some forty years. This lead to a general election resulting in sweeping victory for the Brotherhood Party. Morsy’s democratic rule was however short lived and fell back into to the hands of conspiring military junta. It was perhaps a welcome development for Saudi Arabia which would not like to see democracy spreading across the Middle East threatening its own Monarchy. 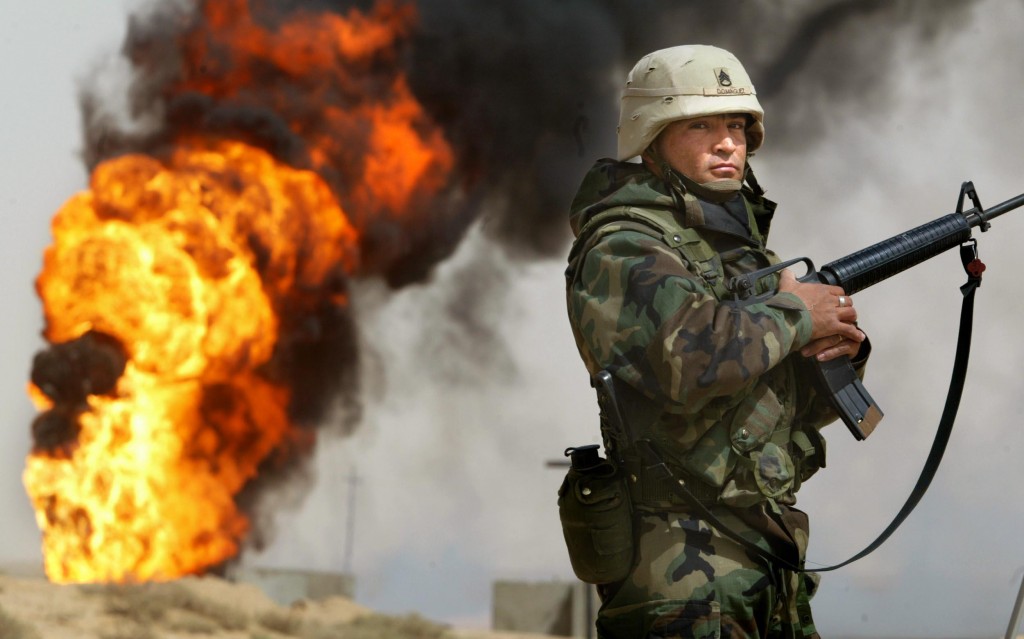 The long time dictator Saddam Hussein in Iraq was removed from power in the name of regime change. On September 11 2001, a bizarre incidence occurred. The twin towers including the World Trade Center in New York were destroyed by civilian planes flying into the buildings only minutes apart. The scene was right out of Star War fiction movie. It was perceived that Al-Qaeda, supported by Saddam Hussein, was responsible for this attack. In this attack three thousand lives were lost. It was a blow to American Intelligence Agencies, as well as its sense of superiority as the world super power.  It was argued that Saddam Hussein was the motivating force behind this disaster; and also that he had weapons of mass destruction, and the ability to produce them. Therefore Saddam Husain was perceived as a danger to the US and its interest in the Middle East.

President George W. Bush in an address to the nation declared that “The people of the United States and our friends and allies will not live at the mercy of an outlaw regime that threatens the peace with weapons of mass murder. We will meet that threat now, with our Army, Air Force, Navy, Coast Guard and Marines, so that we do not have to meet it later with armies of fire fighters and police and doctors on the streets of our cities.” With this announcement, military action began in earnest which toppled Saddam Hussein. Saddam Hussein was finally captured, tried in the court (not in the International Court of Justice) and hanged to death.  The U.S. spent $815.8 billion in Iraq since 2003. 500,000 Iraqi deaths were attributable to the war directly and indirectly. Lives of millions of Iraqis changed for the worse and perhaps for good. The war was a humanitarian and environmental disaster. Weapons of mass destruction, a strong basis for invasion, were never found.  It was perceived, and construed to be factual! The only positive outcome was the removal of a despot.  Wheter this will bring about a real change in the political and economic life of the people in Iraq in the long run remains to be seen. For now, it is a disaster! 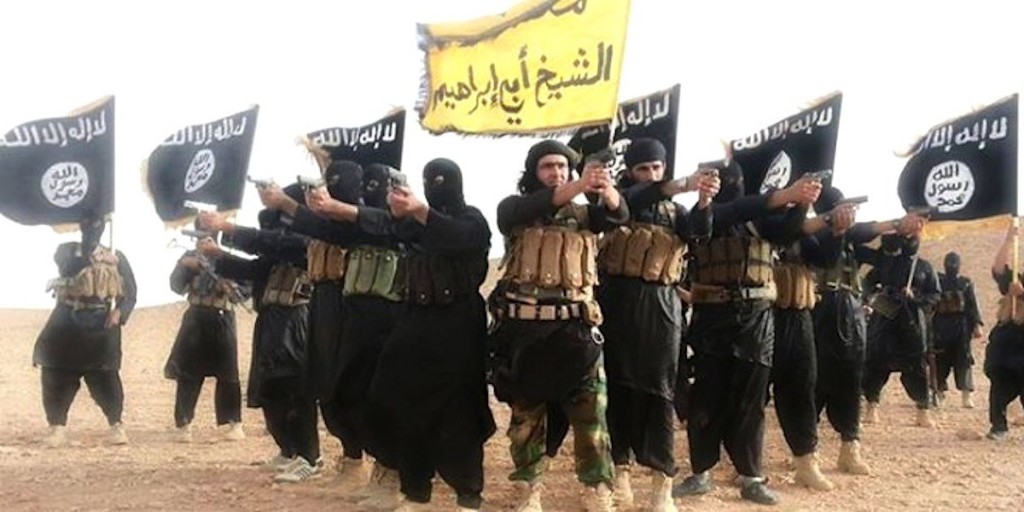 The democracy movement across North Africa and the Middle East has brought about a change in the old order. Whether it is for good or bad remains to be seen. For now they appear to be destabilizing the entire region. Currently, yet another kind of movement is being staged by another group of disillusioned faction – the ISIS. The resistance to the so called ‘Just Wars’ has continued since the Mujahidin resistance of Soviet occupation in Afghanistan starting in 1978. Billions of dollars have spent to suppress the movement. It seems that the resistance movement continues to sustain and even grow in strength as the Western coalition continues to find justification in the cause of ‘Just Wars’. The so called ‘Just Wars’ has spawned pseudomorphs beginning from Mujahidin, thereafter, the Taliban, Al-Qaeda and now the Islamic State (ISIS). It appears that these groups are fighting against the apparent domination and unjust wars perpetrated in the Middle East. While we detest the brutal beheading of innocent people by the ISIS, the appalling results of horrific bombing of Afghanistan, Iraq and Syria should not be ignored. They are equally deplorable. It is apparent that these disillusioned factions, by putting up resistance against the so called liberating forces, are creating awareness among the public. We see this in the many educated and disillusioned young people who support and join the movement. It remains to be seen whether the disillusionment will gather strength in order to take the shape of a mass movement across the Middle East. In that case, the world will be totally polarized and confrontational. This should be alarming. Political dialog, social reform, religious tolerance, and accommodation may be the path to follow.

8 Things You Want To Say To Your Boss But Are Never Able To!
Iqra University Student Found Burning With Note Warning Of More Attacks
To Top