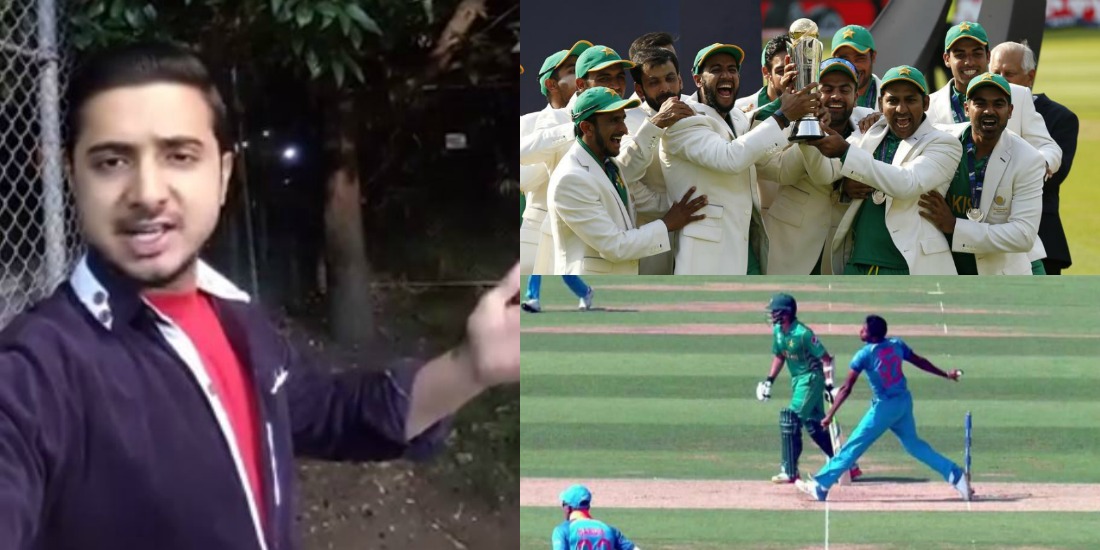 The guy claims that the match was fixed but how he ends the video will make you fume with anger, that too, for a totally different reason.  WATCH IT TILL THE END!

Everything seems to be in Pakistan’s favour now that our cricket team has won the Champions Trophy and became one of the few countries in ICC to have completed the entire trophy set. Although failing to gain an upper hand over India in the group matches, Pakistan met India once again to take a decisive win of 180 runs to take home the trophy in the final. After losing just one match, Pakistan was able to win all the others that came and even defeated the team who tried to knock it out in the first place. One might think that the consecutive victories were a class shown by the Pakistani side in the Champions Trophy, or was it really? 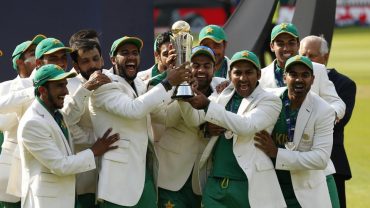 A video has started to circulate that shows all the evidence there is to prove that not only the final but, the whole tournament was fixed. Posted originally by Qutaiba Mehmood, and shared by hundreds of people, the guy speaks about the sudden drop in performance of England against Pakistan when they just scored 400 runs against them in their previous series. 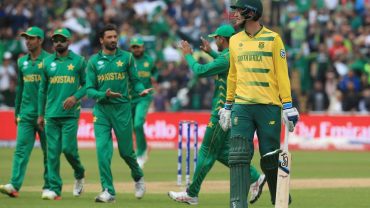 Moreover, the way South Africa and Australia were knocked out seems a bit too peculiar as well. People may claim that it was all because of the rainy weather that group matches could not be played properly. However, is this the only reason both of the super teams were knocked out? How about making room for another country to proceed? 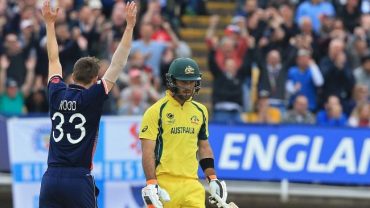 Just before the tournament initiated, Pakistan happened to be in quite a sticky situation regarding the very recent RAW agent that it caught. With his capital punishment postponed, Kulbhushan Jadhav still is in Pakistan’s custody and there may be something in disguise which is at play here. After Pakistan’s victory, everyone’s attention has subsided suddenly. Here is more proof: 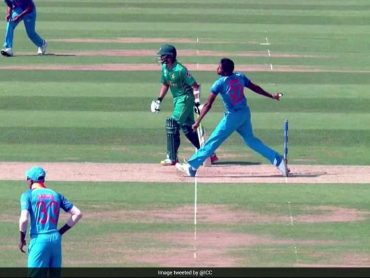 Amir Sohail’s remarks about the team were quite harsh and nerve wrecking as he claimed Pakistan would not be able to handle the teams. Furthermore, the two catches dropped by Sri Lanka were the easiest of all for them. Then, Kohli playing the same shot twice and that no ball which turned the table.  Yeah, yeah! After saying all this, he decided to name the person behind this conspiracy… After watching this clip it became evident that we should not take everything seriously and watch every video till the end! This was the worst troll ever!

You Need To Know Project 50 Kids – An Initiative To Cater Digital Illiteracy In Pakistan
Parhlo Exclusive: This Kid’s Message For Virat Kohli Will Bring A Smile On Every Pakistani’s Face!
To Top