Your Favorite Celebs In One PUBG Match? Mountain Dew Is Making It Happen!

This will be a match to watch! Our Favourite celebrities join forces for a one-off duel with Dew Gamers Arena!

Well, Mountain Dew is shaking things up in the best way possible and we are loving our social media feeds! Dew Gamers Arena is back with a bang and while we thought we were the only ones excited, our favourite celebrities have formed gaming leagues of their own! Here’s all we know: 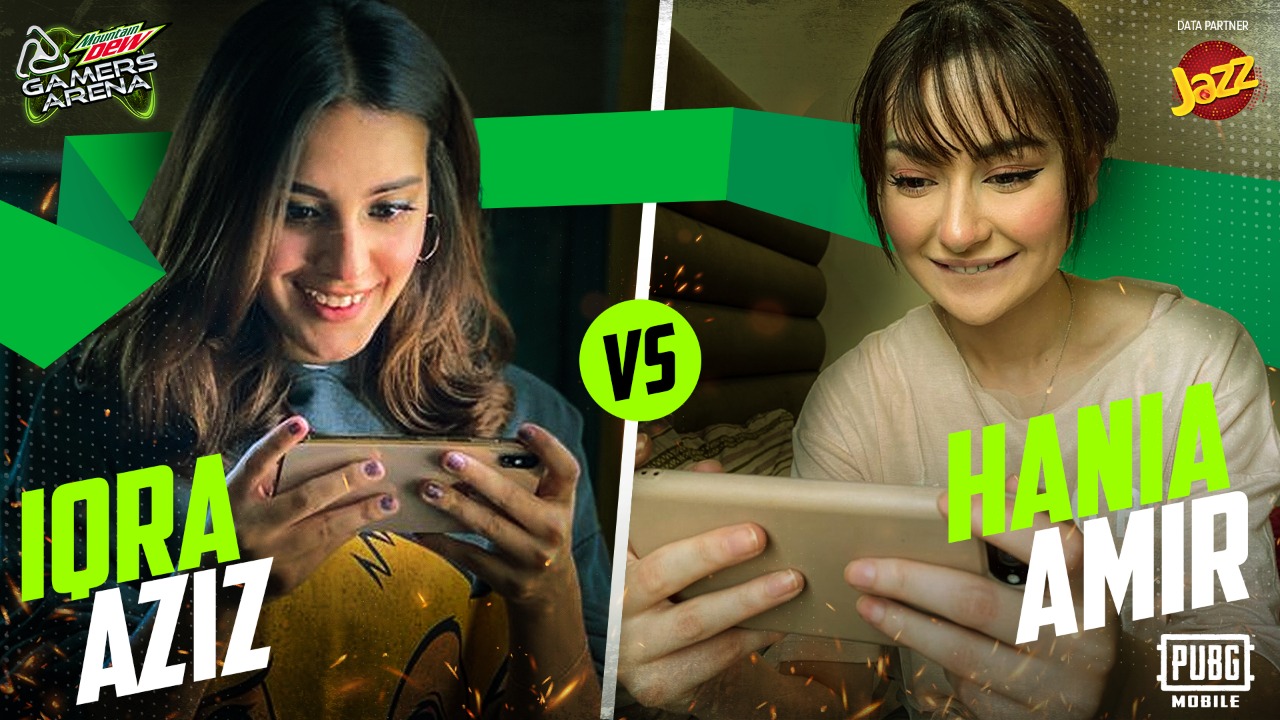 Hania Amir and Iqra Aziz recently posted videos of themselves playing Ludo and Jenga, they were both adorable yet kind-of sad, but one could tell that they’re both trying really hard to keep themselves entertained.

That was just the beginning though. What happened next has blown our minds (figuratively!), Hania Amir’s video was quickly filled with comments by Yasir Hussain, Urwa Hocane, and Shahzad Sheikh asking to form a PUBG Mobile team as part of Dew Gamers Arena. 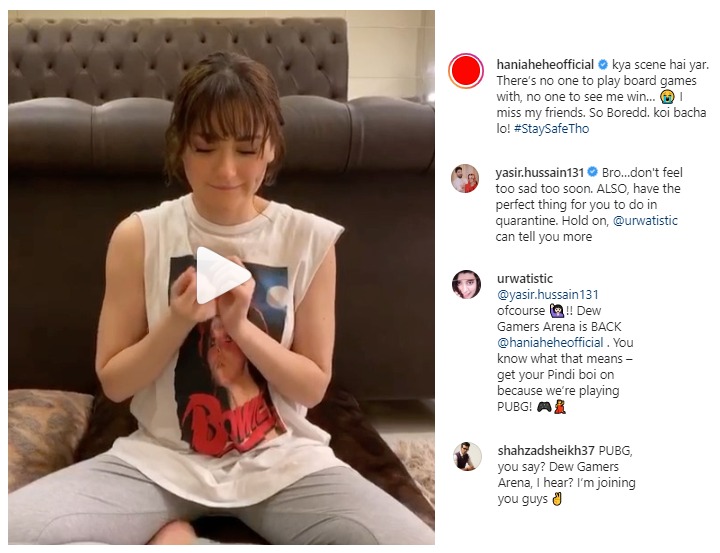 It seems like Yasir and Urwa were already plotting something when Hania’s video came up, and by the looks of his comment, Shahzad Sheikh looks like he knows a thing or two about PUBG Mobile too. The team seems rather promising!

Source: mountaindewIqra Aziz was also looking for an activity to do while staying at home. However, it seems like her team is full too. Kubra Khan, Mikaal Zulfiqar and Ushna Shah have joined forces with Iqra Aziz. This does promise to be an epic battle. Kubra took the initiative so we’re guessing that she’s no stranger to PUBG Mobile. Mikaal took on a celebrity challenge for CS:GO last year, so we can’t help but wonder how skilful he’ll be with the battle-royale legend. 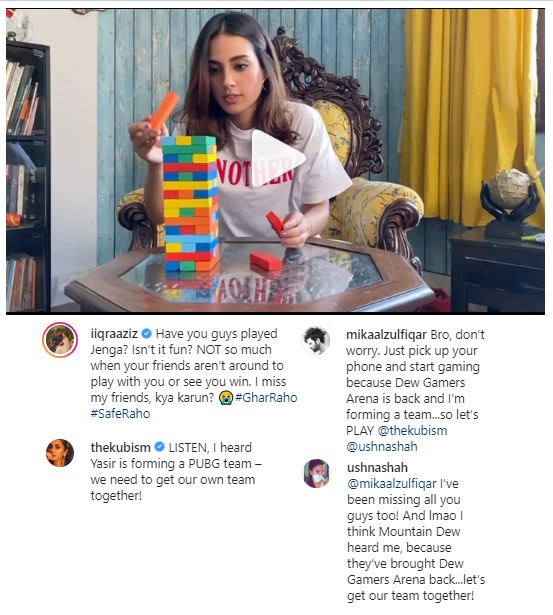 The teams seem ready and will be really exciting to watch! Stay tuned for this adrenaline-filled match that will go live very soon. We are hoping to catch some entertaining banter between celebrities as well. Pakistan’s Biggest Gaming Competition has us all buzzing with excitement!

Our money is on Team Iqra! Let us know which team you’re supporting in the comment section below!

US Scientists Say These Two Things Will Kill Coronavirus The Fastest
In Pictures: Meet The Beautiful Family Of Actor Asif Raza Mir
To Top