Our spirits are saddened after the tragic disaster that took place in Lahore on Monday. Many news resources claim that the death toll has risen up to 15 while 87 people are injured. Residents of Lahore continue to blame the government for their failure to protect the protesters, knowing how this is all a planted job by a ‘third party’.

Pakistanis continue to mourn the tragedy that came into being yesterday. On the other hand, the Taliban claiming the responsibility of this unfortunate event. It is also reported that funerals of some of the deceased people have taken place. 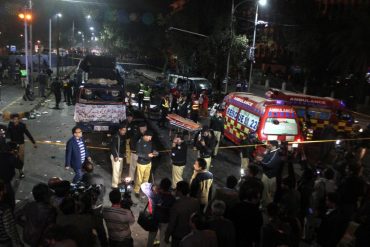 It all happened when chemists were laying a protest on Lahore’s busy mall road against the ban of specific drugs which are branded illegal by the state.

There was a mob and senior police officers were engaged in convincing the protesters to call it off. It was when all of a sudden the suicide bomber mingled within the mob, apparently by coming forward and by staying close to the area where most people stood. Eventually, he blew himself up.

It is extremely sad what happened on Monday and we cannot continue to express the sorrow struck on our nation. 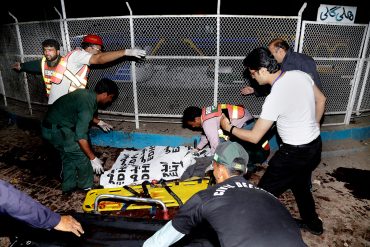 People are condoling and passing their immense condolences to the families of the deceased. Many renowned celebrities have poured in their sincerest prayers to the victims and their families.

We came across many instances where celebrities stood up, express their kindest condolences as well as questioned the establishment’s credibility.

So sad. #Lahoreblast. Prayers for the families.

What a terrible news #LahoreBlast . May Allah give strength to the families of the victims #yaAllahreham

due to tragic incident in Lahore and Quetta we have cancelled today’s live show …we stand in sorrow and… https://t.co/SzWELirLZf

YES. THAT is it. Sad and shameful. https://t.co/YxBjQQ1NOy

Prayers with the victims of the horrific terror attack in Lahore

My heart bleeds for the victims of Lahore and Quetta blast.

Deepest condolences for the families of the victims, may we be able to survive this as a nation #LahoreBlast

Prayers for the victims of the bomb blast in Lahore. Incredible senseless tragedy. Innocent lives lost. My heart bleeds for Lahore.

Shocked & saddened by the blast in Lahore.Seen enough and
my Heart is not that strong enough anymore 2 take that kind of news anymore..

Our hearts go out to those affected by #LahoreBlast our prayers for everyone’s safety. Extremely saddened & very angry.

Our sincerest condolences to the families of the victims. May Allah provide them peace and strength through this adversity. Ameen.

Islamabad United’s Sam Billings Singing And Dancing On “Dil Dil Pakistan” Is What Everyone Is Loving About PSL!
Here’s Everything That Has Happened After The Tragic Bomb Blast Took Place In Lahore
To Top