It is quite heart wrenching to know the news of the Shaheed Nauman Akram’s sad demise. Recently surfacing videos of the crash indicate that Wing Cdr Nauman actually tried to prevent the plane from crashing into the nearby populated area. The now Shaheed pilot preferred not to eject and remained intact so that the plane would crash on an empty road without harming anyone.

According to local media reports, the PAF spokesperson, the incident occurred whilst the practice for the upcoming March 23rd parade. Unfortunately, the F-16 got out of control in mid-air and crashed near the Chand Tara area, Islamabad. 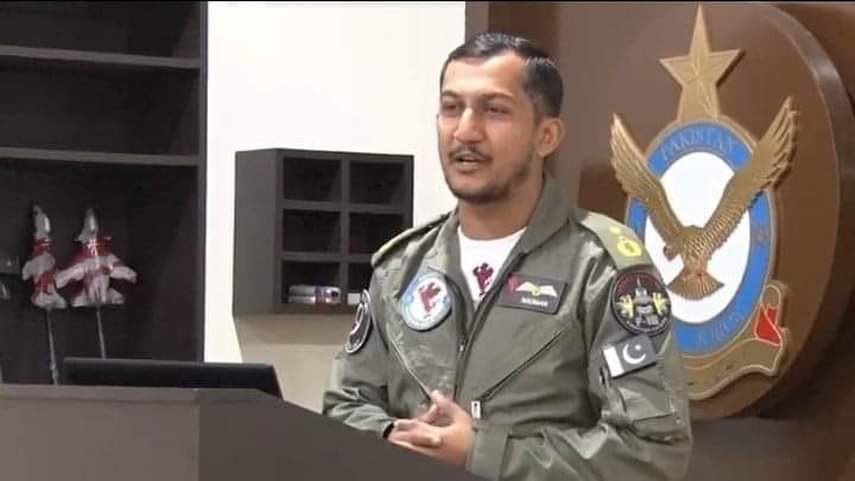 Highlight Of The Crash!

The most recent footage comes from a CCTV camera, placed near the Pakistan China Centre, Islamabad. The footage clearly reveals that Commander Nauman achieving martyrdom as he endeavors to land the aircraft on a small empty road.

However, reports indicate that the aircraft was already on flames when Nauman was in it. Nevertheless, he never opted for the eject option, since he knew that the aircraft could crash on the nearby population, killing several.

This is the footage of a CCTV camera placed near Pak China Centre in Islamabad which shows that martyred #NaumanAkram tried his level best to save the aircraft by landing on a small empty road he never ejected from the plane despite the fact his plane was already in flames pic.twitter.com/VikAH7TtB8

Without any doubt, it is another day for Pakistan to mourn. Sources reveal that a member of the National Assembly (NA) has started ‘Fatiha’ for the Shaheed commander. From the PAF headquarters, it is known that Cdr Nauman was amongst the best fighter pilots that Pakistan Airforce Academy could produce.

The Shaheed was responsible for lifting the Sher Afghan Trophy in 2019. Recently, he even flew the Chief Of Army Staff (COAS) General Qamar Javed Bajwa in an F-16.

Sadly, it is quite an emotional moment for the entire people of Pakistan and a serious loss to the PAF. As of now, for further investigation, the Air Headquarter has created a special unit to find out why the crash happened and what was the cause of the deadly incident.

What do you think of Commander Nauman Akram’s Shahadat? Share your insight in the comments section below!

China Might Relocate Several Industries To Pakistan Amid Coronavirus!
TECNO Finally Uncovers The Name Of Its Upcoming Model – Camon 15!
To Top