Sushant Singh Rajput’s sad demise has undoubtedly left a huge impact on his fans and followers. All now demand a fair investigation, many refusing to believe that the actor actually committed suicide.

Since Sushant’s demise, the whole Bollywood fraternity along with Mumbai police has been searching for the reason for his death. Now, it has been revealed that the biggest contributor to Sushant’s death was his girlfriend, Rhea Chakraborty.

According to Indian media, a complaint was filed against Late Sushant’s girlfriend Rhea Chakraborty in Bihar. It accused the actress of abetting Sushant’s suicide.

Rhea is now accused of fraud

Lawyer Kundan Kumar filed the case against Rhea. While talking to a local Indian reporter he said, “My client is a huge fan of Rajput and has been deeply distressed by his suicide. He has filed his complaint under IPC Sections 306 (abetment of suicide) and 420 (fraud).” 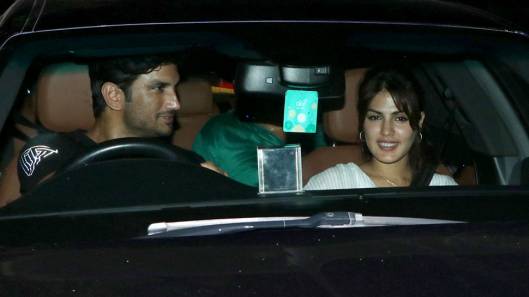 Kesari Chavda, the psychiatrist has alleged “Sushant was unhappy with his present rumored girlfriend Rhea Chakraborty’s behavior and the actor regretted breaking up with former ladylove with Ankita Lokhande.”

“Sushant was suffering from depression for almost a year and he was unable to sleep at night due to this,” added Dr. Chavda. After a 7 year relationship with Ankita Lokhande, Sushant had found peace in Rhea Chakraborty. The couple had their bad days as well.

Rhea is now saying rubbish about shushant ..she says his house was haunted ,,,what rubbish ..#SushantSingRajput

Further, Rhea Chakraborty and Sushant were living together during the coronavirus self-isolating period as well. However, one day, they had a huge fight, after which Rhea Chakraborty left his house. She recently claimed Sushant was not taking his medicine, and instead, focused on Yoga for mental healing.