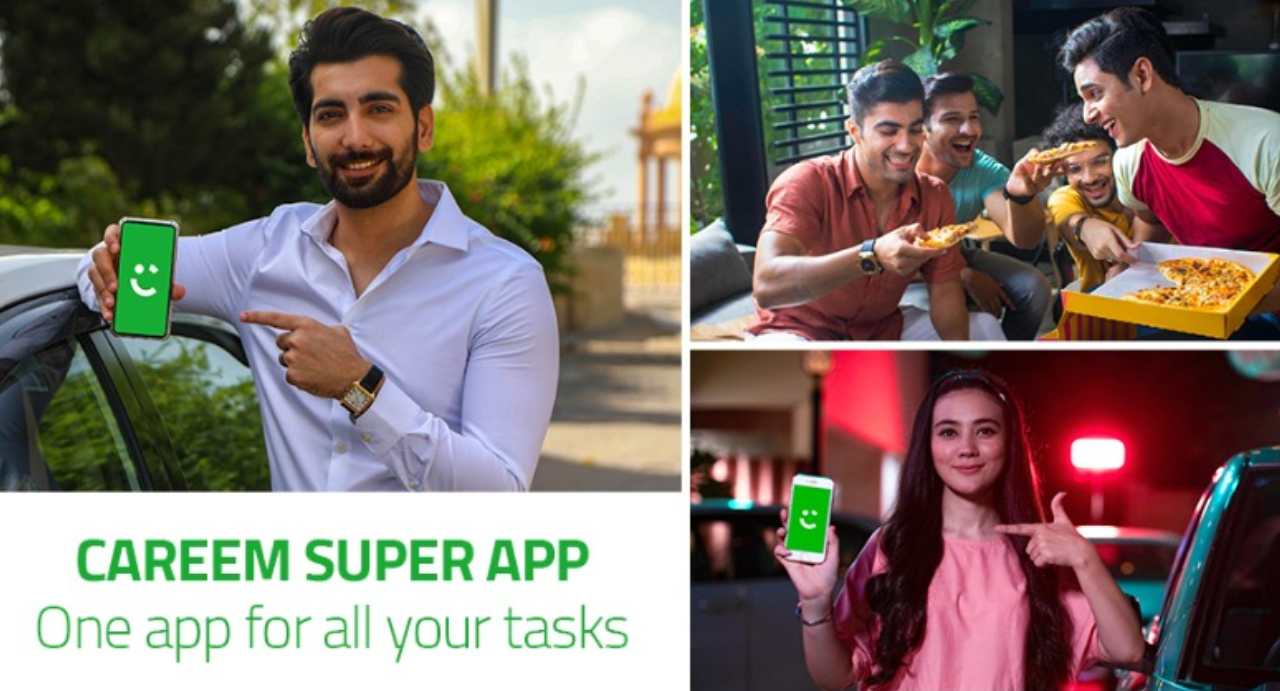 Careem just released a new global Super App campaign, highlighting the growing variety of services the Super App offers, across three main areas: Mobility of People, Mobility of Things and Mobility of Money. The campaign marks Careem’s transition from its roots as a ride-hailing company to the region’s everyday Super App and is being released across five markets: Pakistan, UAE, KSA, Jordan and Iraq. The tagline “It’s not an app” emphasizes the diverse services now offered on Careem’s platform.

The campaign’s heroes bring the viewer into relatable situations, all solved with a physical “tap” on the Careem Super App. The campaign is dynamic, fast paced and fun. Building on this rich history of creativity Careem decided to take the bold and unconventional approach of ideating a campaign among colleagues.

The company teased the Super App campaign on its social channels and projected  the Careem “Wink” on to six locations in two cities across Pakistan to build interest and excitement about the campaign.  These latest teasers follow in the footsteps of previous Careem stunts including a human slingshot, that was recently re-shared on social media by Elon Musk.

The campaign was entirely created and shot during the pandemic, leading to unique challenges like virtual pre-production meetings, more time intense shoots to allow for following Covid-19 health and safety guidelines as well as a more complex casting process. Later this year, Careem is planning on opening the Super App platform to third party tenants, building on synergies and allowing businesses to take advantage of Careem sophisticated.

Woman Arrested For ‘Blackmailing & Harassing’ Man In Karachi After He Refused To Marry Her
Revival Of The Film Industry: Pakistan’s Top Stars Lined Up For An Upcoming Blockbuster!
To Top