Ever since private cab services in Pakistan were introduced, the internet, mainly social media has buzzed with incidents and cases, where the customers have lodged hundreds of complaints against the service provider and hired drivers in particular.

A couple of days ago, a video went viral on Facebook, where a Careem driver, for the first time, recorded a video showing his innocence against a rowdy customer. However, not only the customer, but video footage clearly shows that the driver literally asked for everything that happened. 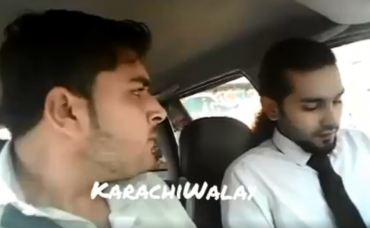 The video started with the Careem driver stating that the particular customer had entered his car with a cigarette in hand. After the driver asked him to not smoke inside the car, the customer dropped the cigarette on the floor mat of the passenger seat. At this, the driver got very angry and he started recording a video, showing what the customer had done.

The driver also said that people always blame Careem for their drivers, but it was the customer who had started the whole fight. However, there’s a very precious twist in the tale. During the whole recording sessions, the Careem driver while speaking, had hurled abuses at the customer. These were serious and very harsh words, which is why viewer discretion for adult content is advised before seeing the original video.

All these abuses made the customer very angry, who had tried to stay calm and not act like the driver. However, at the end, it was too much to take for the customer, who said he was a lawyer. As soon as he got out of the car, he broke the passenger-side mirror and then later on, allegedly, threw a coconut on the rear-view screen, shattering it.

The driver, at the closing of the video, demanded justice and also asked Careem to help him with the damages caused by the customer. Recently, a Careem captain was murdered in Islamabad where dacoits tried to loot his car. Careem family in the twin cities staged a protest, which became the reason of the arrests and also, incentives for the Captain’s family.

Similarly, damage limitation contracts must be signed before a Captain agrees to work for the international organization. As for this particular case, people on social media have blamed the driver more than the customer and they believe that whatever happened, served him right. It was a minor and petty issue which could have been solved, but the driver decided to linger it.

Read Also: 8 Things A University Student Could Do If They Earn As Much Money As A Careem Captain Makes

Here are All the Reasons why #CokeFest 2018 Will Be an Unforgettable Event for Karachiites
Someone Threw A Shoe At Ex-PM Of Pakistan Nawaz Sharif And The Internet Lost It Completely!
To Top