Careem Will Tell You The ‘Exact Fare’ Before You Press “Chalo”!

Careem, the leading internet platform of the greater Middle East, has introduced a new way of calculating fares via their upfront pricing model. The pricing model will improve the riding experience for customers, who will now have greater assurance over the exact fare before they start the ride (press ‘Chalo’), and for captains, as they get more visibility over their earnings at the time of accepting a ride. Initial data reveals that upfront fares tend to have an incremental impact on the number of rides taken by customers because it’s simple in comparison to fare range and provides more transparency. For example, customers booking a ride which gives them a fare of PKR 200 vs a fare between 180 and 230 are more likely to press “Chalo”. 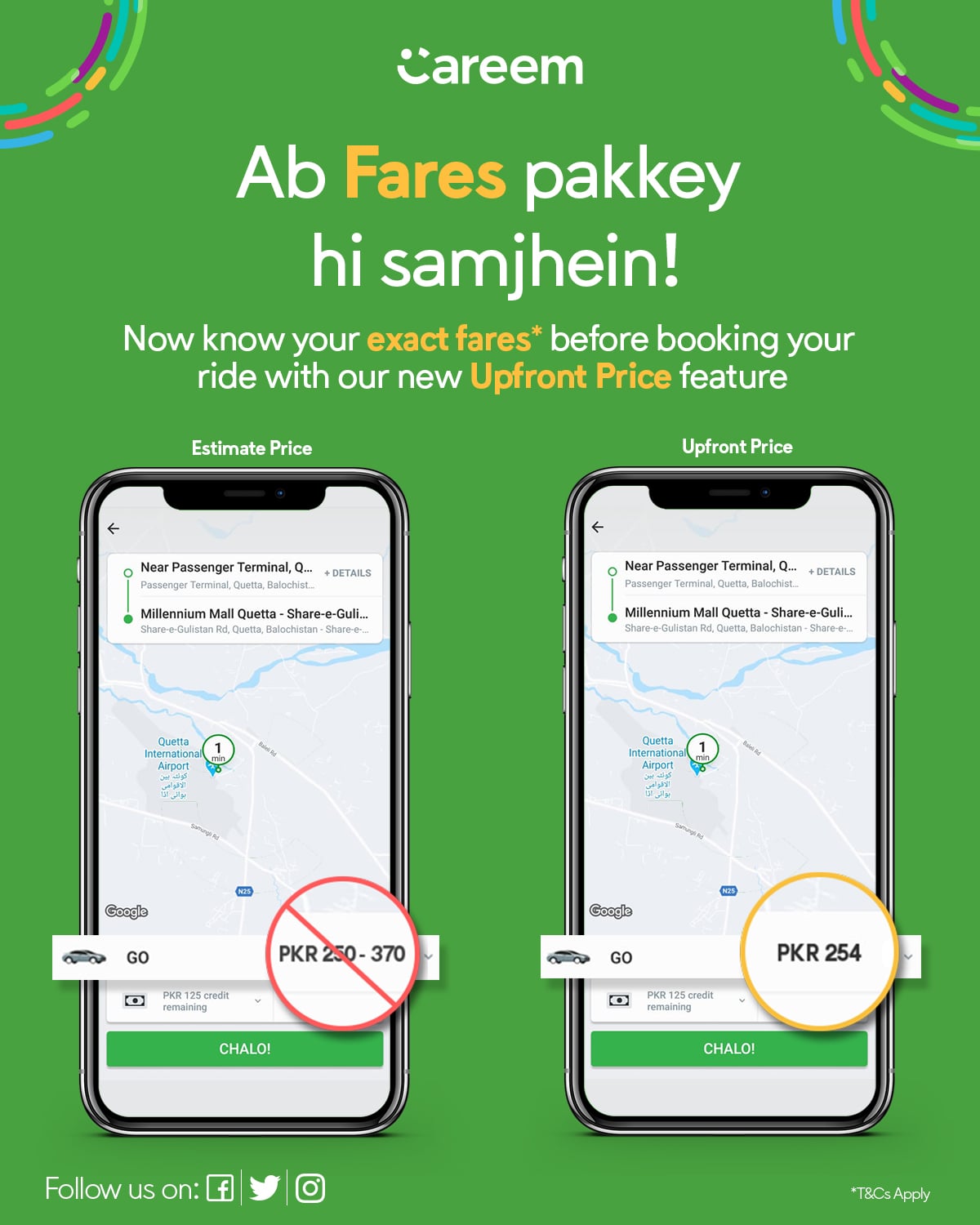 Zeeshan Hasib Baig, General Manager Careem Pakistan, “Upfront pricing model is an extremely exciting development and is a perfect example of Careem’s mission of simplifying and improving the lives for both customers and Captains. We believe that better customer and captain experience is the only way to keep growing.”

The upfront fare at the start of the ride will be calculated on the basis of the total distance from pick-up to drop-off as well as estimated time has taken on existing rates applicable in a particular city. In cases where peak factor applies, the upfront fare shown will take it into account.

In some cases where a longer route is taken, pick-up or drop-off is changed or the ride takes an unusually long time (due to heavy traffic, roadblocks, toll charges), the fare will change accordingly. For such trips, the fare will reflect the actual distance traveled and time taken based on the existing fare rates in your city.

Fayyazul Hassan Claims Nawaz Sharif Has Relations With RAW In London
Shoaib Akhtar Reveals PSL V ‘Might’ Be Shifted From Karachi Due To Coronavirus!
To Top