A tragic incident took place on August 14, where two teenage boys were killed and three other children injured in a road accident. Reportedly, a speeding car hit a motorcycle near ICI Bridge in the metropolis, in Karachi.

According to rescue sources, a fast-moving car hit a motorcycle with five persons near ICI Bridge. As a result, two boys sustained severe head injuries and died on the spot, while three other injured in the mishap.

Two brothers lost their lives while their two sisters, as well as a brother, were injured on Friday. Moreover, the rescue teams reached the spot after being informed and shifted the dead and injured to Civil Hospital Karachi.

As per the details, 14-year-old Umar got the key to the motorcycle of his father without permission. He took his younger brothers and sisters to celebrate Jashan-e-Azadi.

Sadly, their motorcycle collided with a car, killing Umar and three-year-old Owais on the spot while seven-year-old Hadi, six-year-old Muneeba and four-year-old Afshan ended up wounded. 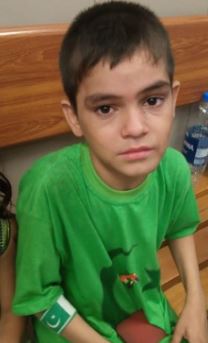 According to the reports, the children are residents of the Baldia Town No 7 area of the metropolis. In addition to this, a senior police officer has provided the media with an insight into the incident. They believe the accident occurred due to overspeeding. More so, supposedly, the driver lost control due to overloading on the motorcycle while passing through the ICI bridge. 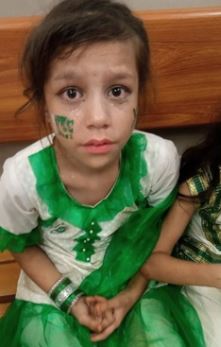 In Pakistan, many riders below 18 are seen riding bikes on the streets without any safety measures. These underage bikers not only pose danger to other people on the road but also to themselves. Kids are mostly encouraged by their parents to learn to ride, to do some nearby work easily through this ride. However, in a matter of time, they start riding a motorcycle on the streets in busy traffic.

Sadly, these children end up engaging in road-rage, over-excitement, and speeding. Moreover, they are prone to make split-second decisions and violating traffic rules. As a result, dangerous accidents take place every other day. It is absolutely sad to know that parents allow their innocent children to ride bikes which exposes them to severe danger. Despite being fully aware that their children are below the legal age, and do not possess a driving license.

Last year, a 13-year-old kid driving a Nissan 350Z took a biker’s life in Bahria Town Lahore. Even though the kid was not riding a bike, driving a car while being underage is an equal crime.

‘I Have 3 Kids & 8 Dogs To Feed’ – Anchor Shehzad Hassan Quits Media After 50% Pay Cut
What! King Of Bahrain Arrives In Dubai With Robot Bodyguard Fitted 360 With Cameras & In-Built Pistols?
To Top