Pakistani soldiers are known for their willingness to lay their lives for their country without hesitation or a second thought. They do not fear danger nor are they scared of the enemy. They have proven to be one of the most qualified armies around the world and have won several international competitions beating military teams of many countries.

Our soldiers leave their houses not knowing if they will come back alive and dream of being blessed with martyrdom as it holds great significance in Islam. Another story of a young SSG Commando Captain Najam Riaz Shaheed is shared by a Twitter user and it is a reminder of the dedication, honor and immense resilience our army men possess.

Captain Najam hailing from Kahuta Punjab served in the Pakistan army for six years and would have served more if an incident didn’t take his life away. He was awarded Tamgha-e-Basalat after his passing, which is ” an operational award given by President of Pakistan to military personnel for acts of valor, courage or devotion while performing their duty”.

The Story Of Captain Najam Shaheed Meeting His End At The Hands Of Terrorists. 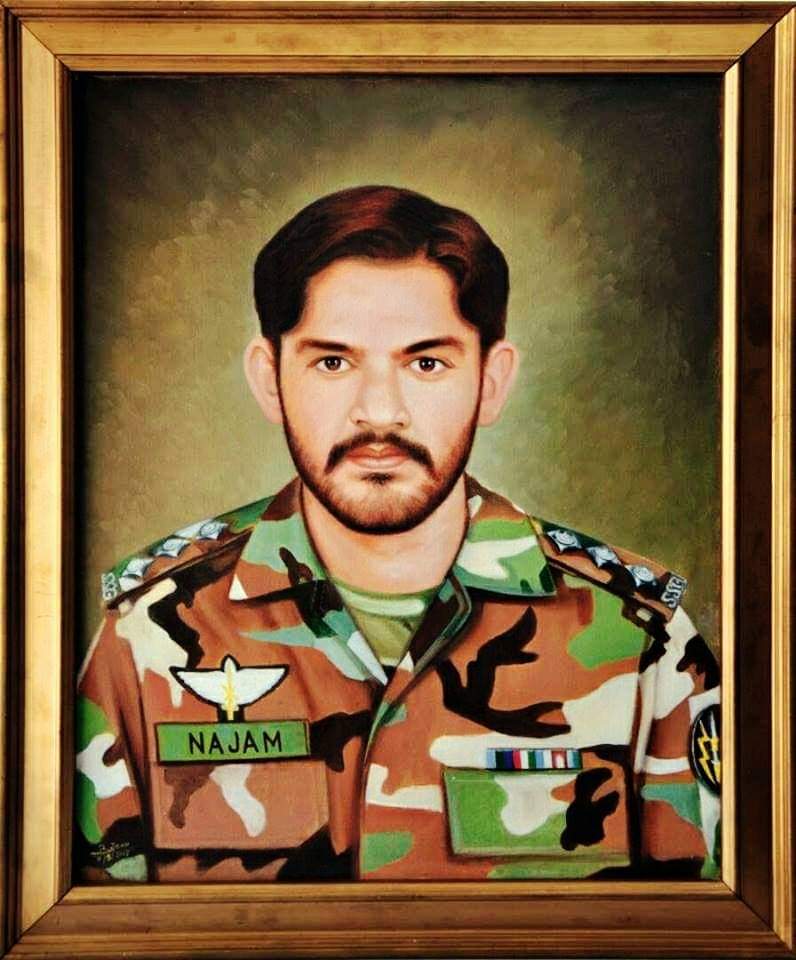 In 2009, the Pakistani government was having peace agreements with TTP Swat. On the 19th of April, while the agreements were underway, Captain Najam Riaz, Captain Junaid Khan, and two soldiers were moving out of a bazaar in Swat, called Khwazakhela Bazar when a group of terrorist surrounded them. They didn’t retaliate because of the Nizam-e-Adl Regulation and were taken as captives. For several days the terrorists kept Najam and his colleagues as hostages and tried to break a deal of exchanging them with their own captured comrades. When the deal couldn’t materialize they murdered Captain Najam along with his companions.

Our Soldiers Didn’t Go Down Easily, Fighting Back Valiantly Unphased By The Calling Death, Killing Eight Terrorists By Their Bare Hands.

These are the sons of this soil who didn’t accept an easy death. Captain Najam and his colleagues fought bravely until they were shot and later beheaded on 11th of May 2009.

Captain Najam Shaheed Belonged To A Family Of Humble Background And Rich Values.

Najam was the youngest son in the family. His father, too, was in the army and retired as a mere Hawaldar. Losing a child is never easy but when he is a shaheed, that’s a matter of pride for the Pakistani families. When the army visited their house for condolences and asked them if they needed any help, what they asked in return reflects the kind of amazing people they are.

They could have asked for anything that could have helped them and their own situation. However, they asked for a school, a dispensary and a road to be built for their community.

It’s the same spirit of selflessness they taught their youngest son, Captain Najam Shaheed who placed his own life for the sake of his county and people.

Also Read: THIS EMOTIONAL LETTER OF A SHAHEED PAF PILOT’S WIFE WILL MAKE YOU FEEL THE IMPORTANCE OF OUR JAWAANS!