After years of growth, the media industry of Pakistan has been facing a major slowdown. Not only has it led to pay cuts but also the sacking of employees. One of the people who had to face the consequences of the declining industry is Safeer Ahmed. 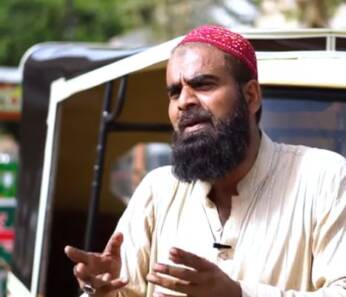 Safeer Ahmed shares his heart-wrenching story in a YouTube video. In the video, he begins to narrate the touching story of his life with how he once was a cameraman. He goes on to tell how he once used to have tea, dine-in, and press conferences in the ‘big hotels’, which he just passes by in his rickshaw now.

In addition to this, the man further talks about how he is verbally abused on daily roads. Not only did the other drivers abuse him but also the traffic police. Safeer lost his job around four years ago, and what he earned from driving a rickshaw was not sufficient enough to feed the family.

Found no way out of the unsustainable livelihood

In the video, Safeer talks about how he faces rejection everywhere he applies for a job. As his resume is predominantly based on his media skills, specifically in the area of being a cameraman, he is rejected on the basis of ‘no caliber’. 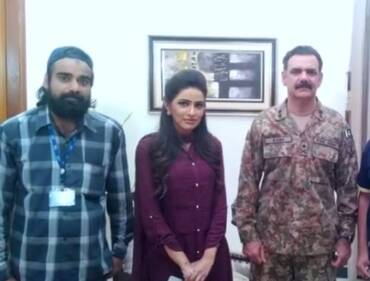 What poverty does to a man is beyond imaginable. Not going home to see the disappointment on your children’s faces is truly heartbreaking. Moreover, Safeer talks about how his kids were kicked out of school and tuition as he could not pay the fees.

A recent update on him shows that he has been offered a job by ARY news channel. And we are so happy for him!