Recently, Mahira Khan was spotted with Bollywood sensation Ranbir Kapoor by paparazzi in New York. She was found smoking while casually hanging out with the actor. The photo was spread like wildfire on social media and is still a hot topic today. In fact, you cannot go without scrolling down your Newsfeed and finding some relevant post or picture around the particular subject.

Keeping viral trends in mind; it’s almost treated as a rule of thumb in the digital world to cash in on trending news pieces. We have come across various instances where brands have centered campaigns around viral trends and it looks super cool. However, the issue related to Mahira Khan is a grave subject that has unfortunately hit a bad nerve with people.

So, check it out… 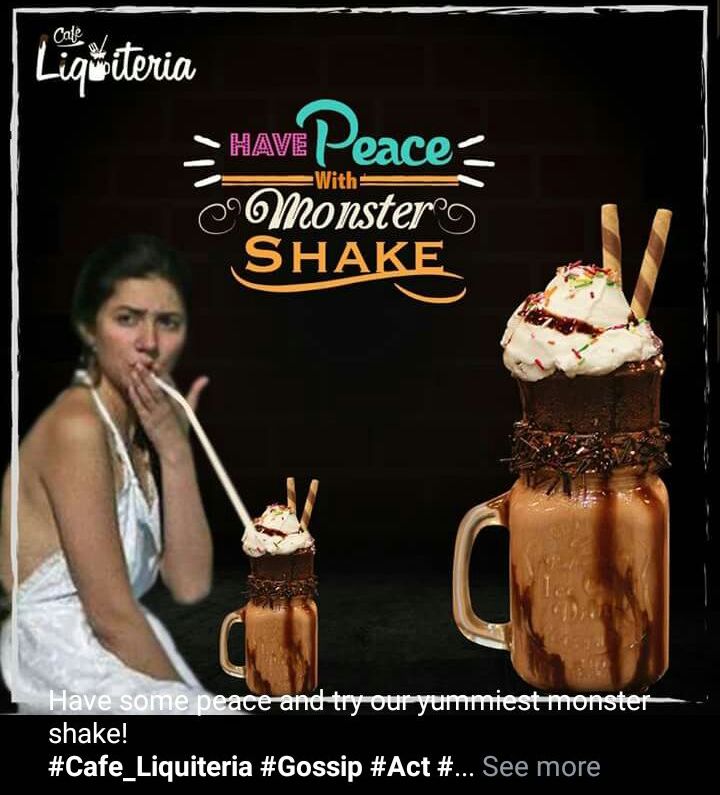 Well, the shake looks gorgeous indeed but about the part where they used Mahira Khan’s controversial photos is kind of insensitive.

Here are some of the reactions

Cheap Marketing Tactic By Cafe Liquiteria
Every Publicity Is Not A Good Publicity
Wht Is The Mesage B/w The Line’s?Women A Publicity Symbol? pic.twitter.com/sjtOcGVUG2

Some people find it really cool

We must not forget the revolt against Mahira Khan and the grim names she’s being labelled with. People have disturbingly turned their backs on her and another dilemma surrounding our society rose to the surface. The reaction of people is an epitome of how double standards rule the mindsets here. A woman choosing to live her life the way she wants which doesn’t even slightly go in the society for worst got flaked. 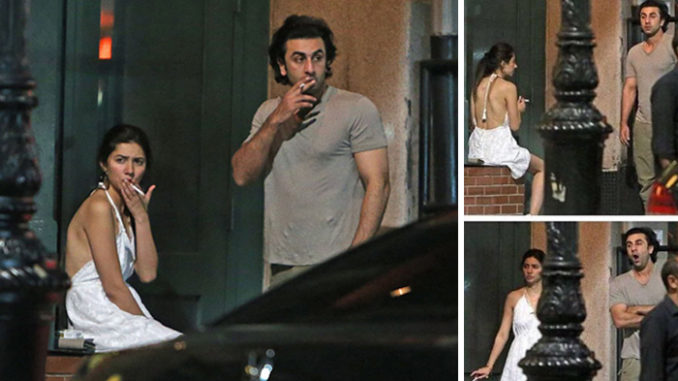 Point is: this particular subject has no inch of humour whatsoever. Keeping in mind, how disturbing it turned out to be for Mahira Khan herself and how much she must be traumatized after finding out what people had to say… However, the post was removed long after it wasn’t received well by the audience and we breathed a sigh of relief just learning that. But our intent is to set an example of how brands shouldn’t go beyond the limits about certain subjects.

Have your say in the comments.

According to Research, Your Mean Friend is the One who Wants the Best for You!
7 Underrated Desi Restaurants In Karachi That Serve The Best Food!
To Top