Chief Minister Punjab Usman Buzdar on Thursday will inaugurate a project ‘Open Defecation Free Punjab’. It aims to highlight the importance of proper sanitation in the region.

The project seeks to end the common practice of open defecation in the region. Buzdar is trying to emphasise the need for proper sanitation while highlighting and bringing awareness about the dangers of the act.

However, in the first phase, 10 district villages in the provinces will be getting facilities of public washrooms. The public toilets will be created by the Punjab government and teams will be sent to create awareness and teach people the toilet usage ethics.

In the second phase, 70,000 families who are used to open defecation and can’t afford to have a toilet of their own will be given materials to construct one for themselves, free of cost. 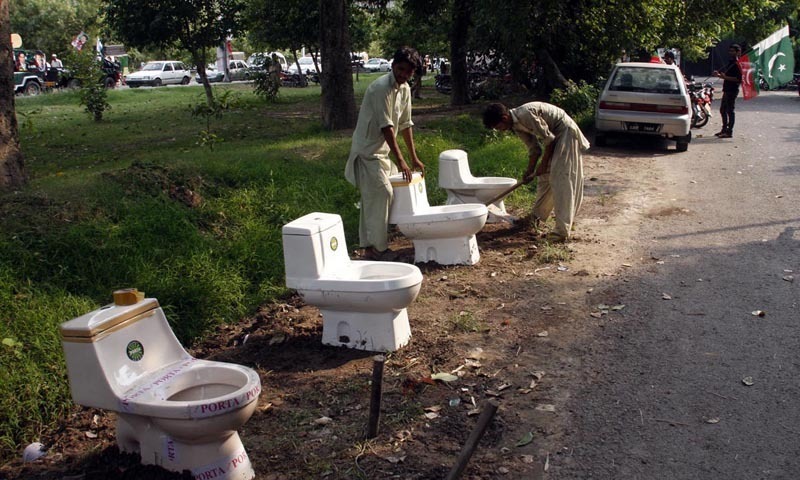 There are 41 million people who do not have access to a toilet in Pakistan and as a result, they are defecating in the open. And,  open defecation has significant health and nutritional consequences.

Moreover, most of the deaths and mortality rate for children under 5 are because of diarrheal disease in the Punjab region. Cholera and diarrhea claimed innumerable lives. Poor hygiene continues to cause these fatal diseases among children in villages.

Furthermore, Punjab government is working a lot in its health sector. Recently, Punjab Health Minister Dr Yasmin Rashid reviewed the performance of development initiatives in the province in a meeting.

The minister reviewed the progress at the Nishter 2 Multan, Institute of Cardiology Dera Ghazi Khan, installation of incinerators at Teaching Hospitals, Sehat Insaf Cards, University of Child Health Sciences at Children Hospital, MCH Sialkot and other ongoing projects in Punjab. The minister said that all ongoing schemes must be completed in time.

“Punjab is implementing a large number of development projects in the province. The previous government left a lot of projects incomplete. For decades, no new hospital has been started in Punjab. We are building new hospitals in view of the scale of Punjab’s health problems and its population. When we took over, we found a lot of projects which were developed only for sake of name plaques. The work on the upgrading of facilities is underway at full pace,” she said.