Business Community Afraid Of Suffering Losses Because Of PSL Matches

The Pakistan Super League(PSL) for the year 2020 is just around the corner. The total 34 matches will be played in the cities of  Karachi, Lahore, Rawalpindi, and Multan.

With most of the matches including the final set to be played in the Gaddafi Stadium, Lahore. President Lahore Chamber Of Commerce Industry raised the issue of businesses closing in the stadium’s vicinity.

Issue Raised By The LCCI

“We are not against cricket matches as these activities are very encouraging and aid in improving the image of our country,” said LCCI President. With the highly packed security toppling over for the security of the PSL players, markets in the locality are shut down. Also, Karachi is set to see troublesome traffic because of the PSL matches.

Moreover, at the LCCI meeting, businessmen suggested that sales activities are at their peak during this period. “We have estimated that the closure of markets around Gaddafi Stadium will dent trade activities. Moreover, the loss will tune-up to Rs21 billion each day. However, if business activities continue during these days, we expect revenues to soar to Rs40 billion.”

Additionally, it was stated at the meeting that tourists and locals coming to watch PSL, are more likely to buy things from the local markets. Markets that are especially near to the stadium.

The revival of international cricket is blooming, but trade and economic activities are also as significant. Following, the officials at the meeting presented previously generated statistics. With the matches previously conducted, Liberty, and other markets were closed on orders. This resulted in traders and daily wagers bearing great losses.

“A few matches of PSL are scheduled at the Gaddafi Stadium. If markets remain closed, the consequences will be bad. Subsequently, the business community and those earning daily wages will face mammoth losses.” explained the businessmen at the meeting. 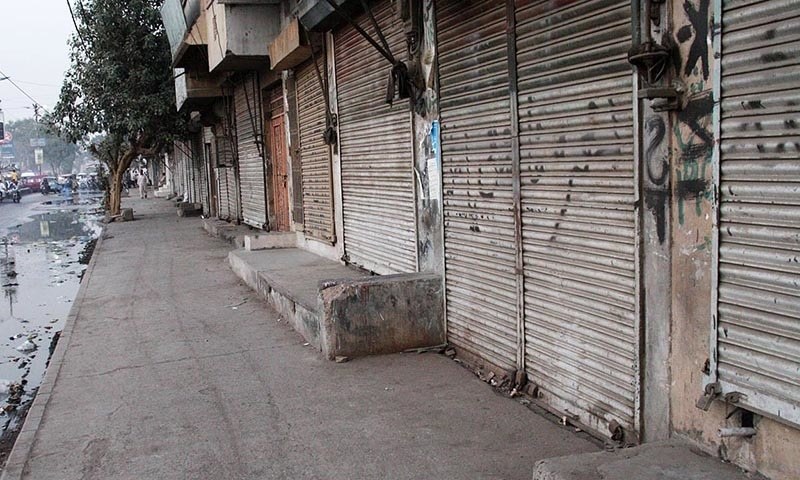 Solution To The Problem?

Nonetheless, a solution to this problem could be scheduling the matches to a new location. In this case, Multan could be the best option. It should be noted, that the cities of Karachi and Lahore are responsible for generating the most revenue as compared to other cities. Halting businesses in these cities could result in the economy of Pakistan to fall drastically.

Check out all the latest updates on PSL 2020.

On the other hand, Multan is a much smaller city, therefore, the shutting of markets in Multan could not result in such a huge loss for local businesses. Moreover, due to the lesser area of Multan, hordes of security wouldn’t be necessary.

Closing of shops in the stadium’s vicinity is inevitable. If the location of conducting the PSL is shifted to a smaller and much manageable city, Pakistani business will not suffer on a larger scale.

However, we are hoping that the government takes serious action and devises a fool-proof strategic plan to oversee this problem.

PSL In Karachi: Rehmat Or Zehmat For The Locals?
Careem Partners With Iqra University To Empower Students Through Mobility Solutions
To Top