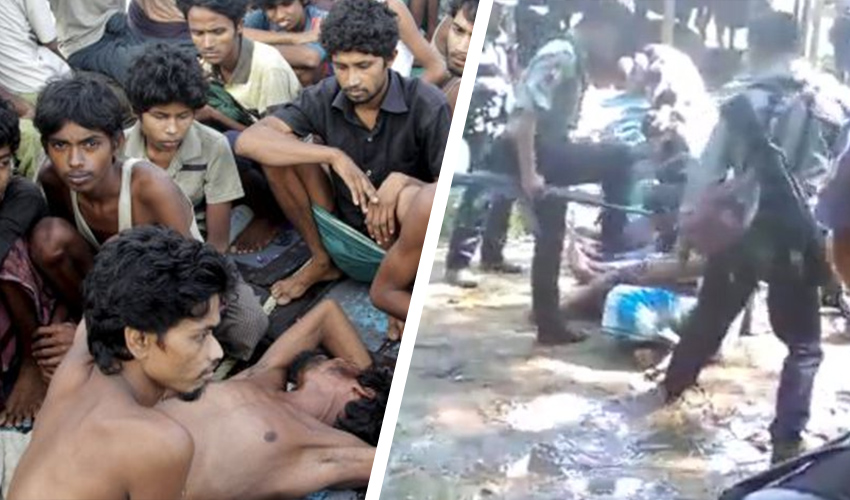 Shame could be a big word for a whole nation. Shame can define its do’s and don’ts. There are countries who have been put to shame due to what happened within their borders or what they did outside them. Some countries have gone as far as attacking their own people which has brought them shame. Most cared for that shame. But sometimes, some countries simply don’t care. They ignore that shame and continue with their evil deeds. One such country lacking any shame, probably because shame has forgotten its way to it, is Burma also known as Myanmar.

In the past few years, we have seen the Rohingya Muslims of Burma suffering from state-sponsored atrocities. They have been trying to run away from their land but failed to do so. The countries around Burma don’t accept them easily. With nowhere to go, they have become victims of the ‘soldiers’ of Burma. They have been killed, they have been raped, there has been a systematic genocide of these people. Graves and bodies have been discovered all around.

2015 was the time that the Rohingya got some coverage in the media.  And then the world went silent as focus shifted to Syria and somewhat towards the plight of Kashmiris. The world stopped caring about Rohingya however their suffering continued. That is proven through a recent video emerging from the Rakhine state of Myanmar. In it, you can see Burmese police kicking and beating Rohingya villagers.

Here is the sickening video…

With millions of views and thousands of shares, the video shows the sickening face of the state of Burma. The Burma that tortures its civilians because they belong to a particular ethnicity. How low can a nation get? The policeman is himself recording the video of his ‘men’ beating unarmed villagers. Probably the word ‘shame’ does not exist in their dictionary. The government has ordered an investigation after the video got international attention but is this the only time they put humanity to shame?

The biggest irony of Burma is not what it’s doing to its own people. The biggest irony is the fact that the elected leader of the country Aung San Suu Kyi is a Nobel Laureate. Nobel is the award given to those who work for peace and humanity. And the leader of that country is dead silent on these atrocities. Humanity? Shame? Not for Myanmar.

High time world leaders rise up and pressurize Myanmar and its leadership to get its act together. Ask them to have some shame. It’s high time the Nobel committee withdraws their award or at least threaten the leader of doing so. The United Nations call this a ‘crime against humanity’ but is that enough? They have the power to do so much more. High time they use those powers. And lastly, if not the government, at least the people of Myanmar should have some shame and speak up for humanity.

This is for the people of Myanmar:

Translation: Have some shame Myanmar!

[QUIZ] – What Message Are You Dying To Receive Right Now!?
Karachi Went From 6th Most Dangerous City to 31st, After Raheel Sharif Took Charge
To Top