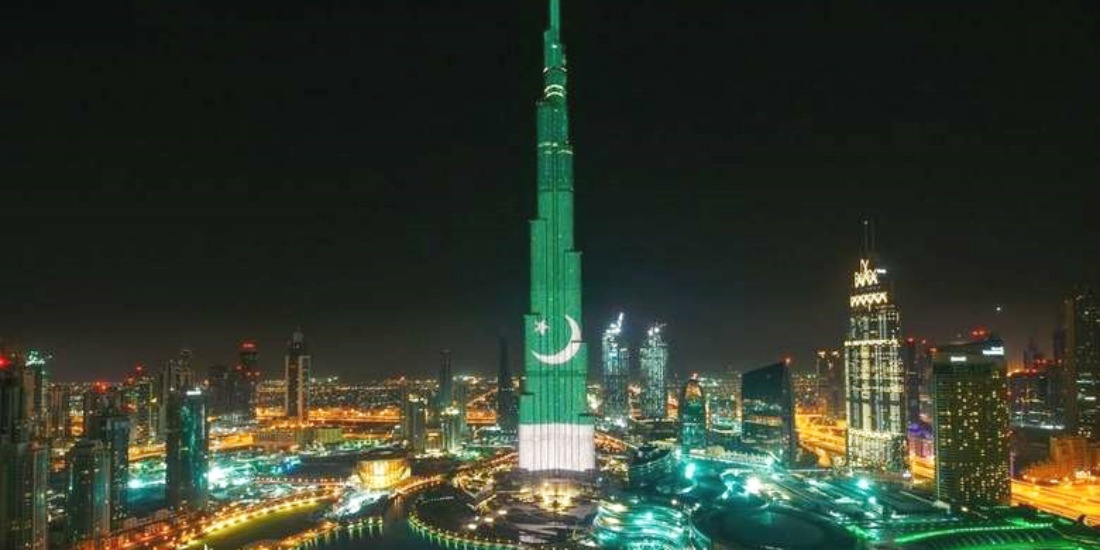 Today was a very special day for every Pakistani. Exactly 77 years ago, the dream became a reality when the Pakistan Resolution was passed in Lahore. Just as it is done every year, this year’s 23rd March celebrations were carried out with perfection. However, there was a late surprise from Pakistan’s Emirati friends, especially the ones at Burj Khalifa.

Late in the day, there was news about the world’s tallest building, almost 828 meters tall, Burj Khalifa, being lit up in the colors of Pakistan. This news got every Pakistani extremely excited and built the hype up for when the building was going to be covered in green and white.

With the news making rounds on social media, every Pakistani was excited to see Burj Khalifa in Pakistan’s colors. And when the tallest building in the world finally lit up, it was worth every second of the wait.

When the Burj lit up, Pakistanis who were there to witness the ceremony kept chanting “Jeevay Jeevay Pakistan!” and “Pakistan Zindabad!” – The crowds present at different ends of the Burj felt extremely patriotic and loved every second of it. Many people took to Twitter in a bid to celebrate the remaining hours of 23rd March.

@BurjKhalifa we are very thankful for giving such honour to Pakistan.
Thank you Dubai.
Thank you Burj Khalifa.

Special Thanks @BurjKhalifa to
lights up with Pakistan Flag#ThankuBurjKhalifa

Special Thanks @BurjKhalifa to
lights up with Pakistan Flag#ThankuBurjKhalifa

This might be a very small act from the people at Burj Khalifa and the United Arab Emirates but little things and efforts like these go a long way. As for the Pakistanis present in the UAE, they get to be proud of two countries at once, the UAE and their very own Pakistan.

Let us hope that the friendship between Pakistan and UAE goes beyond all expectations and our motherland Pakistan progresses beyond all levels in the future. Pakistan ZINDABAD!

Some Specifics about Boomerang Dysplasia and Associated Symptoms
Reuniting Over Music: Veena Malik Has Just Released A Patriotic Song With Her Husband!
To Top