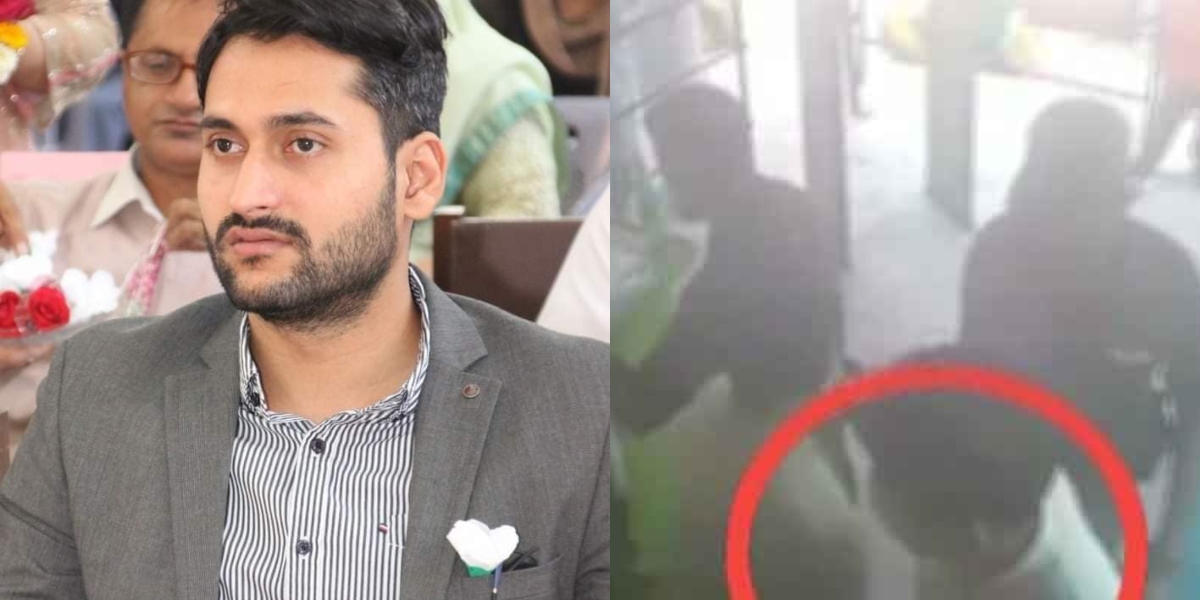 Rana Aurangzeb, the Assistant Commissioner AC of Punjab’s Burewala province was removed from his post by CM Punjab Usman Buzdar after his men tortured the guard following SOPs. Aurangzeb was involved in a fight with a guard of a private school.

The AC was inspecting private schools in Burewala. He wanted to make sure that they were following the government’s coronavirus SOPs. When he arrived at the school, his guards and the school’s security guard fought over the SOPs.

The video of the incident shows how the AC and the policeman first entered the building. After that, they went out, tortured the security guard and took him away in a vehicle.

Javed Nisar, the owner of the school in Burewala area of ​​Vehari district, narrated the incident in an interview to Independent Urdu.

He said, “When the AC arrived at the school gate with his police guards, the on-duty security guard, Muhammad Yusuf, stopped him to check the temperature with the device. However, AC’s guards did not comply with the procedure. Instead, they pushed him and went inside with the AC.”

“The AC returned after inspecting the school. The guards who were with him started torturing Yusuf. They grabbed him, put him in a car and took him to the police station and locked him up.”

I did not even recognize the AC, said the security guard

The security guard Muhammad Yousuf said he did not recognize the AC. He followed the instruction of the school administration that no one should be allowed inside without a mask and without checking the temperature.

According to Yousuf, “When the assistant commissioner came with the police personnel, no one was wearing a mask and no effort was made to check the temperature. On the contrary, they were tortured and taken to the police station and locked up.”

Footage of the entire incident was made public and the video went viral on social media. CM Punjab Usman Buzdar took notice of the incident and removed the assistant commissioner from his post. Shahbaz Gill, the PM’s aide, confirmed his removal on social media.

In his tweet, Gill said, ” The AC has been removed from his post. Justice will now be served. We want the same response from the police for giving fake FIR. We are thankful to Allah that this is Imran Khan’s government. In his regime, Khan will never tolerate injustice to the poor. The one who will try to exert power on the poor will be punished. Special thanks to CM Punjab for taking immediate notice.”

The AC has been removed from his post and we should be thankful to CM Buzdar. However, the actions of the Burewala AC and his men torturing a guard over Covid-19 SOPs are still a cause for concern. It still illustrates how those in powerful exploit the system.

On one hand, the government has ordered strict implementation of SOPs to prevent coronation in schools. Most of us are still following these SOPs. However, high-ranking officials like AC Burewala are abusing their power. It’s essential for such influential individuals to act responsibly.

Pakistan Has Worst Infant Mortality Rate In The world – What Are We Doing To Control It?
Lt. General Usmani, Deputy COAS Under Musharraf, Dies Alone In His 35 Year Old Car
To Top