The maintenance of infrastructure in Pakistan has always been ignored. A consequence of this is the recent building collapse in the area of Golimar. The sudden collapse has taken the lives of eleven unfortunates, following, several locals sustaining multiple injuries. 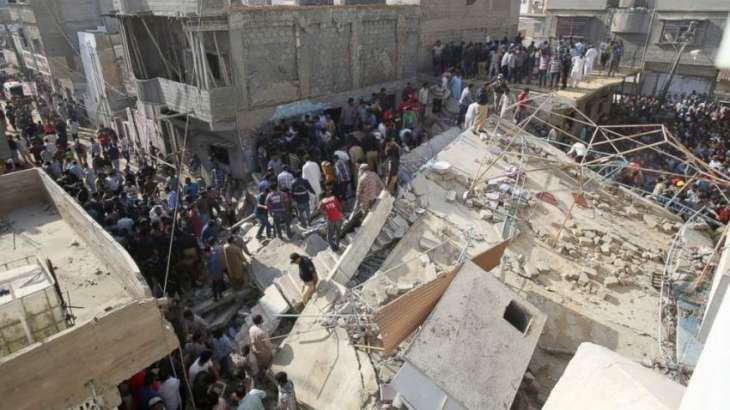 According to the media reports, the buildings collapsed on Thursday. Following, rescue officials describe that, within the rubble, a dead woman and two children were located. Along, with one sustaining multiple injuries rushed to the nearby hospital.

Read Also: The Story Behind These Buildings In Karachi Will Leave You Spellbound

Police of the Golimar area claims that two other buildings collapsed in the very same vicinity. However, there is a fourth building in the vicinity of the collapse site which is not safe to live. Following the collapse, army personnel and Karachi Metropolitan Corporation’s team reached the collapse site. Detailed analysis tells that the damage was in the lower portion of the building. Moreover, the building seriously required restoration.

With the line of injured patients at the Abbasi Shaheed hospital, the hospital officials declared the situation as a state of emergency. Nevertheless, senior Doctor, Salma Kosar shed light on the matter stating that around 25 patients with severe injuries were admitted to the hospital. Furthermore, six of them are under special observation in the ICU. 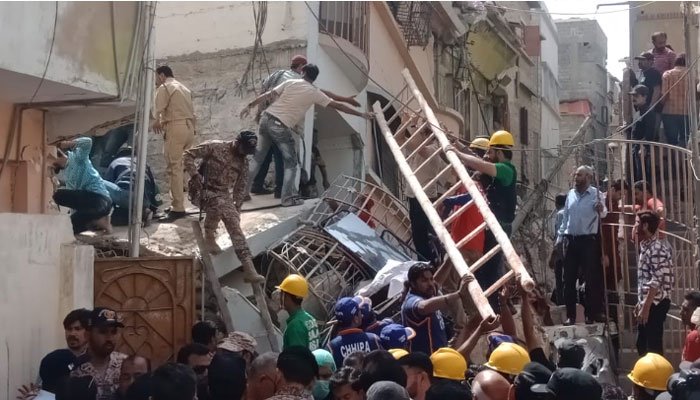 Authority’s Concerns Regarding The Incident!

Importantly, Chief Minister Sindh Murad Ali Shah sent the deputy commissioner to address the situation. Moreover, Sindh Building Control Authority Additional Director Ashkar Daud claims that the building constructed illegally. Previously, he said: “There are more than 300 old and dangerous buildings in Karachi. We certainly want to demolish them as soon as possible, but the occupants of those buildings are unwilling to evacuate them.”

Also, officers with their involvement in the case, are handed with their suspension letters. Similarly, in the past, the government suspended 28 SBCA officers with the allegations on them. In an interview to a news channel, Ashkar says that the construction of the building was done by merging 40-sq yard plots. And vintage buildings like these, seriously require demolishing or renovation, so that locals vacating this building won’t have to live in fear.

Previously, a 15-year-old building collapsed in Ranchore Lane’s Sumra Gali. The building was already in its worse possible condition since its pillars got weak substantially, over the passage of time. Importantly, the SBCA had evacuated the area before any local could sustain any life-threatening injury