Certainly, Ranchor Lane comes under the old city area and is filled with construction gone week with the passage of time. Often, news of houses breaking and buildings turning to dust stirs a catastrophic scene for the one’s who lose everything. In such unstable circumstances, this week, on Monday, a 15-year-old building in Ranchore Lane area of Karachi collapsed after the residents were vacated.

Here’s the full news report of the incident!

Eventually, the horrific incident has been covered by several major news publishing outlets showing the exact moment of collapse. According to local media reports, the affected building was constructed about 15 years ago which needed maintenance. Situated in Ranchore Lane’s Sumra Gali, the building was already in a dilapidated condition because of its weak support pillars.

SBCA vacated the building before it crashed!

Reportedly, soon after the residents felt the houses shaking, informed the Sindh Building Control Authority (SBCA). After reaching the place, the SBCA completely cordoned off the vicinity and completely vacated the effected site. Later, after a few minutes, the building collapsed and turned to dust while the bypassers captured the moment in their cameras. 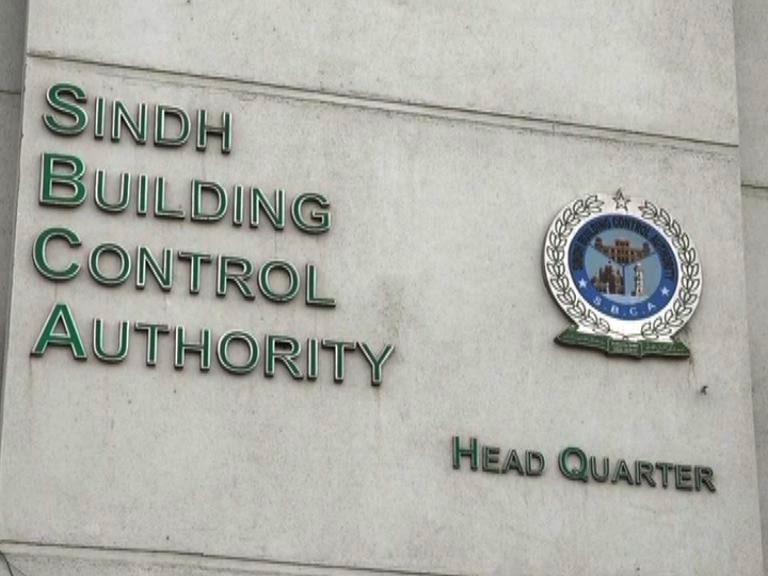 The six-storey building consisted of a total of 21 flats which at the time of the collapse were empty, thankfully. For now, the gas and electricity connections of the affected space have been cut while the residents are left homeless. Well, on the situation, Ashkar Dawar, director of SBCA expressed his concerns over the matter.

“There are more than 300 old and dangerous buildings in Karachi!”

While talking to the media, Ashkar Dawar said that the authorities want such ill-conditioned buildings demolished. Moreover, he stated, “There are more than 300 old and dangerous buildings in Karachi. We want to get them demolished but their occupants are unwilling to vacate”. 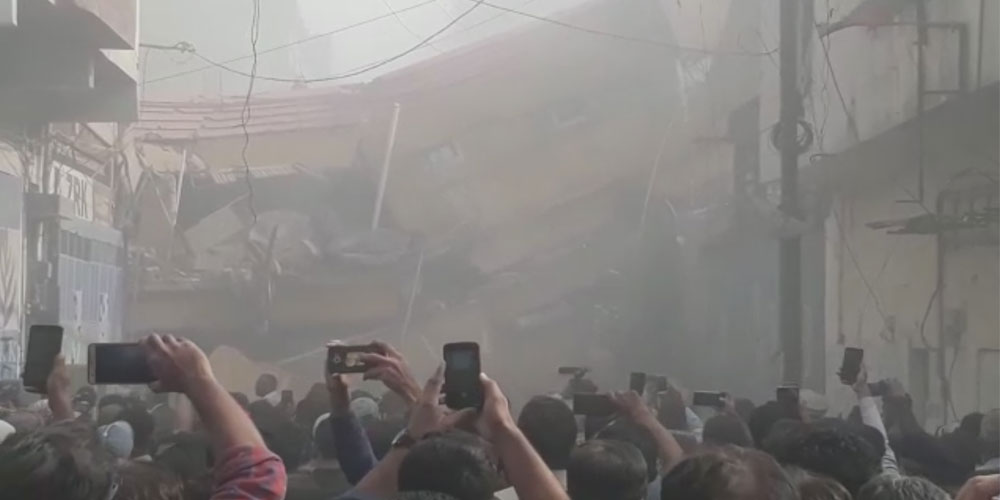 Talking about the further investigation, Askhar Dawar told that the technical team is on its way to the collapsed site. Further, he maintained, “Members of the SBCA’s technical committee on dangerous buildings are reaching the site of the collapsed building after which they will share more details”, Ashkar Dawar added.

Read Also: The Story Behind These Buildings In Karachi Will Leave You Spellbound

Well, thankfully there were no casualties reported and apparently, Sindh’s Chief Minister Murad Ali Shah has also taken notice. Reports say that Shah has taken notice of the incident and has ordered an official report from SBCA officials. Further, the commissioner is also directed to investigate the collapse and punish those responsible for the devastation.