Many are considering today (11th June 2019)’s Federal Budget for the fiscal year 2019-2020 the most important one in recent times. The incumbent government of Pakistan Tehreek-i-Insaaf (PTI) under the leadership of Prime Minister Imran Khan, has presented the ‘austere’ budget of 2019-2020.

Minister for Revenue, Hammad Azhar, presented the new budget in the parliament. Understanding technical terms and long speeches aren’t for everyone. Thus, we’ve made a feasible list for you to understand the important changes. Here are x extremely important things in the new budget that every Pakistani must know about. 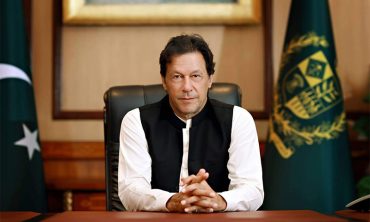 1. Government servants from grade 1-16 will see a 10% increase in their salaries.

2. Government servants from grade 17-20 will see a 5% increase in their salaries.

3. Civil government’s budget has been cut down from 460 billion rupees to 437 billion.

5. The Defense budget will be around 1150 billion rupees.

6. Prime Minister and his Cabinet have reduced their salaries by 10%.

9. FED on Cars – which means more tax on buying vehicles, depending on their CC.

10. Except for eggs and chicken, all other food items have been made MORE expensive than before!

11. Prices of Gas, Petrol, and Electricity have also been increased!

12. There ‘might’ be a decrease in the price of medicines.

13. Cellphone prices have also been increased by a tax ratio of 2%. Imports on cellphones increased by 3% VAT.

This ‘austere’ budget, doesn’t look very supportive for the common Pakistani in these tough times, but oh well, anything that can help Pakistan in the long run, InshaAllah!

This Dying Pakistani Father Is Waiting For His Daughter’s UK Visa So He Can See Her For The First And Last Time!
This Is What Islam And Hadiths Say About Ghazwa-e-Hind!
To Top