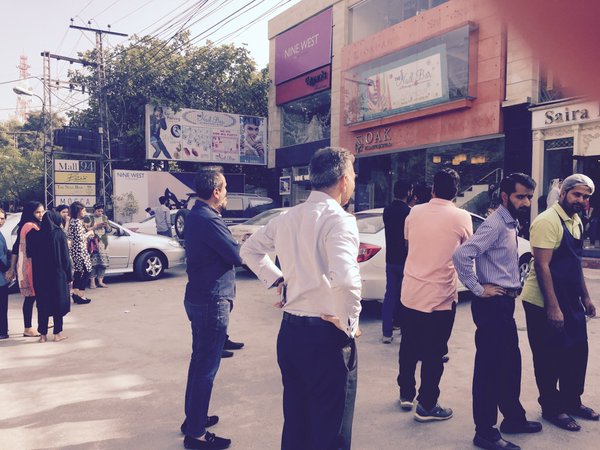 A strong earthquake of magnitude 8.1 on the Richter scale jolted parts of Punjab and Khyber-Pakhtunkhwa on Monday.

Tremors were felt in Lahore, Islamabad, Faisalabad, Multan, Chitral, Mardan and nearby areas.

According to sources tremors were felt for over one minute. The quake spread panic among people and they rushed out of their homes, however; no loss of life or property has been reported so far.

Pure terror. A minute of a quake.

So a massive #Earthquake in #Lahore and everyone evacuates pic.twitter.com/SUyAH5QATl

The building outside my house just collapsed.

An image from Islamabad where cracks appeared in a complete building #Earthquake pic.twitter.com/7ZcjOxUcyU

Everyone recite this, those in Pak that experienced the tremors and jolts. #earthquake pic.twitter.com/r0D21c0AIt

Also See: Farhan Akhtar Was Called ‘A Pakistani’ On Social Media. His Response Was Epic