The video of Israeli soldier assaulting an injured Palestinian boy is making rounds on the internet. The noteworthy fact is that women from the newly constructed Israeli village of Nabi Saleh stood against it. The brave women did not hesitate to attack the soldier and save the child. 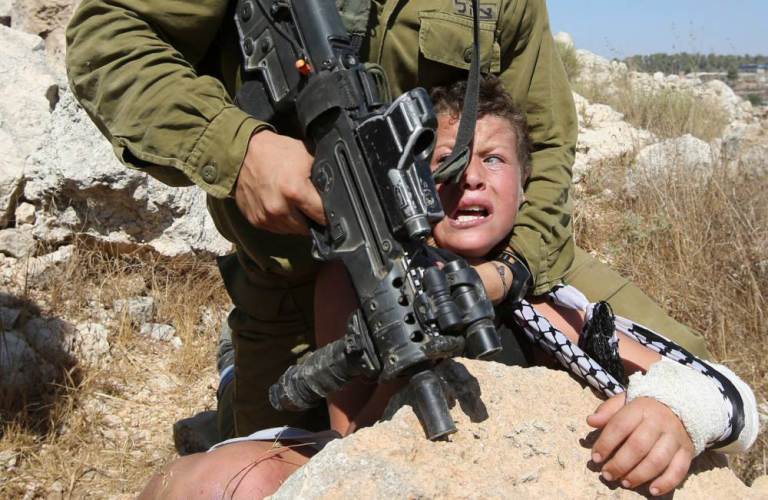 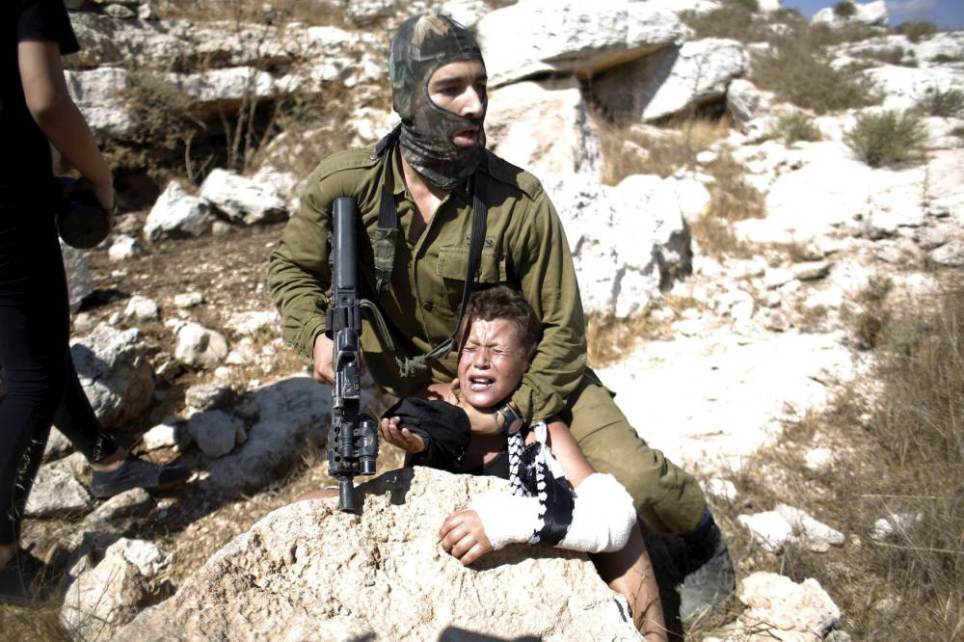 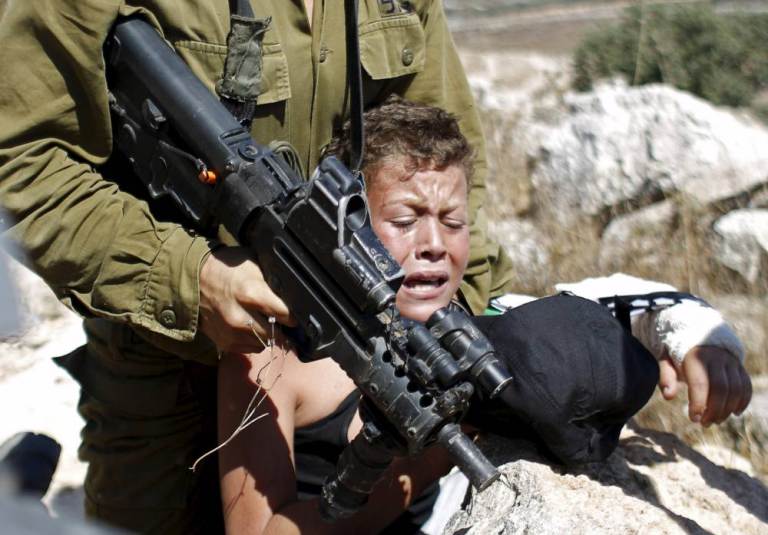 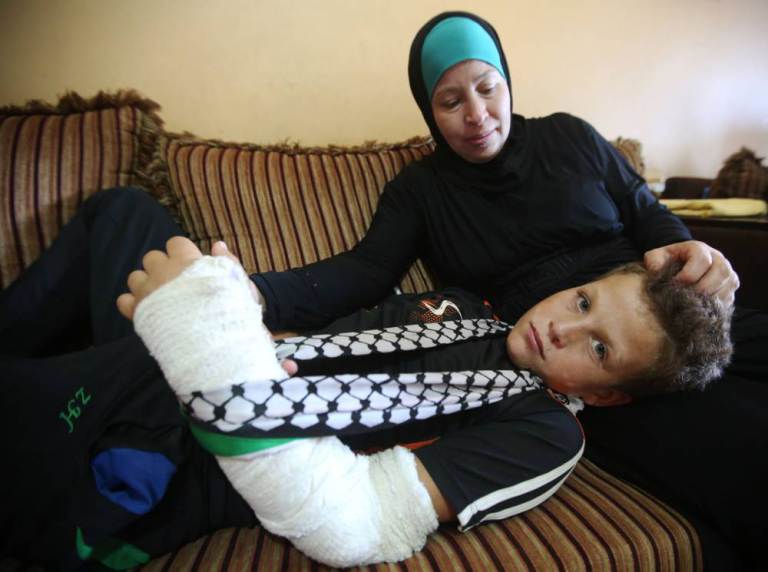 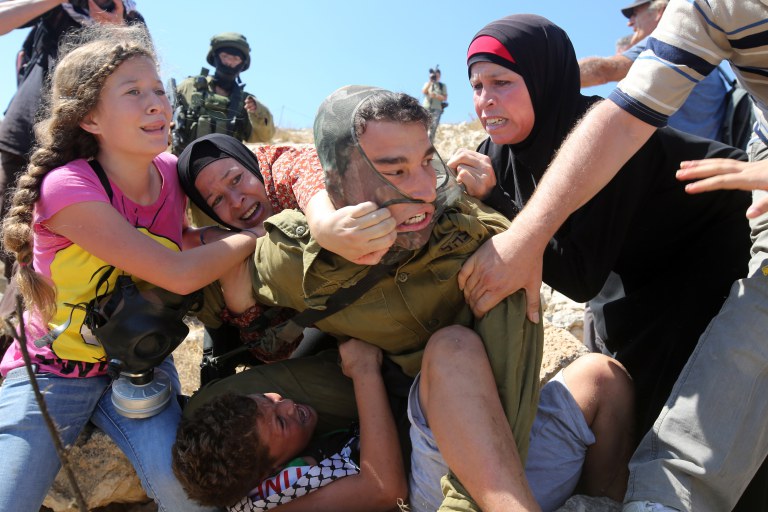 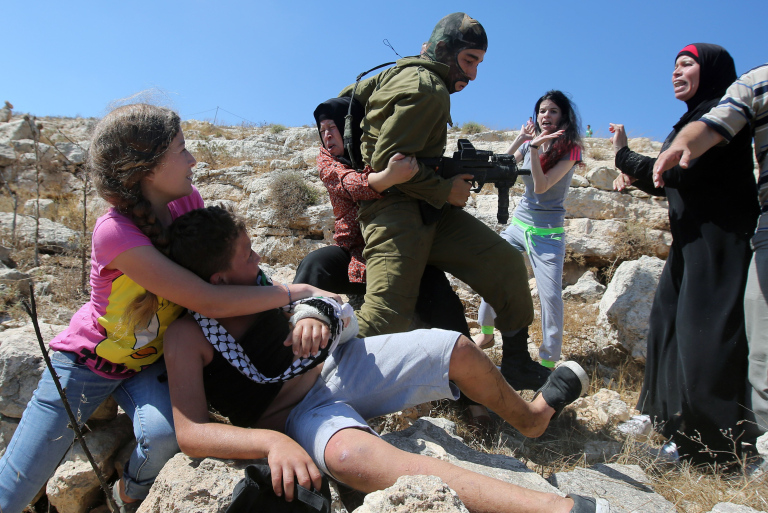 The only justification for the assault Israelis gave was that the boy threw rocks on the soldiers. However the eye-witnesses say that it was a reaction to the bulldozing of their ancestral homes. The so called Democratic World is still silent on this issue. They talk about world peace and Taliban being the most brutal organization, what about Israel… is anyone going to say anything about them?