This Brave Traffic Warden in Karachi Stood Up Against a Navy Jeep and Everyone's Praising Him! 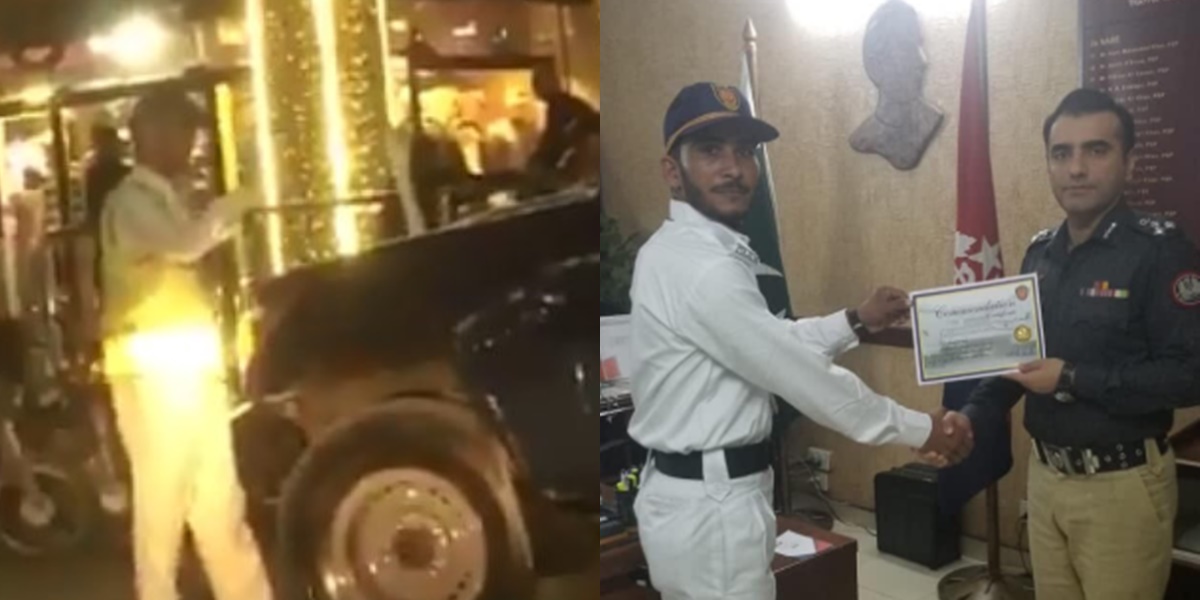 It is quite common that we hear sweeping statements that indicates that the army officials are privileged in this country. Citizens believe that the army officials are capable of making and breaking the laws without being held accountable. This even goes to the fact that they can mend certain laws, such as violating the traffic rules and thinking they will get away with it.

In case you haven’t seen the video, here’s what happened:

And Most of the People Were Praising the Traffic Warden

Pray for the life safety of this poor Trafic Police Warden stopping a military Vehicle cause of violating the traffic rules pic.twitter.com/8DHDGpYTNx

Now This Created an Uproar On Social Media As Well

As mentioned earlier, the civilians believe the officials wearing army uniform can mend the rules and get away with using their privilege. This, indeed, made everyone pretty furious!

I hope Military Officers shall not deal it "PERSONALLY". It's matter of law violation, they shall look it as per their laws and rules.

bravo
This kind of videos swell my chest with pride
If you have some sort of legal power you should not bow to the wrong mighty ones.

It's not about Army

This is pathetic bloody old school mentality shown by this individual driver in uniform.

The Mind set needs to be changed. Really shameful. If someone can identify number plate serious action can be taken against this indl.

It’s about all the “sarkari” elite class either army, civil servants, politicians, their familyrelatives, lawyers and a long list

It’s about army and it’s not acceptable behaviour at all. Every body is equal but this nasty behaviour from top ranked army officers is common.

Warden should be rewarded & army officer should be reprimanded @ImranKhanPTI @OfficialDGISPR & investigation report should be made public thanks!!!

And Guess What? That Really Happened!

The traffic warden who had stopped navy official from going wrong way at Karachi Saddar got an appreciation certificate from IGP Sindh.

Hero of the year. 💪 pic.twitter.com/X3l5Yawzh9

And EVERYONE Was Praising them!

Wish & pray for safety of courageous constable and the officer who recognized him !

He at least needs an instant promotion.

Cpt. Aqib Jawed Embraced Shahadat Fighting Terrorists A Few Days Before His Nikkah And It’s Heartbreaking!
This Restaurant In North Helped 500+ Tourists Stranded During Land-sliding And They Deserve Our Respect!
To Top