Pakistan’s Prime Minister Imran Khan and the PTI government have been making credible efforts on an international level to bring the world’s attention to the atrocities committed by the Indian forces under Modi’s Hindu extremist reign.

The beautiful occupied valley still observes weeks-long lockdown with no internet or phone line connection. The only news that is coming from IOK is reported by their national media that lies and fabricates, furthering the Indian propaganda of portraying an image that shows a peaceful place with Kashmiris happily living going about their lives. 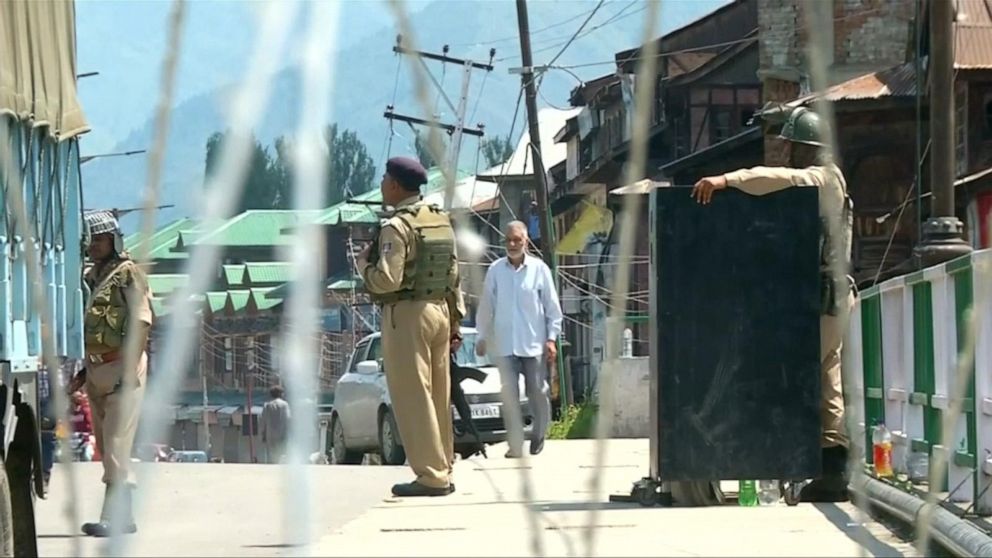 The Quint, an Indian media hub exposed their own military which is stopping the local journalists from reporting the ground realities and if they somehow manage to capture some footage of the incidents, the police or army tracks them down and deletes it.

Pakistan has been doing everything in their power to raise voice against Modi and the genocide being committed in Kashmir on his orders. The only best route in saving Indian occupied Kashmir is through diplomatic routes as a full-blown war is not an option. Blocking Pakistan’s airspace is another tactic that is on the table. However, the time has come for every Pakistani to do their bit in isolating India and they are not sitting idly.

Now, in a bid to show solidarity with the Kashmiri brothers and sisters at the other side of the border, Pakistanis have called out for a nation-wide boycott of all Indian products.

Currently, #BoycottIndianProducts is trending on Pakistani Twitter and this not only includes the products only but also encompasses every Indian drama, movie, and anything that is Indian. So let’s do our part as individuals by not investing in products, brands, movies, and dramas that are made by the enemy nation.

Here’s a list of all Indian channels that you can avoid. This may seem small of an effort, but everything counts considering how sensitive the situation has become. Let’s remember the sufferings of every Kashmiri woman, man, and child in India.

Let this be a large-scale protest against Indian atrocities in IoK.

Being a Pakistani show your patriotism and avoid these poisons which cause of genocide for Kashmiris #BoycottIndianProducts pic.twitter.com/Vol6sLdzTi

True. Let’s promote our own local produce and support our own economy.

When you use Pakistani products, the quality of our products will also be improved
Pakistan zindabad ✋🇵🇰#BoycottIndianProducts 👎🇮🇳 pic.twitter.com/AxoH4pFRto

This campaign was successful in putting the word across Pakistan and worldwide. Now it is time to truly execute this plan isolating India in every way.

Many Thanks to International Community for raising voice against violence in Kashmir. pic.twitter.com/p4GXDbssAX

This boycott is like hitting two birds with a stone. Not only are you promoting your own products and brands but also protesting against India by declining theirs.

Any Boycott is the best & most patriotic response by Pakistanis to BJP India’s human rights atrocities against the Muslims of Kashmir.

Be Pakistani.
Support Pakistani.
Made in Pakistan only should be the best course of action.#BoycottIndianProducts pic.twitter.com/6jZMjxFGRm

As responsible citizens who care for their brothers and sisters in Indian occupied Kashmir, let’s make this boycott a success. One can only pray now as Modi and his ruling party BJP has left us with no option. Kashmir will be free. Amen!

The Horrifying Stories Reported At Makli Qabristan In Sindh Will Send Shivers Down Your Spine!
Youngest Rapper ‘Kaky’ From Lyari Is Blowing Everyone’s Minds Away With His Amazing Rapping Skills!
To Top