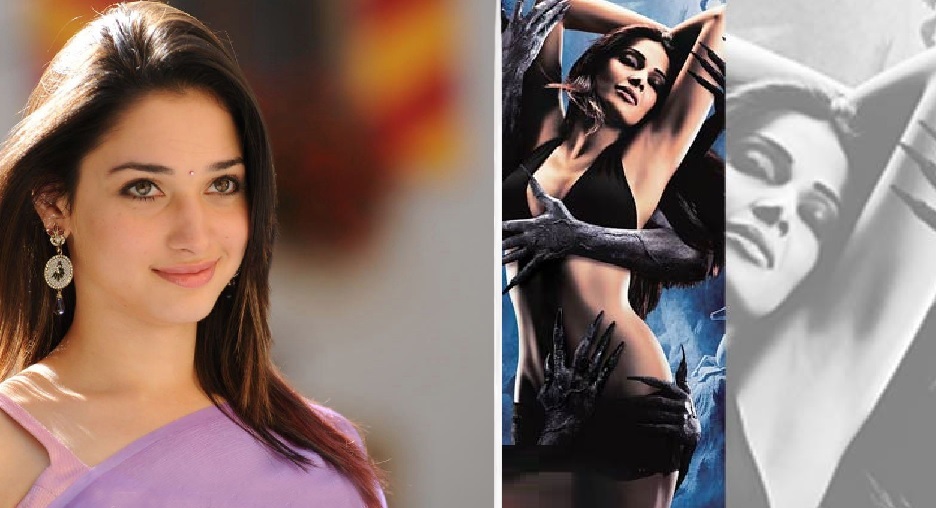 Who doesn’t remember the songs ‘Beat pe Booty’, ‘Sheila ki Jawani’ and many others that focus on a woman’s body… Bollywood has used women as a commodity for many years. The increasing rate of objectifying women by the Indian film industry has once again come to the limelight. It has happened after actress Tamannaah Bhatia reacted to the director of her movie after he indirectly said that he objectifies women.

The director, Suraj, made sexist comments during an interview. He said that in his movies he forces the actresses to wear short clothes to get maximum viewership. He even gave details on how he achieves what he wants. The director further stated that he makes the women wear short clothing even if they are uncomfortable in those dresses because the audience is paying to see them that way.

Suraj said, “Audiences pay money to watch heroines in full glamour. As a director, I don’t like to see my heroines fully clad in a sari. If we’re paying money to watch a film, we should expect Tamannaah to look glamorous. Any commercial film should have glamour,”

Suraj further went on to say…

“Whenever my costume designer presents my heroine in knee-length outfit, I’d ask him to cut it short. If my heroine gets angry, I’d tell her audience haven’t paid so much for nothing,”

The actress Tamannaah Bhatia reacted to her director and said that she was hurt and angered by his remarks. Making a point that she is an artist, she said that she was there to entertain by her acting and not to be used as a commodity. She also talked about the lack of respect for women prevailing in India.

I would definitely want him to apologize not only to me but to the entire women in the industry. We are actors and we are here to act and entertain audiences and should not at any point be objectified as commodities…  It is sad that women in our country are spoken about so frivolously….

Is it an isolated incident?

After these comments by Tamannaah on Twitter, the social media erupted and criticized the director leading him to apologize. But is it really an isolated incident? Is women objectification not a dark reality in Bollywood?

While words like glamor and commercialism can be used as a beautiful wrapping to cover the women objectification prevalent in Bollywood, it doesn’t change the reality. Using a women’s body as a display to earn money and get viewership has been increasing lately in the Indian film industry.

Saying Objectification of women is wrong and then making 100+ movies and item songs every year to objectify women.Our great #Bollywood

There have been songs from ‘Tu Cheez Bari Hai Mast Mast…’ to those discussing Sheila’s Jawani, Munni’s Badnaami and more talking about ‘Beat pe Booty’, ‘Zara Touch Me’ etc. All of these have been breaking records on charts. It’s not just Suraj who is to blame. The director was naive enough to speak the truth publicly and unlucky to have Tamannaah acting in his movie. Sexism and women objectification is a reality prevailing in Bollywood and sadly some of Pakistani directors are trying to copy the same trend.

How has objectification affected the Indian society?

The region where India and Pakistan are located has been known to respect their women. By showing women as moving flesh of meat, using their bodies as a commodity on display, using them to increase business – the directors at Bollywood aren’t just objectifying women, they are hurting the very fabric of the Indian society. And they have done a lot of damage already. 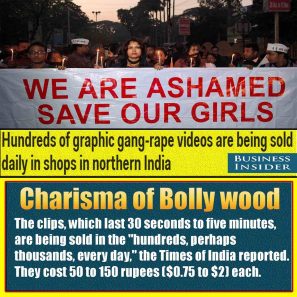 Today, India is a country where rape has become an epidemic and even armed forces are raping 14 year old girls. India has become a place where women are beaten on the streets, where their clothes are ripped off in public, where every other women has faced some sort of molestation or harassment and such objectification via the big screen is affecting minds of masses making the mess even worse.

Even foreigners have not been spared.

Apart from the directors, are actresses working in movies that objectify them also to blame? Well, obviously. Tamannaah had the courage to speak. Do others do the same? No, they choose to be objectified and their decision not only affects them but it affects millions of viewers watching them. They make a women look nothing but a commodity to be used – forcefully or however. The absence of respect for women in the Indian society can safely be accredited to Bollywood’s treatment of a women’s body as a display – as an object.

It’s time Bollywood changes its ways and saves the Indian society from further destruction. Also, Pakistani directors trying to go the Bollywood way should learn a lesson or two and see what has been the effect of such ‘glamour’ on the Indian society. High time actresses act in stories and not just be treated as commodities.