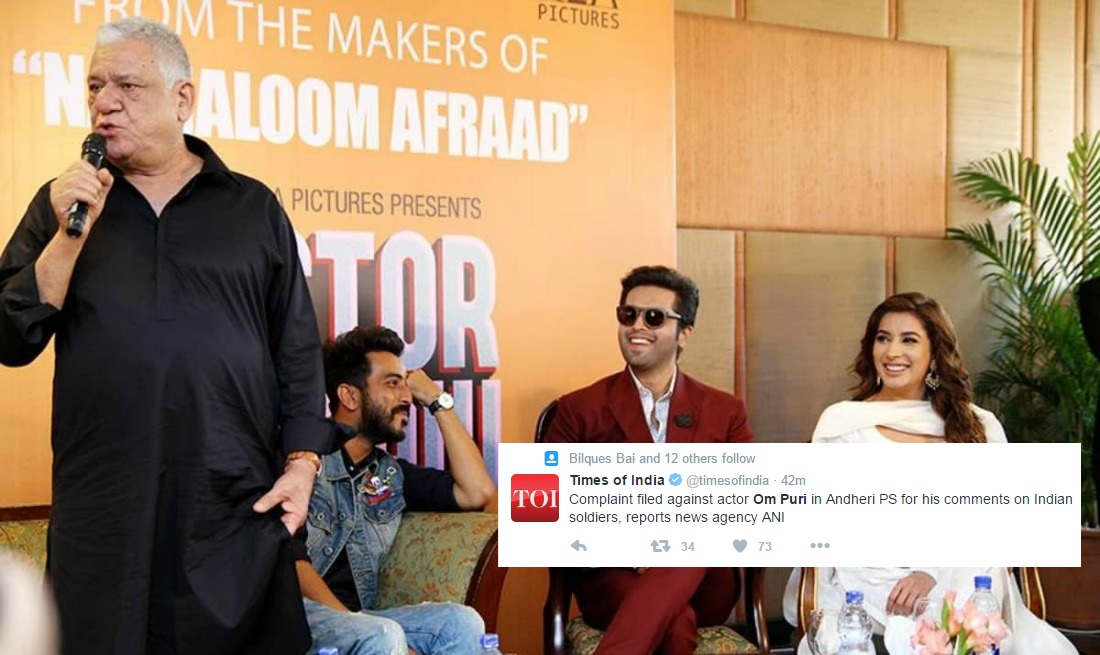 Om Puri, a famous name in world theatrics and a legendary figure for India’s Bollywood has come under serious thrashing after his comments on the escalated ties between India and Pakistan.

In an Indian TV news show, where a number of analysts were seated, Om Puri made some authentic and realistic remarks about the Pakistani actors working in India and dead soldiers of the Indian Army, respectively. The veteran actor Puri had lent support towards Pakistani actors nurturing in Bollywood.

Om Puri, who has recently worked in Pakistani blockbuster Actor In Law alongside Fahad Mustafa and Mehwish Hayat claimed that Pakistani actors were not working in India illegally and if sent back, their producers would suffer heavy losses.

However, things seemed to be under control till then, but as soon as Om was forced into talking about the Indian Army, that’s where things got out of hand. Puri said: “Who had asked the soldiers to join the army? Who told them to pick the weapons?” 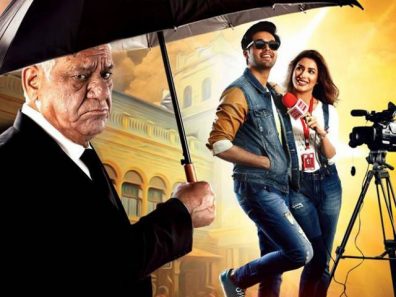 The actor did not stop there, after he was kept engaged in the debate with the other panel members, he lost his cool and ended the conversation by saying “India should prepare 15-20 suicide bombers and send them to Pakistan, so they can blast themselves!”, before he stood up and walked out of the show.

After that, all of India including celebrities lost their cool.

This is how Indians slated their legend Om Puri

What a shame Ompuri! Heard him on tv yesterday and I couldn't believe my ears What a disgrace! just lost all respect as an actor. #OmPuri

#Om Puri u should avoid alcohol, coz in that fling u had embarrassed #AnnaHazare, also supported paki actors & criticised Indian army.

Insensitive is a small word for you, you are a selfish traitor #OmPuri

On the other side of the border, Pakistanis showed their support towards Om Puri

#OmPuri you the man. Keep standing up against hate. Much respect.

It's not Om Puri who wants money. It is Indian media who takes money from weapon factories in foreign countries to try their best for war.

Coming to analyze the actor’s remarks, it can easily be seen that they have been taken out of context.  Om Puri just wanted to bring peace between India and Pakistan and show his support towards Pakistani actors. After that, he was agitated and instigated to make such remarks by the warmongering Indian media.