Indian police are still probing whether an up-and-coming Bollywood actor Sushant Singh Rajput, who committed suicide, was depressed in part due to “professional” rivalry. The Bollywood film industry is known to be dominated by big names and has been accused of being insular.

Rajput, a 34-year-old actor who won acclaim and fans for his roles in several top-draw films, hailed from a middle-class family with no Bollywood connections – a relative rarity in the industry.

And, now AR Rahman has come up with more revelations about the B-Town and its toxic environment.

‘A gang is working against me in Bollywood’

The Oscar-winning composer has said there is a gang that is spreading rumors about him in the Bollywood, which is stopping him from getting work.

He broke the news while he was on a local radio show. Rahman was asked about why he does comparatively fewer Hindi films, as opposed to his frequent output in Tamil cinema.

“I don’t say no to good movies, but I think there is a gang, which, due to misunderstandings, is spreading some false rumors,” he said.

Sharing a recent incident, Rahman said, “When Mukesh Chhabra came to me, I gave him four songs in two days. He told me, ‘Sir, how many people said don’t go, don’t go to him (AR Rahman) and they told me stories after stories.’ I heard that, and I realized, yeah okay, now I understand why I am doing less (work in Hindi films) and why the good movies are not coming to me. I am doing dark movies, because there is a whole gang working against me, without them knowing that they are doing harm.” 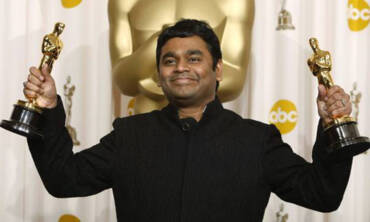 Rahman has composed some brilliant soundtracks for films such as Swades, Dil Se, Guru, and Rockstar. He has also won two Academy Awards for his work on Slumdog Millionaire.


Then why is he being subjected to such treatment in Bollywood? Is it because he is a Muslim? or, is it due to the fact that he is too good?

AR Rehman struggling in the B-Town is real. After Sushant’s death, social media and cultural commentators had criticized the allegedly closed culture in Bollywood. Some families here have dominated for up to four generations.

Also Read: Sushant Had No Friends In Bollywood – Is The Indian Film Industry Fake?

This Brave Woman, With Toddler Besides Her, Sells Lunchboxes To Help Husband In Running Family
WATCH: Two Women Misbehaving With Police Officers & Allegedly Assaulting Them In Karachi
To Top