A man named Nazeer Afzal has come out with a statement to the BBC saying that his brother’s dead body had to be kept in the freezer for 6 days. Nazeer’s brother, a 71-year-old, died due to not being able to cope with the Novel COVID-19 coronavirus.

Nazeer says that his brother’s body had to be placed inside a freezer. The reason he could not be buried instantly was that there were 300 dead bodies in line before him. This incident took place in a Muslim household in the United Kingdom.

Nazeer himself is an Ex-Chief Prosecutor in the Northwest of England. He said that on April 8, 2020, his 71-year-old brother passed away from the illness. Nazeer’s brother Umar Afzal worked as a Spokesperson for the Home Office in the UK.

As per Nazeer, his elder brother went to sleep on the night of April 8th but did not wake up after. Due to the lack of places in the morgue, Umar Afzal’s body had to be stored inside their house. The family together emptied the freezer and with a heavy heart, placed Umar’s body inside the freezer.

The worst bit came when burial places could not be arranged for another 6 days. Feel the toll of his brother’s death and his body being placed in a freezer in their home, is unimaginable.

Nazeer went on to say that authorities informed him that due to increasing deaths, his brother could not be dealt with. For 8 hours, Umar Afzal’s coronavirus hit body lay there in bed, with nobody touching him.

He said the whole family was present when his brother died, and everyone was wearing protective equipment. Even though as per Muslim traditions a dead body needs to be buried within 24 hours, this was not possible. 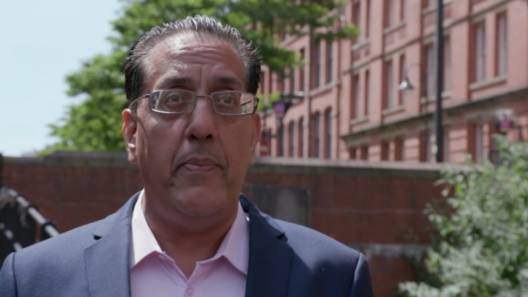 The medical authorities in the UK informed Nazeer that there were 300 bodies before him waiting to be buried and that the family had to wait. In a bid to stop the body from decomposing, the family had to purchase a home freezer, where the body was stored for the next 6 days.

This, in turn, is a harsh reminder of the fact that the coronavirus is a devilish illness waiting to spread. Nazeer’s family had to practice severe precautions while dealing with this tragic heartbreak. Not only the common man but frontline medical staff around the world are also feeling the coronavirus heat as well. Recently, Dr. Javed from KPK passed away due to the illness fighting it on the frontline as well.

Umar Afzal was famous in his circles and is known to have command on 6 languages. The 71-year-old’s family went through severe heartache and the pain of not being able to bury their loved one. In total, it took 9 days for Nazeer to bury his brother’s dead body.