Ukraineâ€™s National Guard have detained two journalists from Russian TV channel Zvezda TV at a military roadblock near the city of Slavyansk. According to their driver, during a routine check they were blindfolded and taken to an undisclosed location.

Ukrainian MP kicks out Russian journos from parliament, calls them â€˜spiesâ€™ (VIDEO) Video operator Andrey Sushenkov and sound engineer Anton Malyshev have been unreachable since 14:30 GMT Friday afternoon, Zvezda TV announced on its website.The crew was heading from Donetsk to Slavyansk, the scene of intense fighting between the pro-Kiev forces and self-defense militia.

â€œAt the approaches to Slavyansk we got in touch by phone. They said National Guards were searching them and they would call back as soon as the search is over. Since then their numbers are unobtainable,â€ said Zvezda correspondent Evgeniy Davydov, who was in touch with the crew during their stay in Ukraine. Their driver, Ruslan Zaslavsky, a local citizen of Slavyansk, was also briefly detained, but released several hours later.

The National Guards have checked the numbers of entry stamps in journalistsâ€™ passports with someone they contacted on the radio, before a man in plain military uniform â€“ without a helmet or body armor â€“ took the guys away, Zaslavsky said. â€œI saw them putting balaclavas on the guysâ€™ heads, but the wrong way about, so that they could not see anything,â€ Zaslavsky told Zvezda after his release. â€œThey were forced on their knees.

â€œ The TV crew must have been taken to nearby Kharkov or Izyum, Zaslavsky suggested, as the roadblock was located about 5 kilometers from Slavyansk in the â€middle of nowhereâ€œ â€“ between two fields â€“ and the National Guard did not even have a tent there.

â€œThe channelâ€™s directors call on the newly elected president of Ukraine Petro Poroshenko to release Andrey Sushenkov, Anton Malyshev,â€ the head of Zvezda holding Aleksey Pimanov wrote in a statement, asking the international journalist community for support in securing the release of their colleagues. 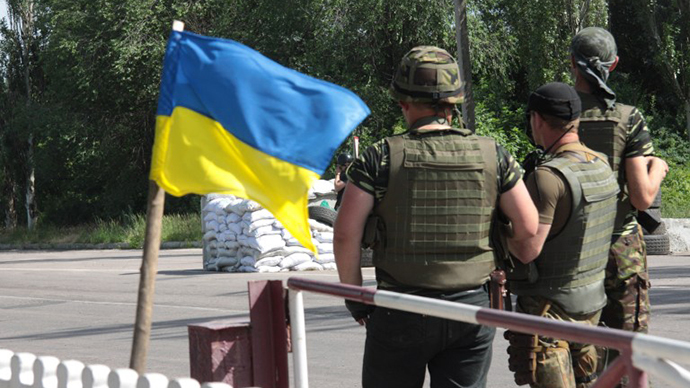 Initially accused of â€œaiding the terrorist groups,â€ they were released a week later â€“ without any charges pressed or evidence of their crimes provided â€“ after a wave of outrage by rights groups and Russian politicians and media. An RT journalist reporting from Ukraine, Graham Phillips, was also detained after a search by the National Guard last month and questioned by various Kiev security forces for over 36 hours before being released.

The area around Slavyansk is gripped by increased violence after Kiev intensified what it calls an â€˜anti-terroristâ€™ operation against anti-government activists and militia who have taken control of the eastern regions of the country as a mark of protest against the Kiev authorities.