'Bless You': WHO Official Gets Emotional Watching Pakistani Boy Dancing 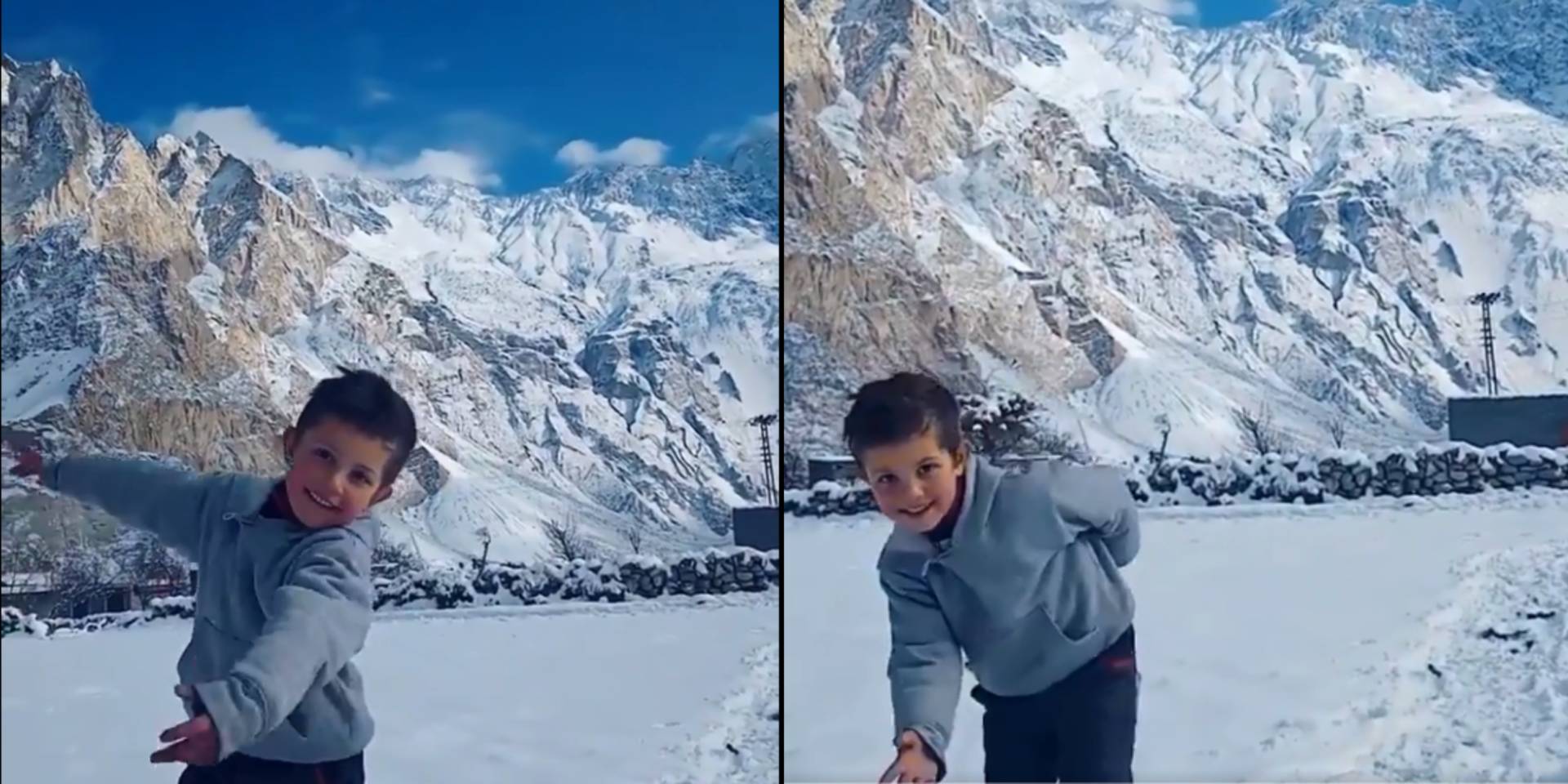 As #InternationalDanceDay trends on twitter, Little Muhammad Raza from the mountainous valley of Gilgit Baltistan in Passu, Pakistan, shows the world that despite all gloom you can still rise and dance happily! And it seems like WHO Director-General Tedros Adhanom Ghebreyesus wholeheartedly agrees.

A video has gone viral in which the little boy dressed to bear the cold weather, flashes an unmistakable happy grin as he breaks down some moves in front of the camera.

Surrounded with snow, cheeks red from the cold, Muhammad never stops dancing. The extreme temperature is doing nothing to damper his happy personality.

UNICEF Official Twitter handle tweeted the sweet video of the boy showing him dancing on a Baltistani local song.

Little Muhammad in Pakistan reminds us to keep moving on #InternationalDanceDay. pic.twitter.com/M3tLPqknbI

Twitteraties from around the world are in all praises for the adorable boy. Not only for his dance moves (which are amazing!) but how he is becoming a face of hope and courage in these testing times.

WHO Director-General sends blessings for the dancing boy

The World Health Organisation (WHO) Director-General upon seeing this video was unable to scroll through it without commenting. He shared UNICEF’s tweet, tweeting “Bless you” for the little boy.

The video was first posted by Little Hamza’s aunt, Shaneela Raza. With a mere following of 900 followers and nine tweets, Shaneela’s video is quickly becoming one of the most liked videos around the world.

Kudos to UNICEF for giving credit when its due to the right person!

The video comes from his aunt, the talented @ShaneelaRaza

A bit of joy in the world! Little Muhammad Razza dances to the tunes of Gilgit Baltistan in Passu, Pakistan, filmed by his aunt @ShaneelaRaza.#ForEveryChild 💙 pic.twitter.com/agykghtOyo

Here is what Twitteraties from around the world have to say for the lovely Hamza.

Chinese Press Release officer for the Chinese Embassy tagged the spokesman for foreign Ministry China and shared the endearing video from his official twitter handle.

Cute 💕💕 lovely video. Thanks for sharing. A little joy in this tough time.

So joyful you can’t stop watching it.

The kid or his aunt would have never thought that an innocent video like this would take the social media world by storm. The video, therefore, became more special not because of Hamza’s infectious smile, but because of the conditions in which he is dancing.

The cold, the snow beneath his feet, the ferocious winds are doing little to damper his state of pure joy as he dances free of any care in the world. This little boy shows us how there is light at the end of every tunnel. how we can find happiness in even the darkest moments. Feeling depressed by the current situation? Just let it go, dance it out!