People Have A Surprising Theory Related To The Bahawalpur Incident 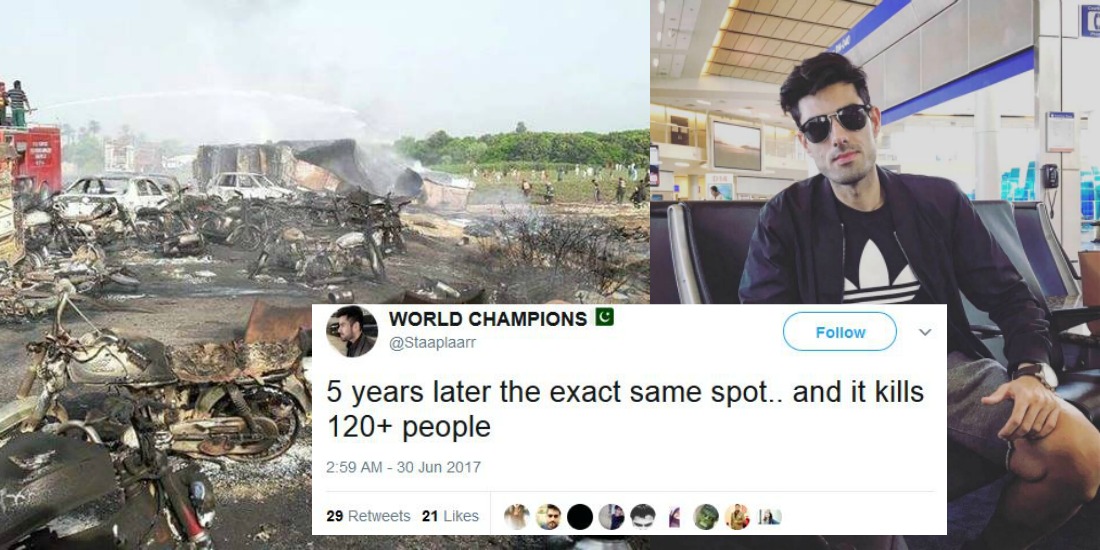 About six days ago a horrifying incident took place in Bahawalpur which took more than 160 lives in just a matter of few minutes. The Bahawalpur oil tanker incident, which was covered by worldwide media, is one of appalling incidents in Pakistan, and probably even Asia. A large group of people who gathered to extract oil from a turned-over tanker suddenly caught fire and blew up. The fire is said to be caused by a lighted cigarette which was caught by the oil fumes, thrown by a person who themselves could not live to see the gravity of his “sin”. Now, after almost a week people are coming up with bizarre theories about the incident which would surely rattle your minds!

The Person Even Quotes A BBC Article To Prove His Theory

Must Read The Last Line Again

“From the Loudspeakers of a Mosque

July 6,2012: Ahmadpur East
On an allegation of burning the pages of the Quran,a mentally challenged man named Ghulam Abbas was arrested and brought to the police station.
Later,the mullah from the loudspeakers of the nearby mosque announced that a man had committed blasphemy and was in police lock-up. On that, the villagers got enraged,came out of their houses and blocked the main highway running through the town.They broke down the gates of the police station, took out the prisoner, threw petrol on him and burnt him alive. Approximately 2,000 enraged locals stood there until the man was completely burnt. 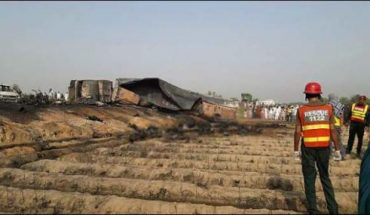 It is not up to us to form any connection to such theories however, if there is a supernatural one then this is one of the oddest set of events that have taken place in Bahawalpur and Pakistan. Regardless, there is a lesson buried in these stories for all of us and only those who care enough would be able to realize it.

The Speed Breakers Of Karachi Are Nothing But A “Yahoodi Sazish”!!!
بانیان مسلم لیگ و وراثان مسلم لیگ
To Top