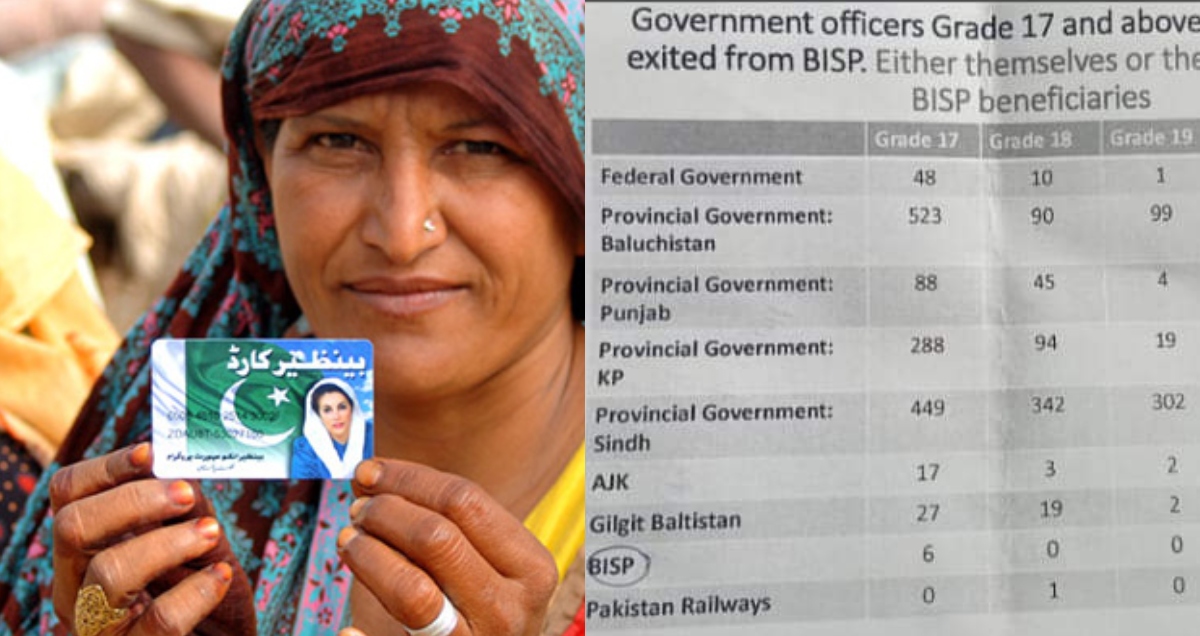 After the incumbent government of Pakistan Tehreek-i-Insaaf came into power, the party warned the corrupt of severe consequences. The journey of accountability, albeit difficult, continues to pinch the country’s notorious elites. That is the case of the Benazir Income Support Programme (BISP).

As a result of a check and balance crackdown on the government-sponsored Benazir Income Support Programme (BISP), many irregularities were discovered. A total of 2543 government officers were also reaping the perks of the BISP.  This has come as a shocking revelation.

Top government officials, including officers from Grade 17-21, were beneficiaries of the BISP, reaping a monthly payroll from the govt programme. The social protection programme was launched after the Pakistan People’s Party (PPP) came into power in 2008. It was named after the slain ex-PM of Pakistan, Mohtarma Benazir Bhutto. Furthermore, not just the 2543 government officers, but a total of almost 820,000 people have been removed from the BISP list. The reason? They did not meet the merit requirement of the programme and are thought to be added on the basis of ‘PR’ or corruption.

The news was delivered by the Special Assistant to Prime Minister on Social Protection and Poverty Alleviation Sania Nishtar. However, the most startling revelation is still of the government officers taking money from BISP.

The province that has seemed to enjoy the best perks in the matter, is Balochistan. Consequently, a total of 741 employees of the Balochistan government were listed under BISP. 62 govt officers from the Federal government also made it to the list. Sindh had the highest figure of over 1000 govt officers, while only 137 Punjab govt employees were on the BISP list.

BISP – not a symbol of merit

For years, there had been a debate of BISP being the murder of merit. How favourites of the PPP were enjoying BISP perks and taking money instead of the ones that needed it more. BISP was planned as a social, poverty alleviation programme, but due to the politics and corrupt aspects, it died its death long before. 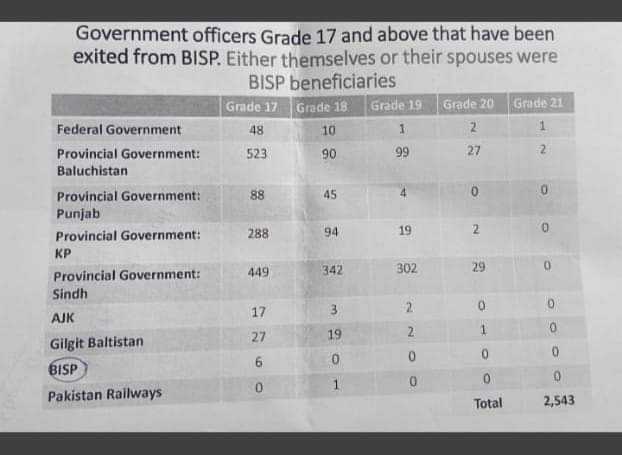 However, many deserving people are still under the list and their names have not been removed. PPP Co-Chairman Bilawal Bhutto Zardari has not taken to amendments in the BISP lightly. He criticized the decision and demanded that the government leaves its decision of removal of 820,000 names.

In addition, it is also being said that from the govt employees, some officers were receiving money under the names of their wives. Along with other house members. Moreover, these names were registered under the ‘people entitled for income support’.

Like everything else in Pakistan, the BISP was bound to be looked in one day. A plan that could have benefited so many for so long, was let loose because of vested interests. So many deserving people could have been seeking ease in their lives, if it wasn’t for the malpractice that continues to run rampant, that is corruption.

PCB Confirms Creation Of ‘Fan Parks’ For PSL 2020 In Pakistan
Twitter Stirs ‘Conspiracy’ Regarding The Ukrainian Plane Crash!
To Top