This article was originally submitted by Akhtar Hafeez

It was last year’s midsummer; when I got a chance to visit a historical place near Shahdadpur. Before the arrival of Islam in Sindh, Hindu rulers were ruling over Sindh.

Birhmanabad was one of them, where Raja Dahir ruled for many years.

Birhmanabad is located in the east of Shahdadpur. It is also known as Dilo Rai ja Darra. Though it was a big city and spread over 12 square kilometers,  now its area has been shrunken up to one an half kilometer. 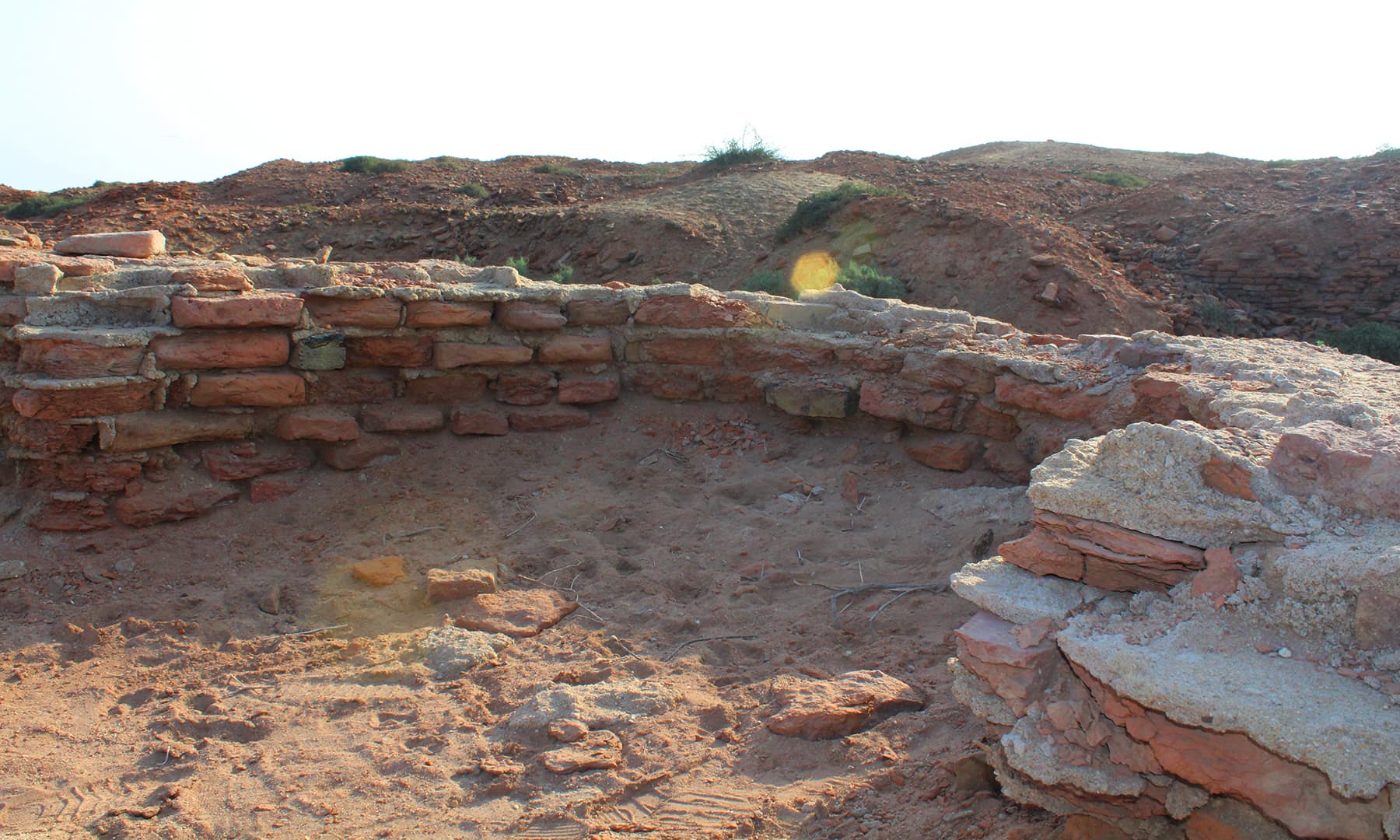 According to a local myth, Dilo Rai was a cruel ruler, who did atrocities against his own people and as a result city cleaned out. At first sight, when you step up on the ground, the crumbled bricks touch the feet and these bricks are scattered everywhere; broken walls and rooms can still be seen, but the tall tower of the city is still in better condition.

It is said the erected tower is a Stupa where people kept the Asthi (body Ash) of Gautam Buddha. Birhmanabad was fully populated with Buddhists and Hindus but Buddhists were the marginalized community at that time; they were totally neglected in the administrative matters of the Darbar. Thus as Raja Dahir was a Hindu Birhman, there was a conflict between Hindu and Buddhist communities. 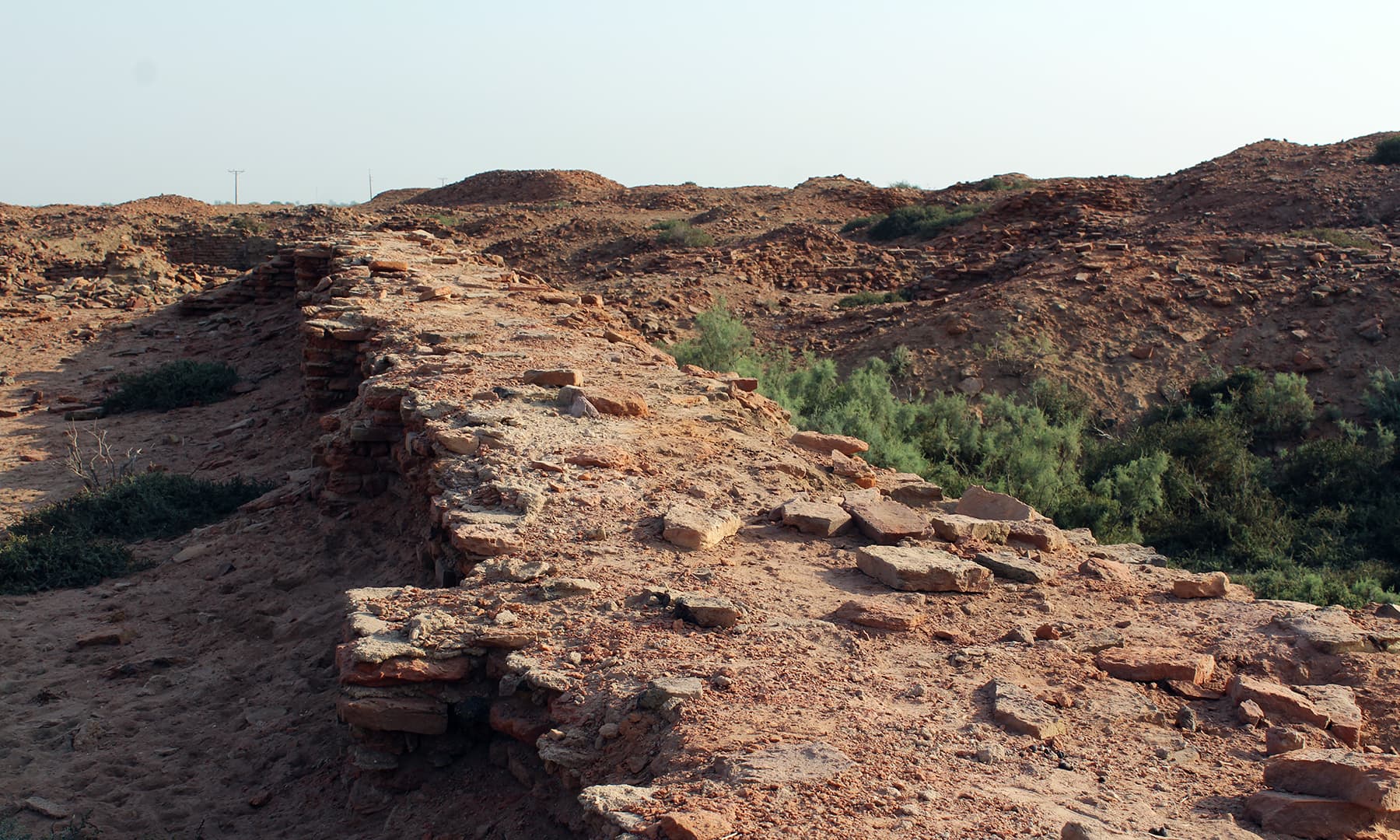 Chach Nama is an ancient historical book; based on the history of Sindh

The book states about the word Abad – “perhaps this is a Persian word and an argument is also given in the book that the city was built by Persian King Behman Ardsher, its (city) real name was Bihmanwa, through times it changed as Birhmanabad.” 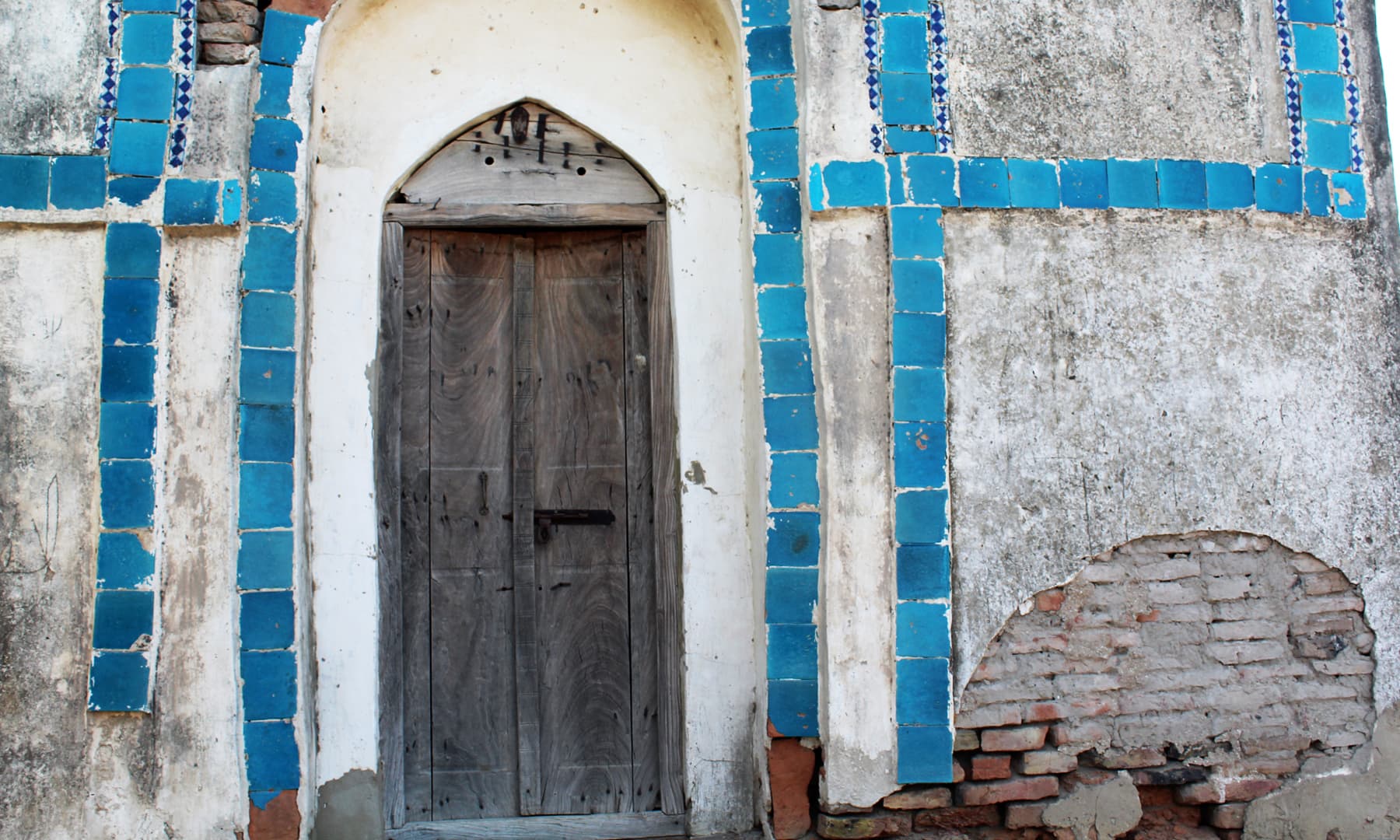 “We are not sure about the year of its construction, but when Hakro and Puran Rivers were passing through this area, Birhmanabad would have emerged. There were many villages located near the city. Indus River was the high way route for trade. Access towards Sea was easy and at the time of Rai family, Birhmanabad was a huge business hub.

Believers of Buddhism were living in quite a huge number.”  Researcher and writer Mashkoor Phulkaro says. 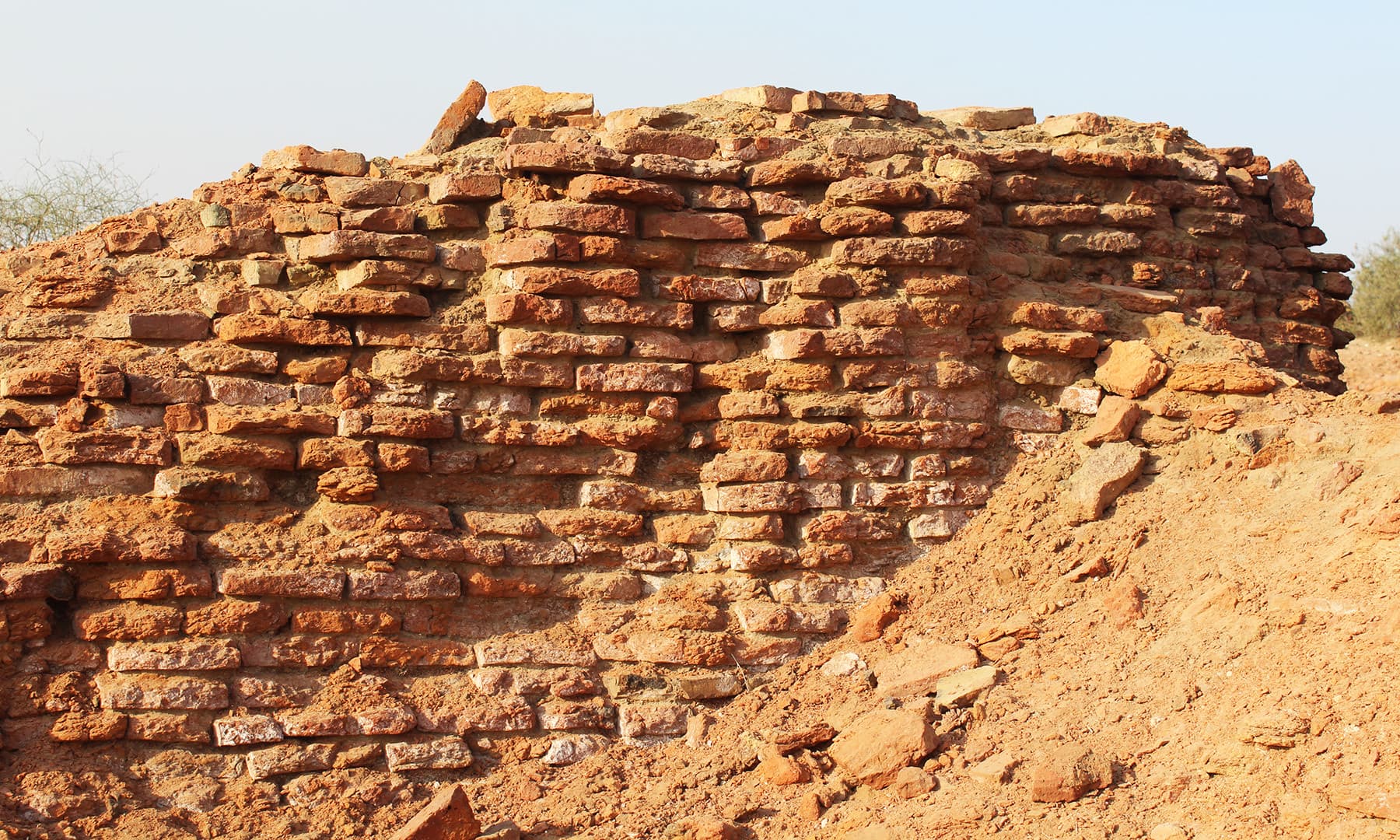 “A Fort was also being built, people from different countries used to come for trade and business. When Raja Chuch took the rein of his empire; believers of Buddhism made coupe against him and announced a war against Chuch. Chuch used his army to crush them. Raja Chuch also waged a war against Raja Agham but he was sick therefore war did not outbreak. This is not Mansoora city, it was built near Birhmanabad.” He added.

Also Read: 10 Exotic Places In Baluchistan That You Will Mistake For Europe

Raja Dahir was the most influential king of Rai Dynasty.

From Aror to Agham Kot he used to visit and stay in summer. When Raja Chuch took the throne; from Rai Sihasi, and got married to Soonh Rani, after marital status he made Soonh Rani the queen of Agham Kot. 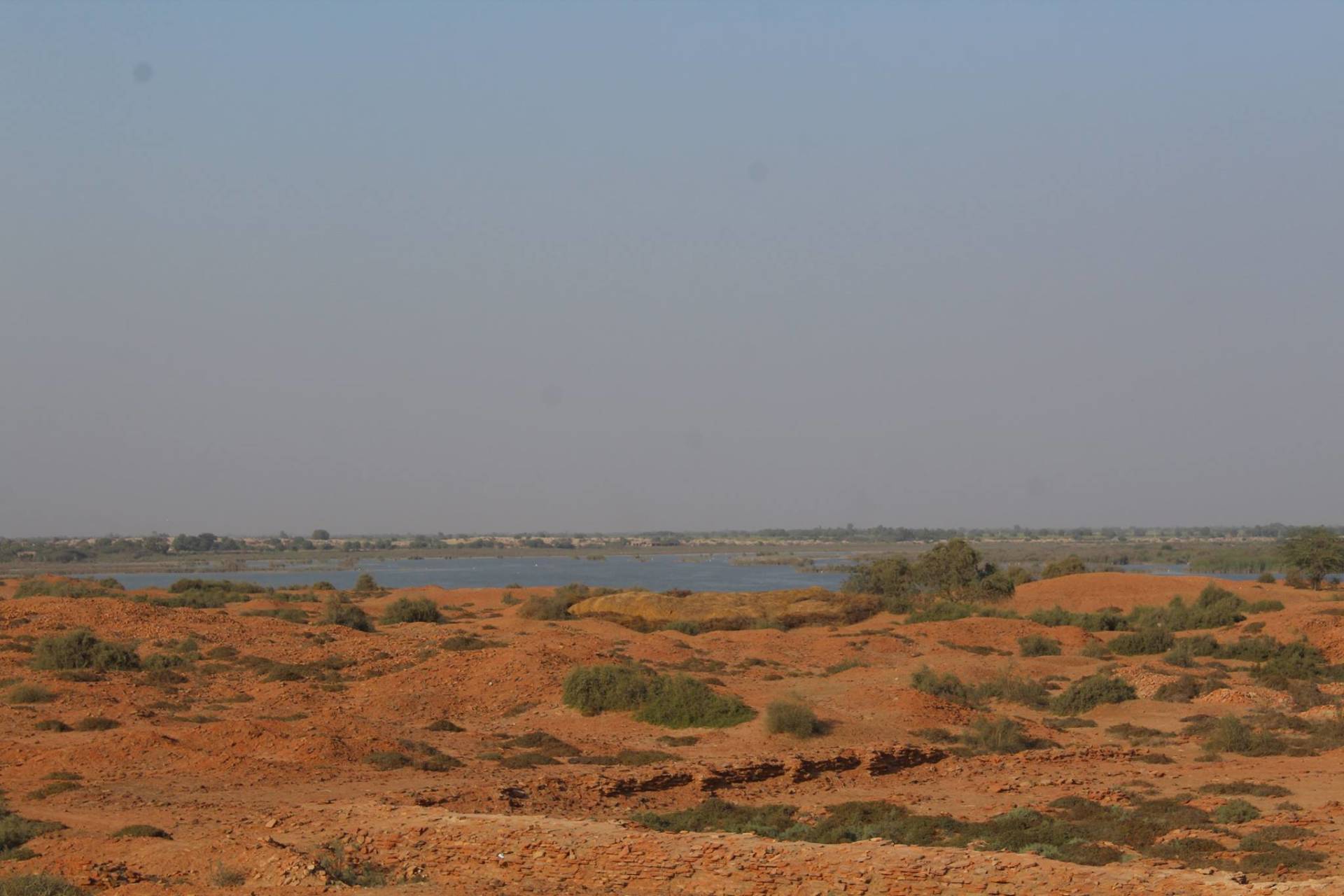 So Birhmanabad was ruled by many rulers at different times. However, when Raja Dahir took control of Birhamanbad things were quite changed.  It was a tough time for him to run his own state; the Arab attacks made the city miserable.

Famous scholar Sibt e Hassan writes about Raja Dahir in his book Pakistan mein Tahzebon ka Irtiqa “Before the attacks of Arabs, Sindh-Arab trade relations were quite good. Sindh was cultivated and rich land. At that time, son, Chuch Raja Dahir was the king and there were two capitals of Sindh, Aror in the east (near Rohri); where Raja Dahir used to live, and Birhmanabad in the south (near Shahdadpur). 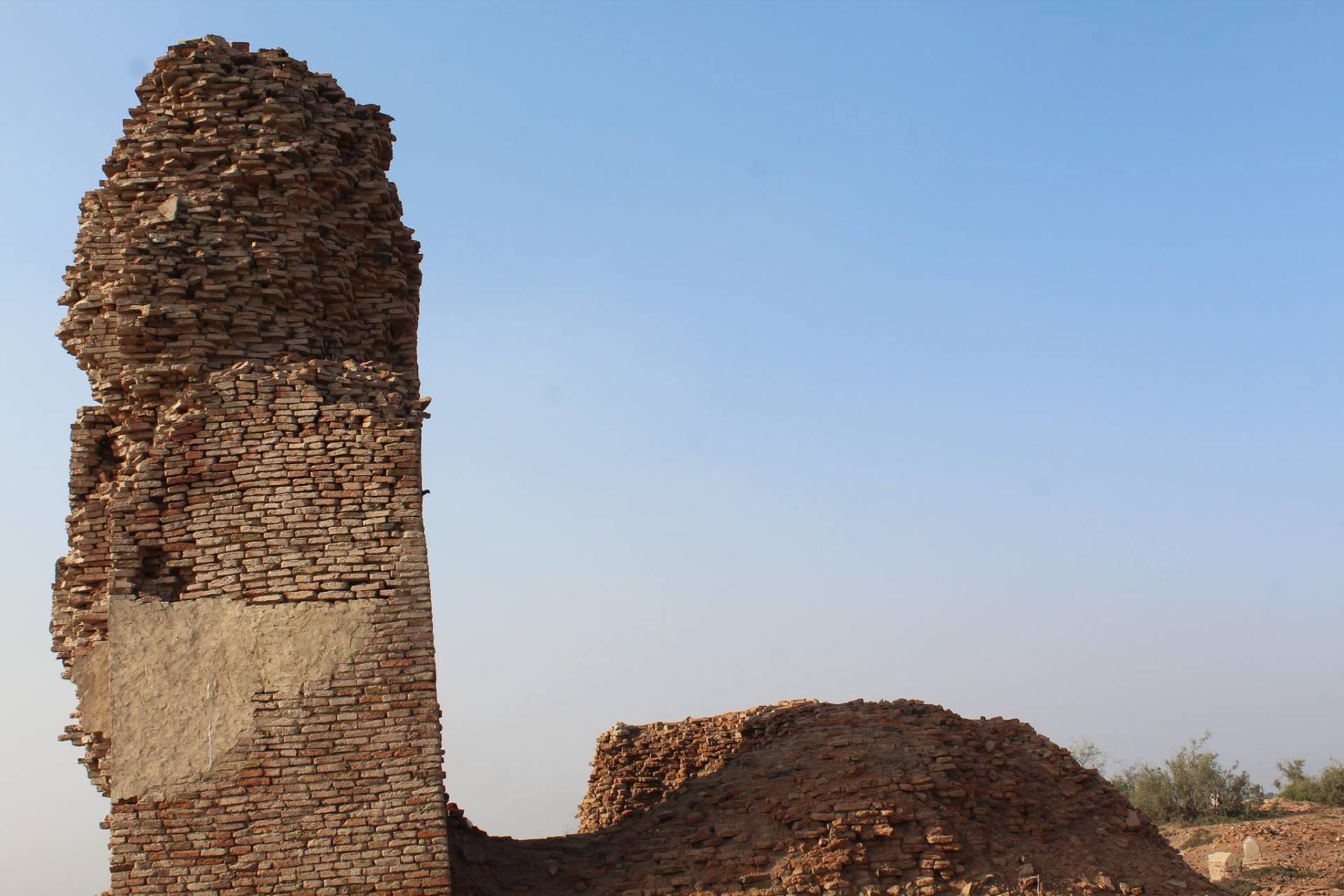 Every province had a governor to run the administrative matters. Most of the people were the followers of Buddhism. They were not pleased with Raja Dahir. The main reason was that he was a Hindu and all supreme designations were given to Hindus.”

Historian and archaeologist Dr Muhammad Ali Manjhi is of the opinion that “Persian ruler Ardsher was the king of Birhmanabad. When Raja Chuch became the king of the city, he named it Birhmanabad. It was a business hub of Sindh, Indus River was near to the city, so business activities were on ascension. 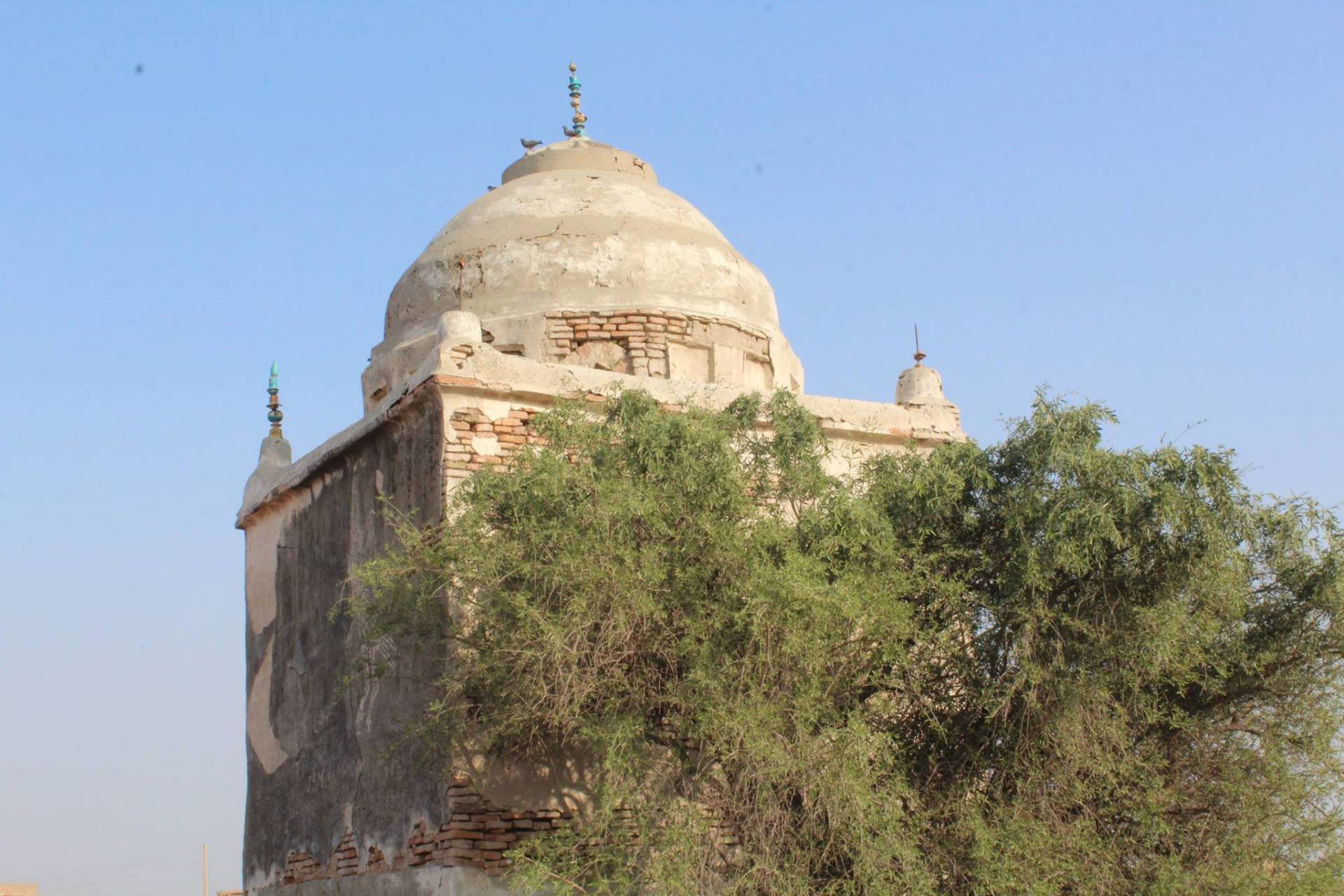 When the Indus River changed its course, however, Birhmanabad lost it all charm. Today where we see the relics of mosques, there used to be an Atish kada but Raja Chuch built a worship place for Hindus instead. After the conquest of Sindh by Arabs in 711-12, they replaced its name as Mansoora.”

I have visited each and every corner of the ruined city, where Raja Dahir ruled and lost his throne. The Culture and Antiquity department of Sindh is trying to restore the city and therefore making efforts for its betterment; hoping that one day, Birhmanabad would attract every visitor’s eyes.

Child Protection Bill To Be Introduced In Parliament, Mazari Tells Court!
Khalil-Ur-Rehman Replies Back To Geo Suspending His Contracts!
To Top