Talking about the honest narrative Prime Minister Imran Khan holds towards Pakistan and the constant efforts he is making to stable the country’s political and economical policies wasn’t witnessed in last government tenures. In every foreign conference Khan attends, the mere agenda he proposes either benefit the oppressed people of Indian Occupied Kashmir (IOK) or attain a strong international prospect for Pakistan.

Among other achievements under Pakistan Tehreek e Insaf (PTI) ongoing tenure, Pakistan has bettered its relations with several power states and showed its wrath to India at several occasions. In the recent trip to the US for the United Nations General Assembly (UNGA) conference, now PM Imran Khan announced ‘Anti-Islamophobia’ TV channel with help of Tayyip Erdogan and Mahathir Mohd. As of today, Premier’s long-awaited meeting with American Business Magnate Bill Gates happened and he has assured Imran Khan to provide $200 Million for the ‘Ehsas Program’.

Here’s what the official Twitter handle of the Government of Pakistan said about the meetup!

Pakistan and the Bill & Melinda Gates Foundation today signed a Memorandum of Understanding in support of the Ehsaas initiative to alleviate poverty in Pakistan. #UNGA #UNGA74 #PMIKInUSA pic.twitter.com/XU1CLkOLek

This is surely a beneficial initiative for the people living below the poverty line in Pakistan bearing their lives with sheer hunger. According to media reports, PM Imran Khan had a meeting with the famous Businessman Bill Gates and a massive amount of 200 million dollars has been assured by ‘Gates and Melinda Foundation’ to implement the ‘Ehsas Program’ in Pakistan for the coming year. Both the personalities have also signed a Memorandum of Association (MOU) to base it on an official level.

The dividing structure of the $200 Million aid!

A major portion of the aid will be spent on the eradication of poliovirus from Pakistan and to implement further measures to prevent it for the future. In order to adhere to the terms of the agreement on the MOU, the amount will be spent on 134 different poverty alleviation programs under the umbrella of the ‘Ehsas Program’. Imran Khan also discussed the issues Pakistan faces regarding polio vaccinating programs and ensured Bill Gates on taking proper measures to eliminate this life-threatening element from the country. 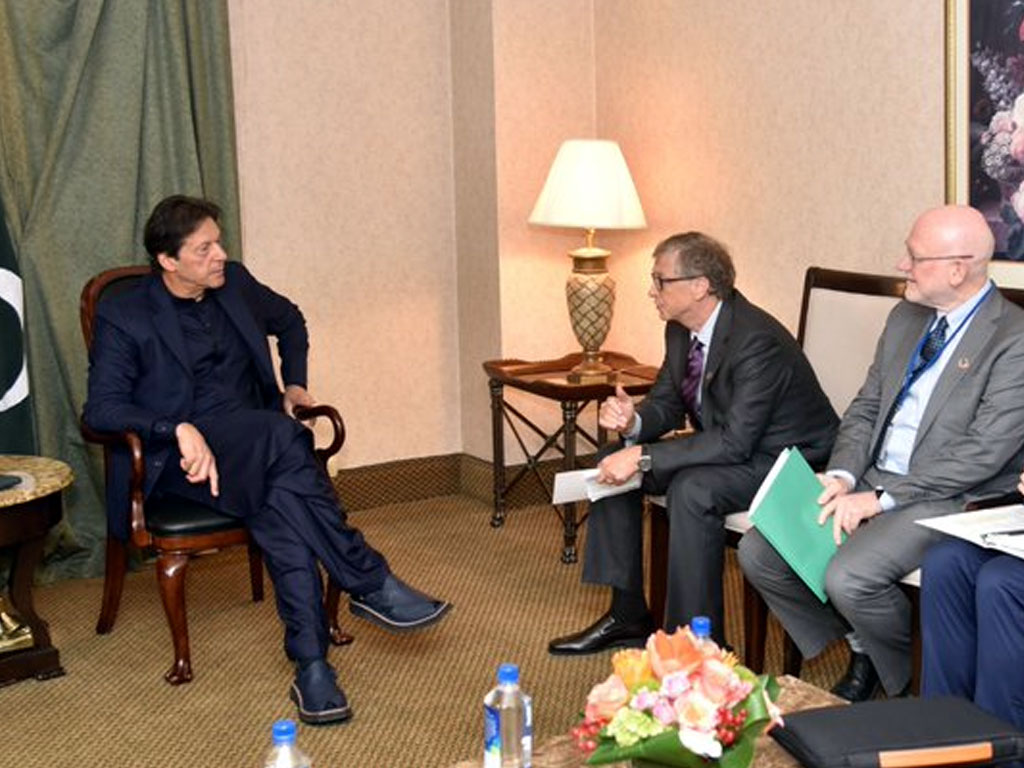 Well, this is indeed commendable news from Khan’s trip to the US for the UNGA conference and finally, someone thought of the poor class residing in the country. In PM Imran Khan’s factual press conference at the UNGA, he thrashed Modi Sarkar on his illegal stance over Kashmir issue and the world lauded it. Later, the Premier met with several Muslim leaders during the UNGA delegations and made a joint alliance against the Modi Sarkar for his brutal approach towards the Kashmiris stuck in IOK.

What do you think of the meeting? Let us know in the comments below!