The novel coronavirus pandemic has affected almost 4 million people around the world. With no vaccine or cure in sight, for now, the deaths keep on increasing every single day. The pandemic has stirred a lot of debates and conspiracy theories on the internet. But none like this particular one.

There is a whole educated lot in the world that now believes that the COVID-19 pandemic was started by billionaire philanthropist Bill Gates. Now, the question arises, why would he do that? The conspiracy theorists have a planned answer for it and here’s what they think.

As per the theorists, Bill Gates has started the virus to control mankind. The 64-year-old CEO of Microsoft and a founder of the Bill Gates Foundation is being accused of stirring the biggest controversy in history. 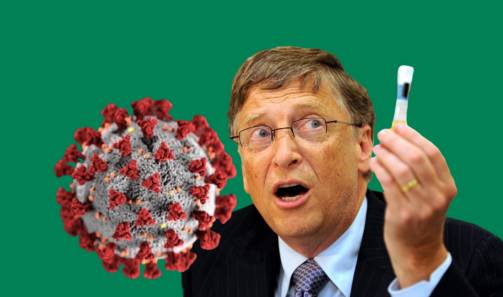 People believe that it will be Bill Gates’ investment that finds the cure for the virus. While giving the ‘vaccine’ of the illness, Gates plan on injecting microchips in humans, which will control their brains.

Here’s what the theory says, as per this Pakistani anchor

We are at the next level of bullshittery at the moment. There's an active group of people including "educated" friends who think @BillGates has planned the pandemic to inject micro-chips into humans to take control of their minds!
Look at this idiot anchor https://t.co/L53qowRxqZ

Pakistani anchor Imran Riaz Khan talked about the theory on his YouTube channel. People believe he is endorsing it as well. This is what he had to say:

“Before today, viruses did not spread like this particular virus spreads. It is being believed that through this virus, new laws will be imposed on mankind. When the vaccine comes to the market, new laws will come which include all the same things being practice today – like social distancing,” said Imran Khan.

He said that nobody will be allowed to work, marry, go out or anything, until they secure a ‘certificate’ of being cured. He then goes on to say that the third world countries will take loans to purchase this vaccine. The ‘powers’ managed by Bill Gates, will try that in the next 5 years, every person is given the vaccine.

All this, to control the minds of humans around the world. The anchor questioned the need for Bill Gates to leave his line of work and ‘find a vaccine to this virus’. He went on to say with confidence that a very small microchip has been created to inject into human bodies.

“Through this chip, Bill Gates and his supporters will make changes to the human body. They will create new viruses. Gates will have the power to speed up or slow down how humans operate. They could make them aggressive, or induce mental illnesses, everything will be under control,” said the anchor.

There have been many conspiracy theories regarding the coronavirus, but this one just takes the cake.

What do you think of this theory on COVID-19? Let us know in the comments.