Bilal Maqsood Says 'Surahs & Duas' On YouTube Should Not Be Monetized

How many times you can recall enjoying your favorite YouTube content without being bothered by a random advertisement? We just cannot think about any, sadly! Our very own singer Bilal Maqsood has some concerns regarding surahs being monetized on youtube.

Whether it’s kids’ rhyme or a music video, there is always an unwanted interruption that you cannot even skip sometimes. Moreover, sadly, such ads also do not spare religious content. 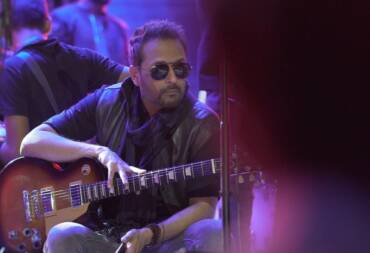 Singer and musical band Strings musician is upset the way religious content is interrupted for marketing purposes. According to him, it is unpleasant.

Bilal Maqsood said surahs and duas on YouTube should not be monetized. Moreover, he also finds them highly disrespectful.

Maqsood is also the son of Pakistan’s legendary artist Anwar Maqsood. Earlier, he had raised his voice against the prospect of YouTube getting banned in Pakistan. Now it’s the youtube monetization on surahs Bilal Maqsood has shed light on. According to him, the ban on an app like YouTube is never the solution.

“Banning YouTube or any other app is not the solution. Even discussing such issues in this day and age is like pushing our country another 20 years behind,” he said.

Surprisingly, most of the Strings musician, Bilal Maqsood’s fans agree with him that surahs and religious content should not be monetized on Youtube. Moreover, many fans said they faced the same issues. However, Some of them criticized the singer, and said, the adverts help give monetary return to those who share good content with the world.