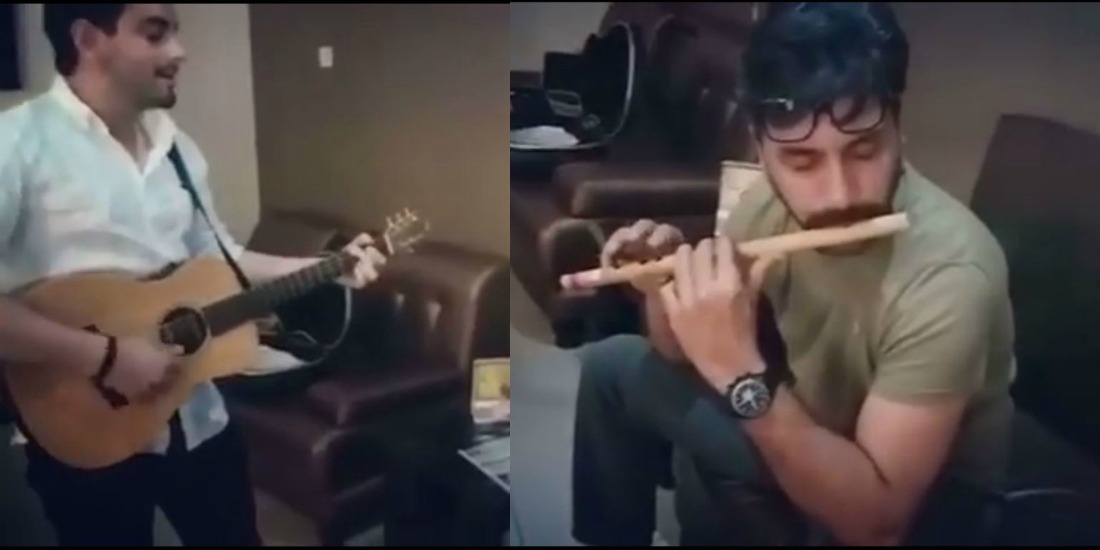 You know you are in for the coolest jam session ever when you see a maestro like Adnan Siddiqui holding a flute and playing it along with the voice of Bilal Khan. Who knew that an artist as professional as Adnan Siddiqui could also do wonders with a flute?

The video went viral during the filming of an episode of Sammi, in Rahim Yar Khan. The two artists were working together in the drama serial that gained a lot of attention for showcasing the ritual of “vani” with as much of realism as it could involve. The drama highlighted a lot of social issues, including the issue of women being forced to bear children till she produces a son. But, that is not all that was going on behind the sets of Sammi as the video below shows something completely different:

If you guys are having a hard time recognizing the song then you should know that it is a song originally from a movie Virsa, sung by Rahat Fateh Ali Khan. The song “Mein Tenu Samjhawan Ki” became quite popular in a short amount of time.

When such an amazing talent meets a person like Adnan Siddiqui, a marvel is only waiting to happen, and it did when the actor took up a flute and started playing it. We may not see Adnan playing for the next Coke Studio season but, we definitely know he has got some real talent which he must also reveal to his fans.

Here’s Why There Should Be A Proper Dress Code For Teachers In Schools Just Like Students
Every Cloud Has A Silver Lining- Cheating During Exams In Sindh, Pakistan
To Top