Bilawal Bhutto's Sexist Statement On 4 Marriages Have Offended Many And He Might Soon Be Getting Married! 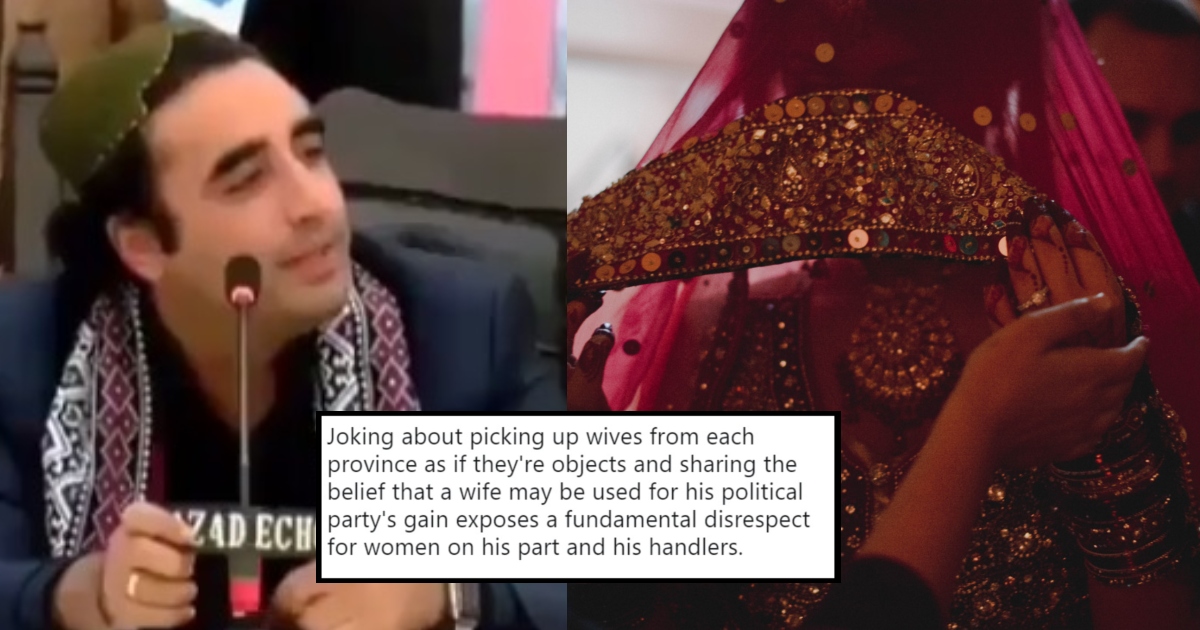 Bilawal Bhutto is arguably one of Pakistan’s most eligible bachelors and the question about his marriage has been around for a while now and Bilawal might have just hinted towards when and who he’s going to marry. And as a matter of fact, we might see four wives instead of one. This is in reference to the slightly sexist statement he made when a reporter asked him about his marriage plans. Although it might have been all in good humor, to some it might have been a little offensive and rightly so. But it’s all good in the hood when it’s Bhutto, right?

Bilawal Bhutto Zardari's witty reply to a question by a reporter at the Karachi Press Club on Feb 2 asking him about his marriage plans and when they would materialize pic.twitter.com/fNqYvaCSmO

The reporter told him that people of Pakistan want to see him in two forms, in the form of a prime minister (really though?) and as a bridegroom. He further asked Bilawal about his marriage plans to which Bilawal replied very cleverly and wittily in his famous, cute, baby accent. Bilawal said that he is thinking about getting married strategically whether it should be before the elections or the campaigns or after the elections. Or should he get married once or four times, from each province in Pakistan.

Bilawal may have unwillingly hit a raw nerve for a lot of people who may look at these comments by him as degrading and disrespectful to women. But some found it absolutely funny and took it as a joke. He might have not meant that in any other way but a joke when he said that he might use his marriage for political gains, but well people have their own comprehension to everything.

Joking about picking up wives from each province as if they're objects and sharing the belief that a wife may be used for his political party's gain exposes a fundamental disrespect for women on his part and his handlers. https://t.co/CaDeJzoo3l

Some think it was just a joke.

Maybe it really was just a joke and it should be taken all in good humor. After all 4 marriages, in this economy? Seems pretty dumb to us even though you’re one of the richest people in Pakistan.

Come on, it was a joke! Bilawal did not think through; but his other comments on Pakistani politics & using Sindh Card in his dynastic interests far more troubling https://t.co/q74WCXyaJ5 via @GVS_News

So it’s all up to everyone’s own perception of how they see Bilawal’s remarks, but we really hope Bilawal gets married soon and has a happily married life. And not everyone is lucky enough to have their grandfathers attend their wedding, but it’s Bhutto here who we are talking about. 😉