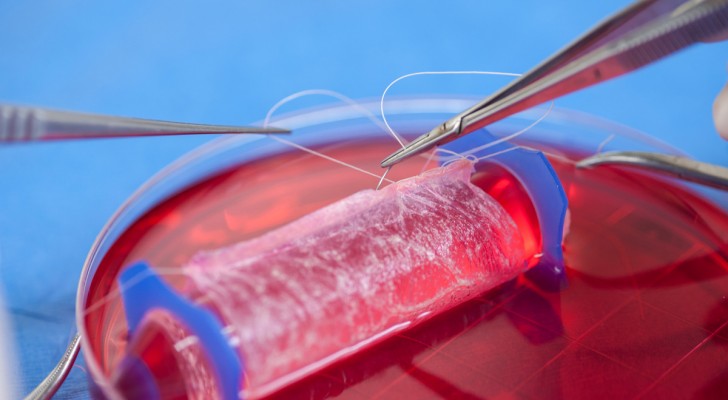 Since the time when scientists developed a human bladder in a laboratory in 1996, they have broadened their scope of research to develop more complex human organs. The human hearts have also been developed in the laboratory and experimented upon to test the various drugs. Owing to these fast developments in medical sciences, people’s lives have become easy.

Advancement in medical sciences and technology has led to the invention of windpipe replacements, replacements of the tear duct, heart transplants, bladder transplants and many more surgeries. The shortage of organ donors has pushed the researchers to develop the human body parts in the laboratory. Interestingly, these parts also made from the person’s cell and genes. This shows the broadening scope achieved by regenerative medicine.

Related Article: How Facebook’s “Year in Review” Post Hurt The Person Who Lost Her 6 -Year Old Daughter Last Year. This is What The Person Had To Say About It!

One of the biggest achievements of regenerative medical sciences is the lab-made female vagina. Researchers were successful in implanting lab-made vaginas into four teenage girls. The results of this implantation were acknowledged earlier this year. In this implantation, the researcher used the tissues of the poorly developed vulva and the biodegradable scaffold was also put into use.

“We were able to shape the scaffold specifically for each patient, and place this device with the cells in a bioreactor – which is an ovenlike device and has the same conditions as the human body – for about a week, until it was slightly more mature.” – Dr. Anthony Alta, the head researcher and chairman of Wake Forest Baptist Medical Centre’s Institute for regenerative medicine.

They developed each vagina from the cells of each recipient and then once they were grown, they implanted them. So far they haven’t received any complaints and patients have reported satisfaction with proper functioning (Many years later). The women who underwent the implants reported normal levels of “desire, arousal, lubrication, orgasm, and satisfaction”. The detailed study was published recently in Journal Lancet. The Vaginas were developed at the Wake Forest Baptist Medical Centre in North Carolina.

“Really for the first time we’ve created a whole organ that was never there to start with, it was a challenge. A functioning vagina was a very important thing for these women’s lives and witnessing the difference it made to them was very rewarding to see.” – Dr. Anthony Alta

This is the revolution in the field of regenerative medicine. This treatment could also be used to cure vaginal cancers, injuries, and also treat patients who want reconstructive surgery.

“A lot of what we are doing right now is really applicable to patients who have a deformity or abnormal organs for many other conditions – of course, the most prominent being cancer and patients who may have an injury in the area.” – Dr. Anthony Alta

The procedure of developing the vagina took 4 to 6 weeks to grow it, and the age of girls receiving the vaginas was between 13 and 18 years. The researchers consulted and evaluated them every year for five to eight years and made sure the organs were functioning properly and everything was going well with the girls.

The world has witnessed some remarkable breakthroughs in the field of medicine but we did not hear about growing the organ in a lab and then transplanting it until now. It becomes more conceivable for a girl’s body to accept an organ that has been made from her own body tissues. In this way, the body is expected to align with the new organ and the patient does not have to rely on medicines to push the body to accept it.

The girls involved in the study were suffering from congenital deformation known as “Mayer-Rokitansky-Kuster-Hauser (MRKH) syndrome, from which currently 1 in 1500 women and one in 4000 female infants are suffering.

Although the medical sciences have still been evolving the achievements like these serve the purpose of serving humanity and influencing people’s lives for good. If medical science continues to do breakthrough like these then that day is not far when the patient’s tissue will ensure the growth of any organ thus simplifying the transplant process. Then, one can imagine the replacement of an unhealthy heart with a completely new and healthy heart, conceived from the patient’s own tissue.