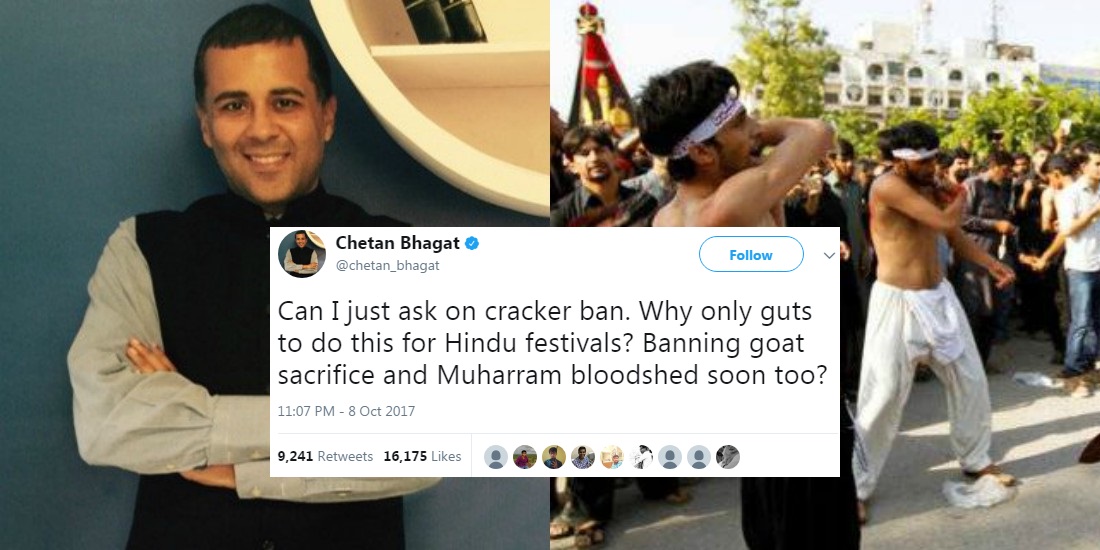 With the festival of Diwali just around the corner, Hindus in India were ready to celebrate just as they do every year. However, there was to be a twist in the tale this time out. The Supreme Court of India has banned all sorts of fireworks in Delhi — sparking an unconventional debate.

Chetan Bhagat, an author, columnist, think-tank and what not for India, sparked a very unusual debate after the Supreme Court’s decision. Bhagat in his tweets demanded that if the SC of India was going to ban firecrackers on Diwali, it would be like banning goats on Eid, bloodshed in Muharram and Christmas trees on Christmas. 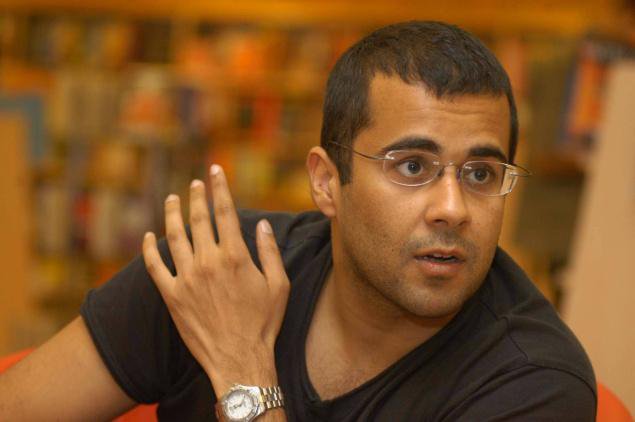 The response he got to the demands, which would obviously hurt people sentimentally, was not what he was expecting. Here are the initial tweets Bhagat posted.

Can I just ask on cracker ban. Why only guts to do this for Hindu festivals? Banning goat sacrifice and Muharram bloodshed soon too?

Banning crackers on Diwali is like banning Christmas trees on Christmas and goats on Bakr-Eid. Regulate. Don’t ban. Respect traditions.

He then went on to explain his point, which was getting a rapid response from famous people including the predicted next Prime Minister of India, Shashi Tharoor.

Your examples of practices integral to those observances; banning them would be like banning lamps onDiwali. Firecrackers are unholy add-ons

“What’s Diwali for children without crackers?”

A Diwali when they can breathe.

it’s sad that @chetan_bhagat tried 2 equate ban with Muharram & Christmas. Pollution is harmful to everyone irrespective of religion

Jhandu bam, cracker is banned to check pollution. Is there any pollution in Bakra Eid and Muharram???

As people mentioned, it could be clearly seen that Chetan Bhagat tried to hurt the sentiments of minorities in India, which included Muslims and Christians. His attempt. however backfired and as always, the initiator tried to play the victim card.

I have a right to have my opinions. If all you can do is give hate, threats and personal attacks in response, reflects more on u.

Surely, Bhagat is qualified enough to know that Muharram and Bakra Eid do not bring pollution to the environment, which is the only reason India’s Supreme Court has banned fireworks. Diwali is due on October 19th and it looks like this debate will go a long way.