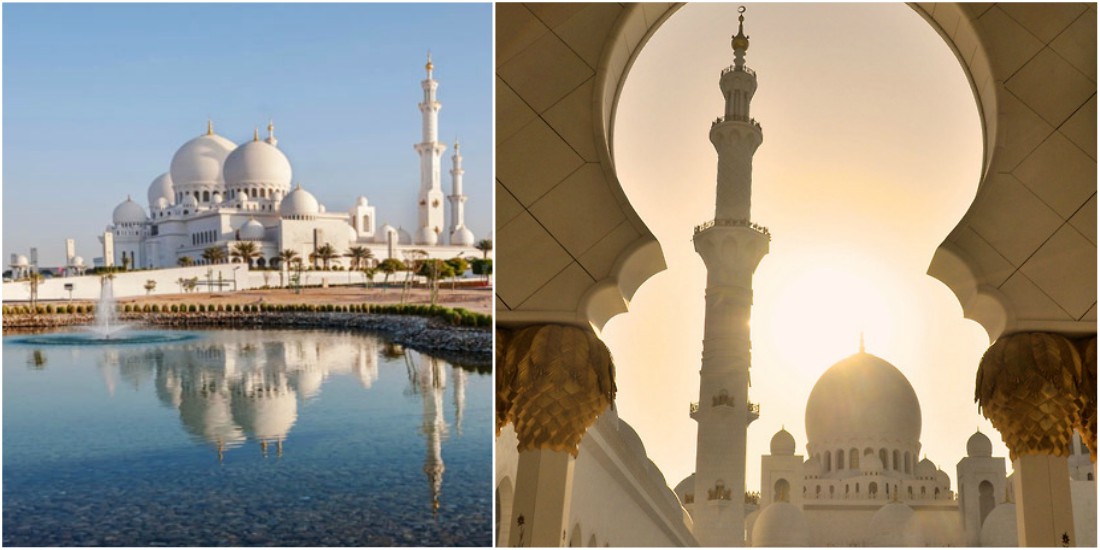 There are many beautiful mosques around the world which are famous. Every mosque has its own specialty… Some have the high minarets, others have magnificent domes. Some have a unique architectural design, and some mosques are famous for the material used in its construction.

To rate the best mosque architecture in the world, it must have to have all the specialties mentioned above. 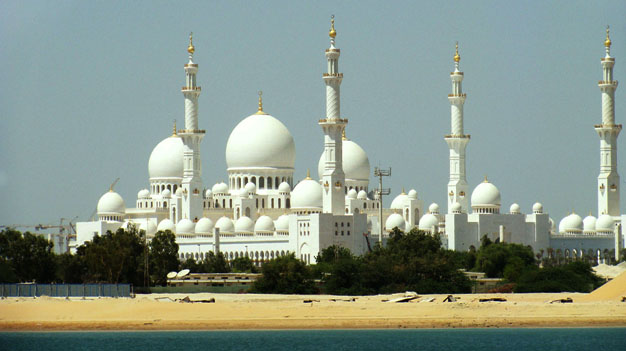 Sheikh Zayed Mosque, located in Abu Dhabi, UAE is considered to be the best mosque architecture in the world. The main architect behind the design of this beautiful mosque is Yousef Abdelky, who is a Syrian architect.

The main idea behind this mosque was to build a place, which combines all the diversity of the Islamic world as well as the modern and historical architectural values of Islam. This mosque spreads over the area of 30 acres. This area excludes the car parking area and beautiful landscaping around the mosque. A huge amount of 2 Million Dirhams, (545 million US Dollars) was spent on the construction of this mosque.

More than 3,000 workers from different countries around the world took part in its construction. 38 renowned construction companies took part in its making. The material used in building this beautiful mosque was collected from many countries. These countries include Pakistan, India, Egypt, Morocco, United Kingdom, New Zealand, China, Malaysia, Iran, Turkey, UAE and Republic of Macedonia. 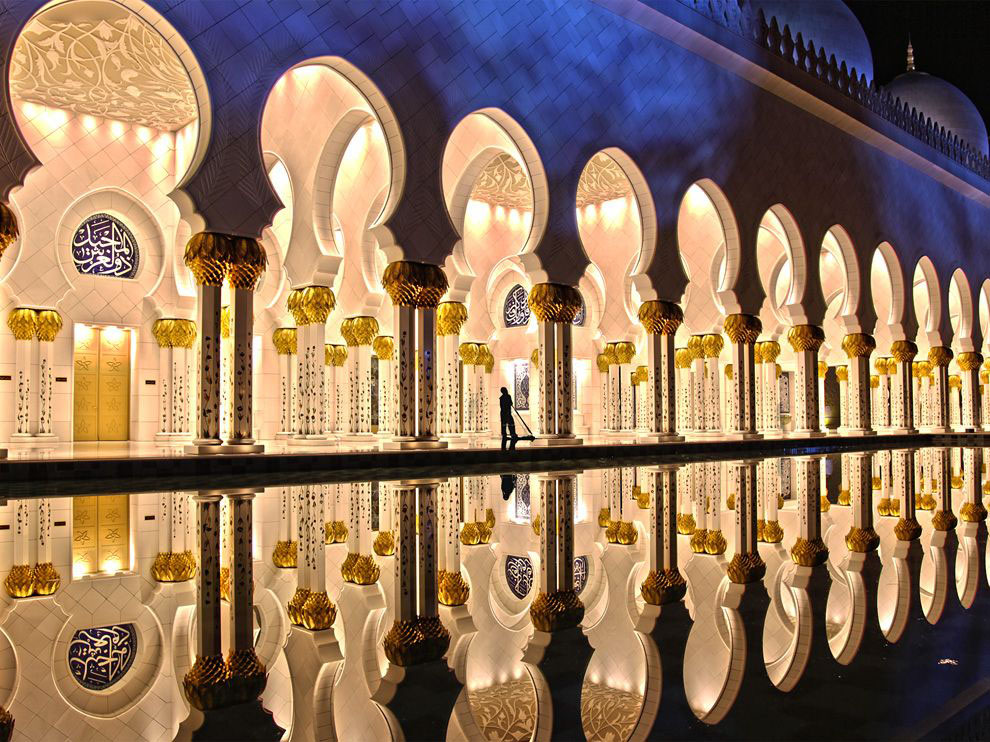 Natural materials of high quality were picked for the construction of this mosque, keeping in view they would last for a long time. These materials include Gold, Crystals, Marble stones & semi precious stones. For this purpose, “Impergilo” an Italian company was picked. The architectural design of this mosque is greatly inspired by Alexandrian, Mughal and Persian Mosques. It also has the touch of Indo-Islamic culture, Badshahi Mosque, Lahore, Pakistan to be precise.

Talking about its special features, The carpet laid inside this grand mosque measures up to 60,570 Sq Ft. It is considered to be the largest made carpet, which was made by Iranian Company. This carpet is designed by Ali Khaliq, an Iranian artist. The weight of this carpet is 35 tons and it was knitted by almost 1300 workers. 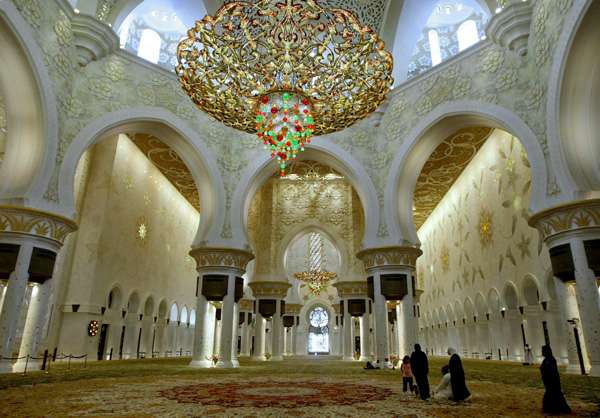 Just for a moment, try to imagine the number of knots these workers knitted. A punching 2,268,000,000 knots were knitted, and it took 2 years to complete. Many different types of marbles were used at different places. Like Sivecwas used, which was imported from Macedonia. This was used in the external cladding and also on minarets. Lass was imported from Italy, and placed on internal elevations. Makrana from India, for offices and annexes.  Aquabiana & Biano from Italy, And Ming Green & East White were imported from China.

The courtyard of this mosque is supposed to be the largest marble mosaic in the world. The span of its courtyard is 1,80,000 Sq Ft. It also has a unique floral design which is very eye catching. The total capacity of worshipers this mosque can hold up to being 41,000. The main hall can handle 7,000 worshipers, while the 2 smaller halls having a capacity of 1,500 each. One of these halls is dedicated to women.

The total number of 4 minarets stands on the four corners of its courtyard. Each minaret has a staggering height of  351 feet. If you see this mosque for the first time from a distance, the first noticeable thing is its domes. The mosque has a total of 82 domes. They have seven different sizes.The outer dome height is 279 feet, while the outer DIA of the dome is 106 feet.

It is a must visit a mosque, and has a nostalgic feeling about it. All the above-mentioned features make this mosque “The Best Mosque Architecture in The World”.

These Are The Most Relatable Ashaar of Allama Iqbal!
This Rendition of Game of Thrones Theme Song by Pakistanis is Simply Stunning!
To Top