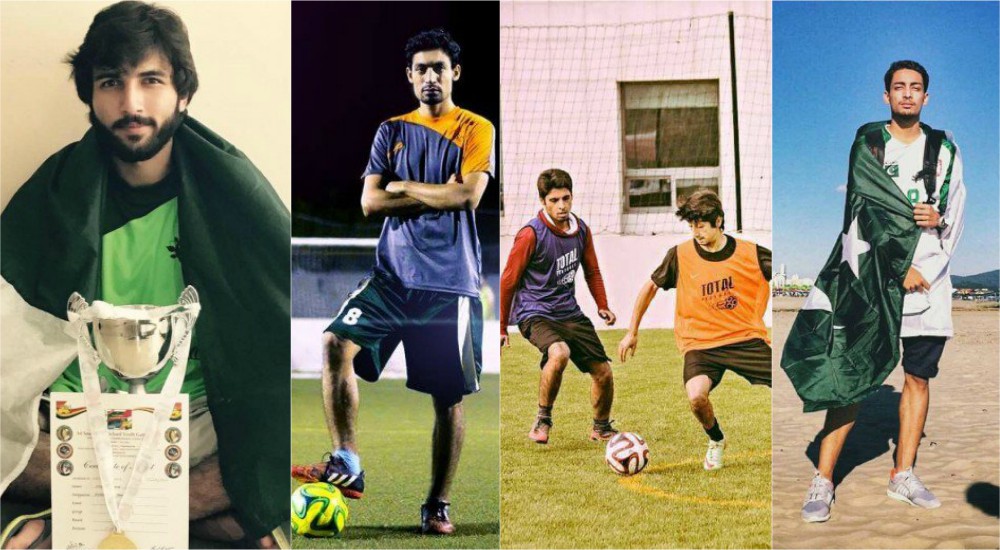 The best VII players in the twin-cities is a tough field to break into; the quality on show is high and there were multiple players considered for each position. Just to clarify the approach, weight was given to the length of a player’s success, but where things got close, we leaned towards recent performances in tournaments. So, if two players were close we used their recent performances as a determining factor and team success also factored into consideration.

That being said, let’s move onto the team we’ve chosen. 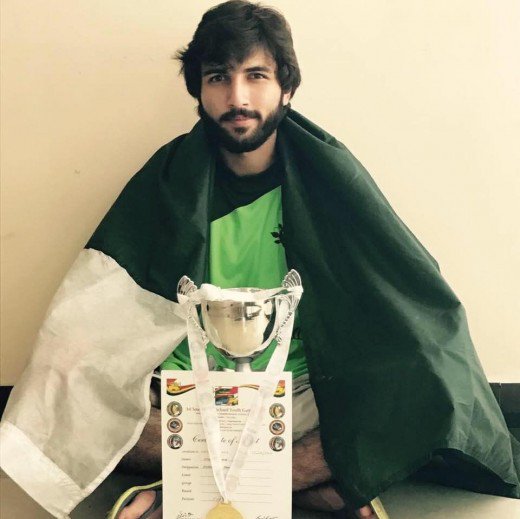 Yasir Khan is the captain of Bahria’s football team. The Bahrians found his way back to Saints FC after a period of moving from one team to another. In a close, competitive field, Yasir Khan is seen as the best goalkeeper in the twin cities. You’d expect nothing less from Saints’ No.1.

That aside, he’s as good as you’ll get. His reflexes and on-the-line work are incredible, while his ability to play the role of a sweeper-keeper gives Bahria and Saints FC an extra element to their play.

Much is made of Saint’s stubborn defensive line, but behind them is an equally capable, class performer guarding the goal. Certain saves that the Bahrians has put together defy belief; springing from one spot to another, he’s able to pull off double-save moves that will blow your mind. 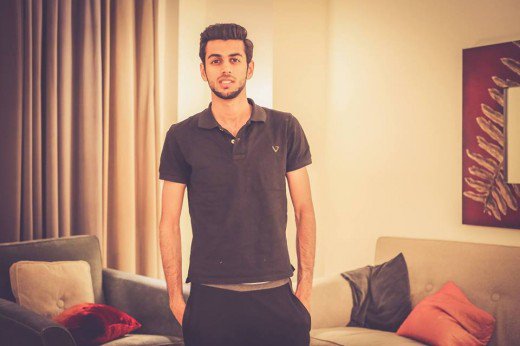 Garrison’s reliable all-rounder comes top in our selection of the best left back, mainly due to his versatility, influence on games, goal scoring and, above all else, flawless reliability. He remains the stimulant for some of the team’s best forward moves.

Abdullah Hamid is one of the few players who has it all, solid as a rock in defense and quick as lightning when going forward, from breaking up play, making important tackles to make key passes, opening his teammates up for a one-on-one situation and scoring from a long-range shot every now and then. 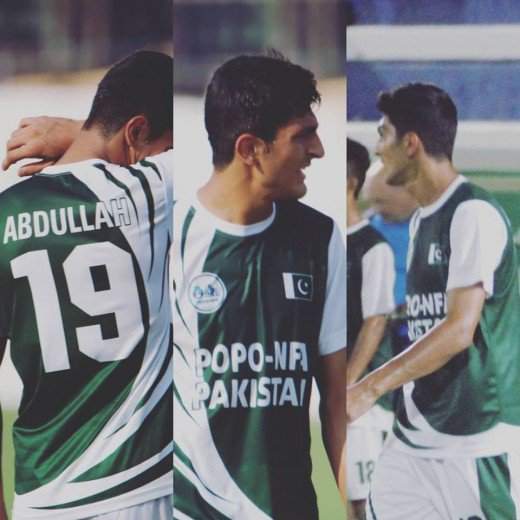 Right-backs are a pivotal part of modern-day football. They can provide defensive security and can also act as an attacking outlet. Many teams in 7-aside, depend on their full-backs to come forward when needed.

The wonder boy from Popo FC is just 16 years of age and has all the makings of a great right back. He’s quick, physically strong, comfortable on the ball and can be defensive when needed. His overlaps are very difficult to track and his in dipping crosses can cause all sorts of problems. The work-rate he produces during games is immense. The 16-year-old is already a regular in Popo’s senior squad and hasn’t even touched his peak form yet.

Abdullah Shah has recently been called for KRL department’s training session. Under Haris Bin Haroon’s management, we can all imagine what a beast Abdullah Shah is going to become in the coming years. 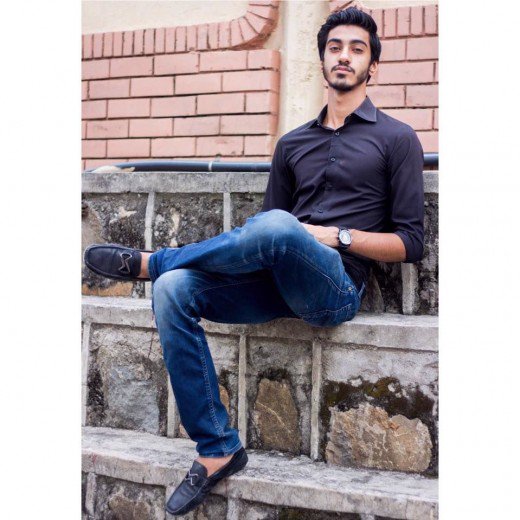 Midfielders are the ones who run the game. They are instrumental in setting up the style of play and controlling the speed of the game. These players are the chain between attack and defense often playing defense-splitting passes and breaking up opposition play as and when required.

Nusrat’s ability to regain possession in the center of the park has been essential, while his desire to push forward with the ball at his feet has created many openings for Saints. Nusrat’s hold-up play, positional sense, and perception of the game is second to none and he is renowned for making consequential interceptions and winning the ball back for his team. Capable of breaking up plays and setting up attacks with equal ease, Hamza Nusrat always ensuring that the ball keeps moving at the center of the park.

Along with his ability to pick the right pass, the Saints mid-fielder doesn’t shy away from an opportunity to shoot from time to time. His ability to pass the ball into the bottom corners is one of the reasons he’s the top goal scorer of the 7-aside Total Chak-Shahzad league, where Saints sit on top of the table unbeaten and have only drawn one game. 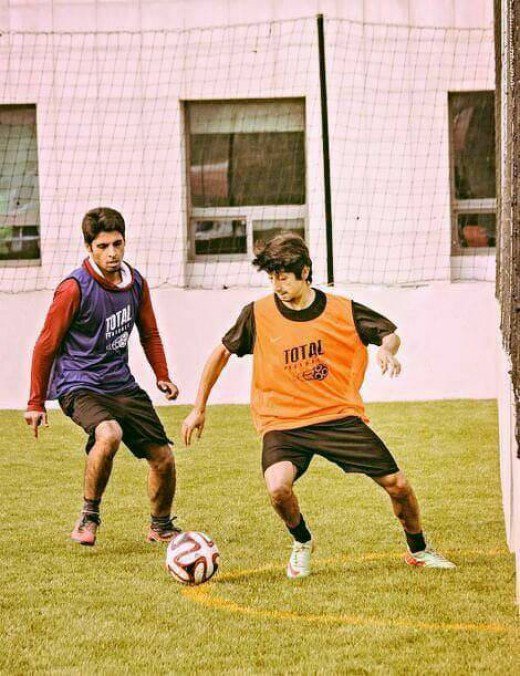 Saints sensation Moeez Sajjad, more renowned as “Ozil”, was the easiest pick for this team. A player who has been instrumental in Saint’s success over the years, Ozil’s dynamic combination of pace, power and individual creativity has been a key for the team.

The versatile left-footed talisman of Saints has shown superb individual displays throughout his career. There are only a few attacking players as lethal as Ozil. He remains one of Islamabad’s most creative and talented wingers, a glorious talent blessed with a host of flicks, tricks, and touches made to humiliate defenders.The wonderful technician has an aptitude for finding space in the final third, from where he can make cross-field passes, thread a clever through ball, or dribble at the defenders himself.

While Ozil is mostly known for his aggressive attacking style, he doesn’t shy from his defensive duties either, proving himself more than capable of charging towards his own goal to stop crucial opposing full-backs and to help his own defense whenever needed.

Given the right platform, Ozil would do wonders for Pakistan. 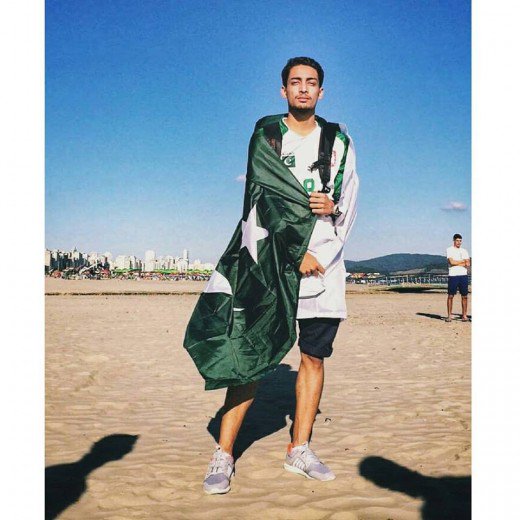 Ruhullah, also known as “Ruhy”, has been representing Highlanders for the past 5 years or so. The speedster is quick, direct and someone who likes to stretch defenses.

Technically, Ruhullah is very gifted, someone who’s wonderfully fleet of foot, blessed with outrageous speed and the ability to convert from his defensive duties into the attacking third within seconds which has been a major part of his success. The winger has one of the best records in front of goal. Only a few in the twin cities can replicate the turn this guy makes everytime he gets the ball when his back is against the goal.

Highlanders Fc is blessed to have someone as quick and composed as Ruhullah in their team, along with Murtaza up front the duo makes it impossible for the opposing defenders to mark them. 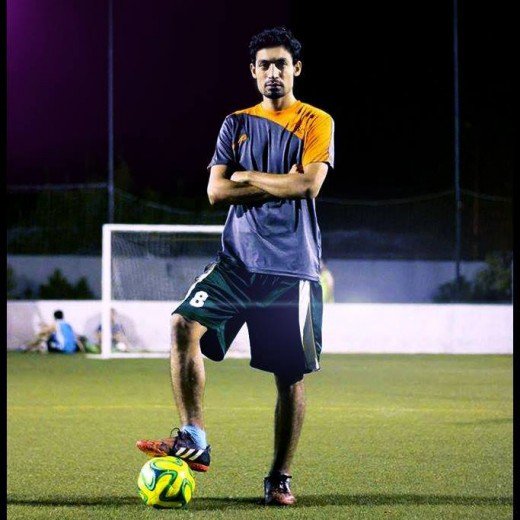 Murtaza is a hard-worker. His physical presence is always a key in big matches, has tons of experience under his belt, and most important is a cool and collected finisher. A combination of speed, power, and agility, Murtaza is equally capable of plowing through defenders and putting away chances as they come. There isn’t a striker as capable as Murtaza in the twin cities. Finding the net isn’t a problem for him, he has been the top scorer in almost every tournament he has participated in.

A Guy Moving from LHR to KHI asks People for Advice and the Replies He got Are Unbelievable
The News of MQM and PSP Merger of both Parties Just took a Toll on Pakistanis!
To Top