Allah SWT blessed Muslims with a beautiful religion that provides its followers a complete guideline on how to live a meaningful life. Islam if truly understood really impacts one’s life greatly giving a sense of calmness, serenity and inner peace with an added sense of purpose and clarity.

It is a known fact that perfection is only the quality possessed by the Almighty. Humans were always flawed and Allah bestowed them with a free will that often leads them to commit some sort of sin(s) whether small or grave. So, He has provided Muslims with an easy supplication that when done with complete sincerity will lead to the eradication of sins.

‘Astaghfirullah’, a simple but powerful dua that a Muslim can read whenever they have the time and Allah will listen. He is merciful and kind. Even in the Quran, Allah has commanded on several instances to ask for forgiveness. This beautiful dua will open doors and ways from places one never imagined. It doesn’t only remove the sins of a believer but also blesses Muslims in various ways. 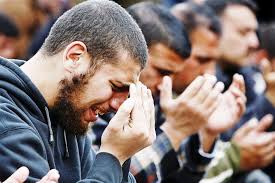 How easy Allah has made for his followers to come back to him after going astray. When the heart is heavy as a result of sins, when the mind is at unrest and worries take over you- A simple repetitive supplication of “Astaghfirullah” calms those storms in your heart.

Benefits of Astaghfar in the Quran.

So many of the Muslims have read the Quran but not truly took the time out to really understand the word and message of Allah SWT. Allah is so merciful that he blesses a Muslim with more than he could imagine when he truly asks for forgiveness. Here are the 8 benefits of astaghfar mentioned in the holy book.

1. It opens the doors of mercy.

The Quran says, “Ask forgiveness of your Lord. Indeed, He is ever a Perpetual Forgiver.”[Quran 71:10]

This is the glory and mercy of Allah SWT that he extends.

2. It will give you wealth and children.

Isn’t everyone hungry for wealth, money and fame? People have become so invested in making money and chasing that dream that they have forgotten Islam and their duties to Allah. They have also forgotten that taking some time out to repent and say Astafarullah as much as you can open ways for you to earn and receive money, from which you never dreamed about including children for those who are seeking to expand their families.

3. A Believer’s Dua gets accepted.

There’s nothing better for a believer that all the duas that he or she makes in hopes that they will one day get accepted by their lord, actually get fulfilled. Astagfirullah has the power to make a Muslim’s duas get accepted.

The Quran says, “Seek forgiveness of your Lord and repent to Him, [and] He will let you enjoy a good provision for a specified term and give every doer of favour his favour” [Quran, 11:3]

So much for so little. This is how great Allah is that in this temporary world where sustaining yourself and family becomes hard, Allah promises that all you have to do is read Astagfirullah and he will bless you with provision but for a specified term. Why specified? Because humans are forgetful and He doesn’t want his believers to forget him.

5. A Muslim is not punished while they seek forgiveness.

The Quran says, “And Allah would not punish them while they seek forgiveness ” [Quran, 8:33]

One of the things Allah makes every Muslim go through are trials and tribulations which scares most of the blievers as it tests the strength of their belief in Allah and Islam. Astagfirullah not only shields a follower from sudde calamities but also provides protection.

6. Allah will send the rain of mercy.

This is symbolic as well as for Allah to increase in our provision and mercy. Perhaps Astaghfar is a way to open our hearts to Allah swt allowing us to lean more towards Islam and His guidance.

7. Adding strength in our lives.

The Quran says, “. . . ask forgiveness of your Lord and then repent to Him. He will send [rain from] the sky upon you in showers and increase you in strength [added] to your strength.” [Quran 11:52]

This world is bound to make us weak and distraught. Astaghfar has the power to provide one with strength and patience mentally, emotionally and spiritually.

8.  Allah will provide you with gardens and rivers.

This could be on this earth or hereafter that Allah promises in the Quran that he will bestow the one that does regular Astaghfar with gardens and rivers.

As we know, this beautiful religion is a complete guide and code to life; teaching its followers how to live a successful, sin-less, and righteous existence that will not only attain them the acceptance of Allah SWT but also Jannah. There are 7 major sins in Islam that will surely land you in hellfire.

9 Signs That Ruhain (Spirits) Are Wandering Around You!
Hardik Pandya Finishes In Style! India Beats Pakistan In Asia Cup 2022
To Top