Ben Stokes is the current vice-captain of the Cricket team of England. Recently, the amazing cricketer wrote a book named, “On Fire: My Story of England’s Summer to Remember.” In the book, he revealed a spicy secret and something related to Pakistan and India regarding world cup 2019.

Ben is confused regarding India’s performance in England VS India in World Cup 2019. He found the performance of Virat Kohli and Rohit Sharma “mystifying”. Besides, he found “no intent” from Dhoni the match.

“Arguably, the way MS Dhoni played when he came in with 112 runs needed from 11 overs was even stranger.”

“He appeared more intent on singles than sixes. Even with a dozen balls remaining, India could still have won.”

“…there was little or no intent from him (Dhoni) or his partner Kedar Jadhav. To me, while victory is still possible you always go for broke,” Stokes wrote in his soon-to-be-published book.

With Dhoni’s position to remain undefeated on 42 off 31 balls, Ben Stoke revealed that England’s dressing room sensed that Dhoni was just prudent of the fact that the run-rate persist intact.

“There is a theory in our camp that Dhoni’s way of playing has always been the same. Even if India can’t win the game, he takes it right to the end to try to make sure that India’s run-rate stays relatively healthy,” Ben says.

“His big thing has always been to give himself a chance of winning by being at the crease for the final over, but he generally likes to stick around to get as close to a target as possible even in a losing cause.” 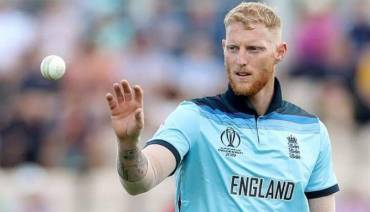 “They allowed their team to get so far behind the game. They showed no desire to put any pressure back onto our team, content instead to just drift along, a tactic that was clearly playing into our hands.”

Stokes also added Virat’s later reasons for depending on short boundaries to achieve the required target that appeared absurd to Ben.

“Yet it was weird to hear India captain Kohli whingeing about the size of the boundaries at the post-match presentation ceremony.

“I have never heard such a bizarre complaint after a match. It’s actually the worst complaint you could ever make.”

“Both teams have to bat out there, and get the same number of balls, so how can the playing area’s dimensions be an advantage to one team or the other?” he wrote.

The win of India against England could have altered the course of the world cup 2019. However, the opposite happened in the event. The allegations and revelations of Ben strokes showcase India deliberately lost to England in the world cup 2019.

Here’s how people on Twitter reacted to the revelations of Ben Stokes:

‘It was such a sad match to watch’

It was such a sad match to watch, India played against the basic essence of the games,the sportsman spirit,just not to let Pakistan qualify for the Semis and finally #BenStokes has spoken up on the very issue.However,I am so glad that India itself didn’t make it to the finals lol pic.twitter.com/7W1TIEFDI4

‘Everyone watching that match knew what’s going on’

Everyone watching that match knew what’s going on.. and India paid the price for it by losing match against New Zealand#BenStokes

‘It was conspicuous manipulation’

It was conspicous manipulation, no novel divulge.
Bravedo to Ben Stokes💗 4 uncloaking the ulterior face of @BCCI despite looming to be marginalized in IPL.
Money is not everything🖒 .

The Cricket match between England and India was of pivotal importance for Pakistan. This is why Nasser Hussain also tweeted and prompted a debate during those times. Anyhow, Ben Stokes revealed the truth which many across the world knew about.

What do you think of the story? Please let us know in the comments sections below!